How To Write A Limerick

I didn’t discover limericks till rather late in life. I imagine that if I had figured out how to write them before I was 22, my childhood journals would be full of more rhymes, but I didn’t. It wasn’t until a work happy hour to celebrate St. Patrick’s Day, that I figured out their wonder. A coworker created a challenge that would award a prize to the best original limerick. I decided that a topical limerick would be my best bet at winning.

We had recently experienced a pretty ridiculous scandal in our department, where our boss was sleeping with her subordinate. It honestly wouldn’t have been so bad if they didn’t deny it and make us feel bad for the rules they were breaking, but they had both quit, and the angst was still fresh. I knew it was a good opportunity to write one about them.

Mine was pretty raunchy and rude, and I don’t even remember if anyone actually won, but everyone laughed at it. I immediately became obsessed with them, and wrote “Does anyone want a limerick written about them?” as my status on Facebook. Today I’m going to share my guidelines for writing limericks, and share some I’ve written about my friends. 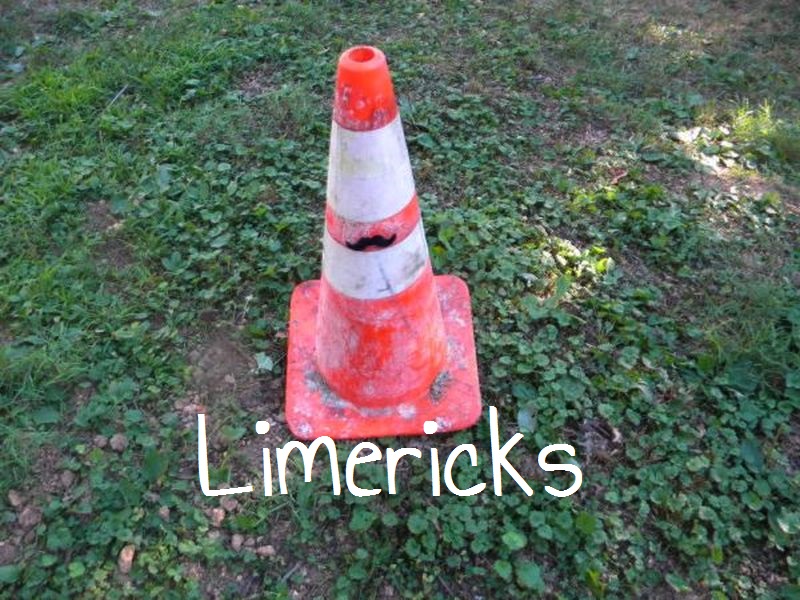 Many people base their limerick lines on the acoustics of “da DUM da DUM da da DUM”, etc. However, I treat it more like a haiku. I’ve figured it out to work well like this:

If you do that, you can figure out where to place the emphasis so it feels more limerick-y. You can deviate slightly from these syllables, as long as it sounds right to you.

There once was a girl named Jenn

Once you have the name, use this site to search for words that rhyme with the name. I tend not to worry if lines actually fits in with the person’s personality. If it does, that’s great! But these are also meant to be funny, so it’s fine if it’s silly. Just as you would with a haiku, try to make a nine-syllable phrase that ends with a word rhyming with the name from line 1. Also search for additional words that you might want to use for the last line.

Lines three and four are the easiest for me. They’re short and can follow a completely new rhyme scheme. You could think of something completely new (the sky’s the limit!), and then use WikiRhymer to find a word that rhymes with the last word in line three.

In this case, I knew I wanted to use “yen” as the last word, so I needed to think of something related to Japan…

Now for the tough part, you have to weave it all together. Think back to words that rhyme with lines 1 and 2, and work it in like a puzzle. Requirements: ten syllables, rhymes, and makes sense! This is the creative part.

As you write more and more, it will become easier and more fun! People love having limericks written about them, and I challenge you to write one today! Send it to your friend and make them smile.

Here are some more I’ve written:

There once was a girl named Riley
Who lived to the east of Hawaii
She had purple hair
And a great sense of flair
If you dance with her it better be lively.

There once was a girl named Janice
She was found, not lost, like Atlantis
She drank a green shake
But that was a mistake
Cause now she’ll never be a pianist.

There once was a girl named Michelle
She was never on Saved By The Bell
Listens to K-Pop
And she runs a gift shop
Did I mention her house is a hotel?

There once was a girl named Suzie
After drinks, she is loosey goosey
But she feeds her cat
Through a straw in its neck
Then she relaxes in her jacuzzi

There once was a girl named Charlotte
What rhymes with her name except harlot?
There’s more to her though,
A variety show
And not all of her letters are scarlet.

There once was a girl named Maria
Yesterday I saw her urethra
I felt my concern
That the burn would return
Don’t worry, it’s just gonorrhea

There once was a girl named Mel
In the ocean is where she dwells
Though she’s not a seahorse
She is, but of course,
The most beautiful purple shell