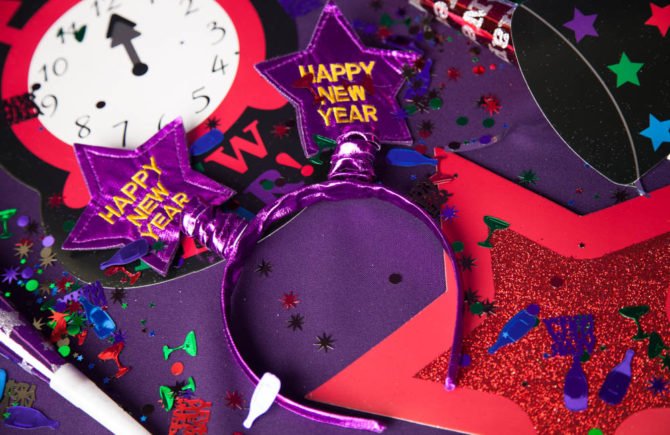 Not everyone loves New Year’s Eve as much as some do. In fact, many people can feel down about it, reflecting on what didn’t get done over the last 12 months, rather than what did. If you are someone who finds New Year’s Eve more depressing than fun, here are some ways to change your opinion of it. Hopefully, you’ll soon love it as much as so many other people seem to.

If you genuinely dislike the traditional New Year’s Eve celebrations, then perhaps it is time to start your own. If you prefer not to think about the clock chiming midnight after the 10-second countdown, then why not get away from it all on a short break instead? You could travel to another country or a different part of your own. You could find the most luxurious hotel you can and enjoy being pampered in a spa or by ordering plenty of room service. Or what about camping out under the stars with your partner? That would be romantic and different, and it would undoubtedly make New Year’s Eve more enjoyable!

Go To A Party

This may sound like a terrible idea if you truly dislike New Year’s Eve, but if you take a look at the Washington DC New Year’s Eve Guide 2019, you’ll see that there are plenty of exciting, different parties to attend that are nothing like the disappointments you may have encountered in the past. These specially organized and themed parties could be just the thing you need to turn you from a New Year’s hater to a New Year’s lover. It’s all about finding the party that suits you, rather than attending the same old party year after year with people you don’t really like in a venue that isn’t tailored to the event. Find a great party that is all about glitz and glamor, and you’ll want to do it again and again.

Additionally, a dinner party can be just the antidote that you need to cure you of your dislike of New Year’s Eve. You can organize and host the most sophisticated and enjoyable evening for your friends and family; when it’s done right, a dinner party at New Year’s Eve, timed to perfection to allow for everyone to watch the ball drop in Times Square as they’re sipping a glass of champagne, is lovely. You can create a number of different courses, themed if you prefer, that will last all evening. Have a suitable playlist in the background and your New Year’s Eve will be a success.

Some people will only enjoy New Year’s Eve if they don’t have to celebrate it at all, and that’s perfectly fine. If this is the case for you, you can go about skipping New Year’s Eve in a number of different ways. The important thing to remember is that you must be busy when midnight rolls around – perhaps by going to bed early – because if you don’t notice it has happened, you won’t get upset by it.