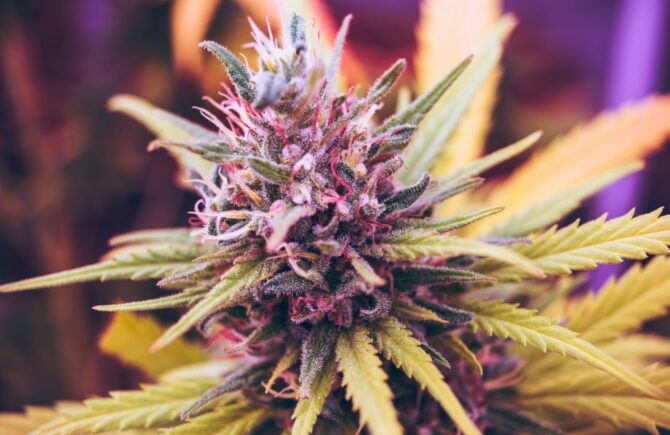 How Long Does Cannabis Stay In Your System?

With cannabis becoming legal in more and more states across the US, people are more likely to try it. There are some concerns that people usually have when it comes to consuming marijuana though. Some of these include the effects they may feel and the side effects that could arise. One interesting point of concern for people, however, is how long weed stays in the body and through what ways it can be detected.

This is How Long Does Weed Stay In Your Body

As much as we would like to have a straight answer to the question of how long does cannabis stay in system, there isn’t one. The answer relies on a number of factors. It’s also complicated because when you consume cannabis, the THC inside your body is absorbed into various tissues and organs that can retain it for days and even weeks at a time. The liver processes the THC into 11-hydroxy-THC as well as metabolites. The latter are cleared via urine after a good number of days.

So, how long does cannabis stay in system tissues and organs? In the case of regular consumers, it can linger in the body for months. This is because THC finds its way into the fatty tissues of the body and it can take a long time to get eliminated after one stops consuming.

In the case of light users, cannabis does not stay this long in the system. It can still be detected various days after consumption but this time is not comparable to the months it can stay in the body of a regular consumer.

It is significant to note that, although cannabis is a tried and tested method of easing things like anxiety, pain, and other severe health issues, there are other ways to achieve the same effects if you are hesitant to spend money on a drug that might not be as helpful as you think it will – everyone’s body responds differently to various types of medicine, after all. In fact, marijuana overuse can have serious side effects, so it is also vital that you look after your surrounding friends and family who may have just turned to cannabis and have started using it regularly. People who are dependent or addicted to marijuana cannot quit using it, even when they experience negative consequences such as trouble carrying out their daily responsibilities. If any of these symptoms apply to you or a family member or acquaintance, it’s time to get assistance.

Worst case scenario, you might have to urge them or yourself to turn to DBT for addiction, wherein there is space for learning about how to be more in tune with and be able to regulate your emotions in a healthier way in order to avoid nurturing poor choices in terms of behavior and well-being. Even though marijuana is continuously being studied for medical uses, it still has the potential to be abused. The level of THC in marijuana has progressively increased over the last several decades; today’s marijuana contains three times the THC content of 25 years ago. The greater the effects of THC on the brain, the more probable it is that marijuana-related emergency department visits will grow. While greater THC is expected to contribute to increased rates of dependence and addiction, there is no evidence on how higher potency impacts the long-term hazards of marijuana usage.

Types of Tests for Detection

One of the factors that influence marijuana detection windows is what kind of test is being done. Here are the common tests that are used:

As stated before, there are many factors that influence marijuana detection windows in the body. However, cannabis is not a powerful hallucinogenic drug as acid. it stays in your system for not so long, and you can use detox methods. For example, how long acid stays in your system depends on how much you took, how strong it was, your size and body weight, and other factors. So whenever you ask yourself, ‘how long does weed stay in your body?’, keep these in mind:

There are other factors that influence marijuana detection windows but these are the primary ones. Many people try to find ways in which they can get the cannabis out of their bodies quicker. Some popular methods involve exercising to speed up the metabolism, taking detoxification kits, and drinking more water than needed. However, most of these don’t work significantly enough. The most important thing is to make sure you don’t get dehydrated because that can lead to higher THC levels. Other than that, there’s not much to be done for quicker elimination of marijuana.

The question of how long does cannabis stay in system is a popular one, especially if you have to undergo some sort of a drug test. Knowing the factors that influence marijuana detection windows is crucial to determine how long the weed will stay in your system. This information should help you make more informed choices when it comes to consuming cannabis.