About two weeks ago, I turned 25, and I started a new goal list. I’m excited to report that I’ve already crossed off one of the things on my list. A hot air balloon ride!!

I love all types of balloons, and I always have. The aesthetics of a hot air balloon have always been extremely lovely to me, and I’m so glad that I finally got to ride in one. 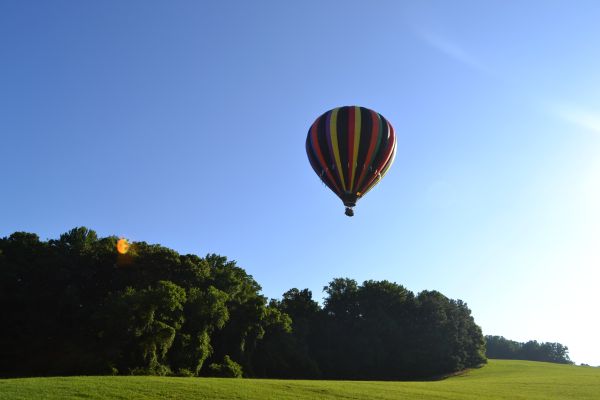 As cool as it was to be floating while standing in the sky and look down on the trees, earth, and extremely angry dogs (they hate hot air balloons!), my favorite part was definitely watching it get inflated. 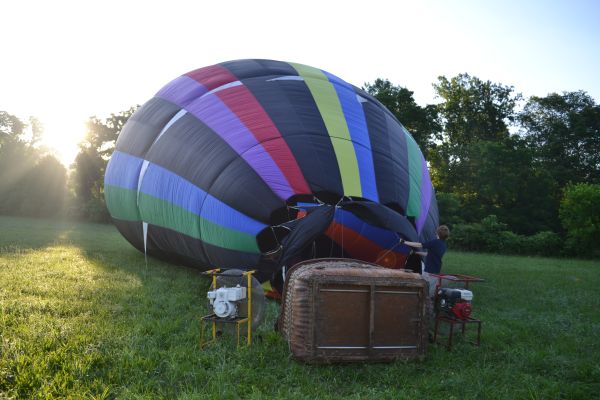 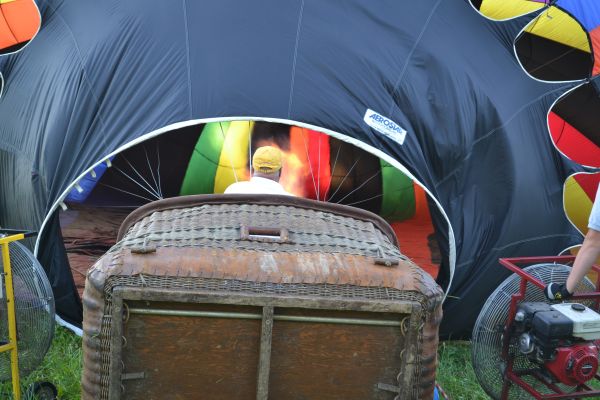 It’s definitely a process, and you really need to know what you’re doing. It took four guys to do it. But soon it was vertical, and ready to go! 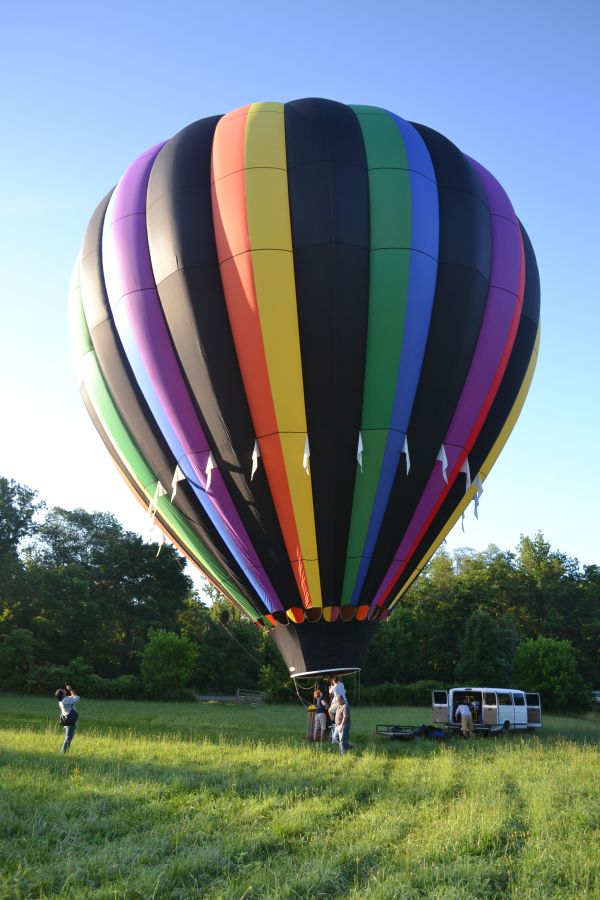 I was surprised at how small the basket was. There were four of us in there, and we each had our own corner. It was slightly uncomfortable to have to stand still for a half hour. I could have moved more, but it made the basket wobble, and I was like “ahh!”

The pilot, Mike, was so great. He was very friendly and professional. He told us that they have 36 launch spots, and they determine which one they use completely based on the wind that day. When I first got there, he released a black balloon into the sky, and then used a little tool that looked like a weird set of binoculars to determine the wind patterns. The launch spot we used hadn’t been used all year.

The reason I say that, is the houses, dogs, and people we flew over, hadn’t seen the balloon rides in at least six months. But, even at 7:30 in the morning, they would yell up to us and say “Mike! How are you?!” It was so funny. I mean, obviously there aren’t a lot of hot air balloon pilots in Bel Air, Maryland. But I thought it was really fun that everyone seemed to know him and that we could have conversations all the way up there! 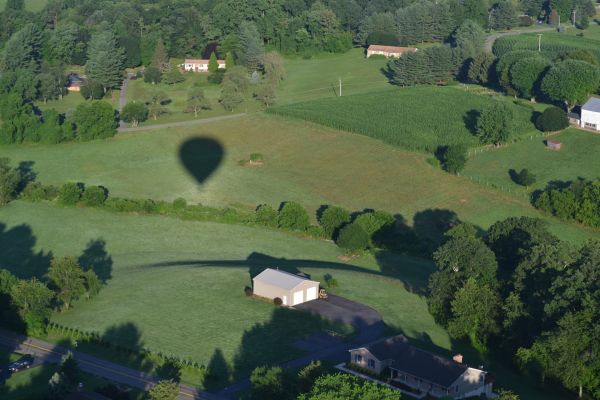 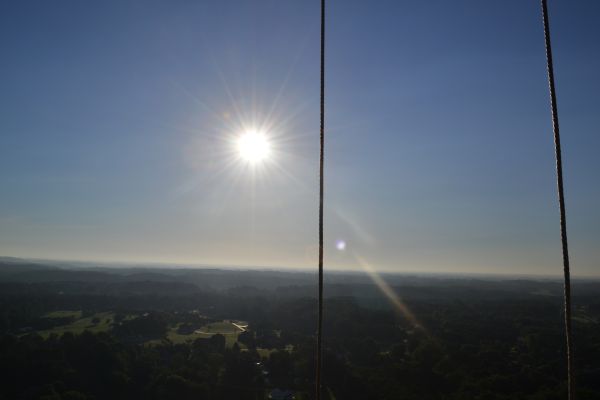 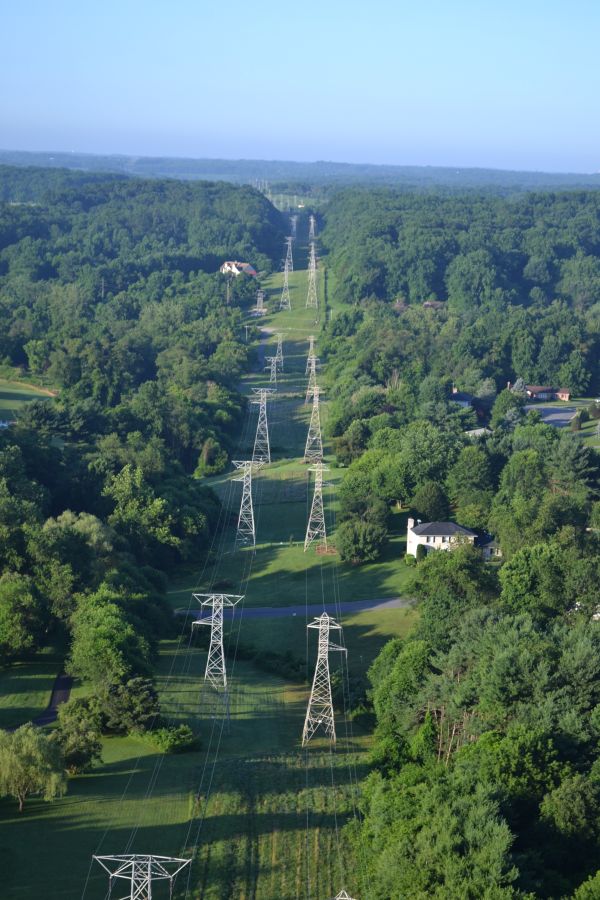 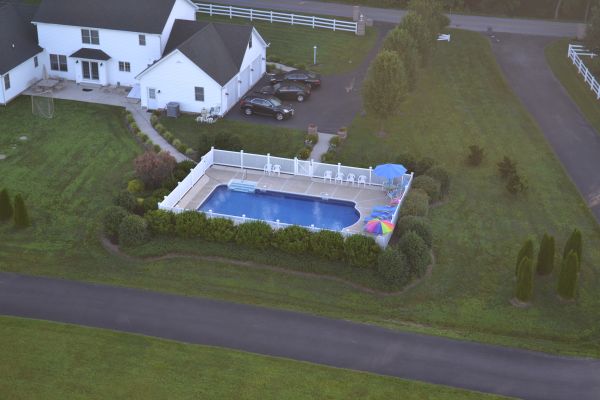 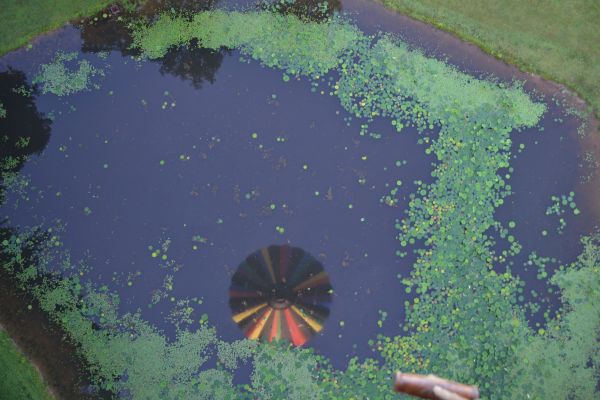 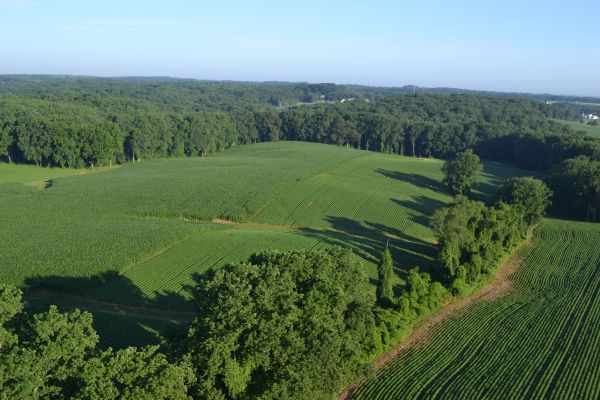 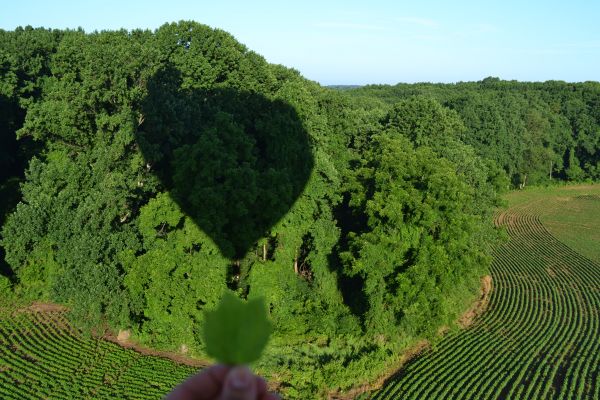 (We brushed against the tree tops, and Mike got us leaf souvenirs.) 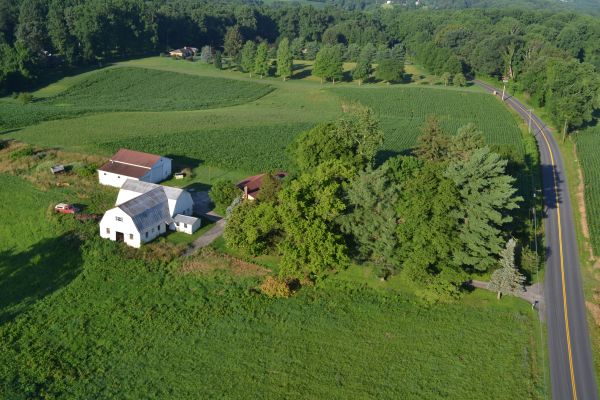 The landing was really funny. You just kind of plant down. The three guys who helped Mike to inflate the balloon had “chased” us, and were ready to catch us. They have to hold you down so you don’t got back up in the air.

When we landed, there were two more passengers who were waiting for their turn. It was fun to watch them fly away. 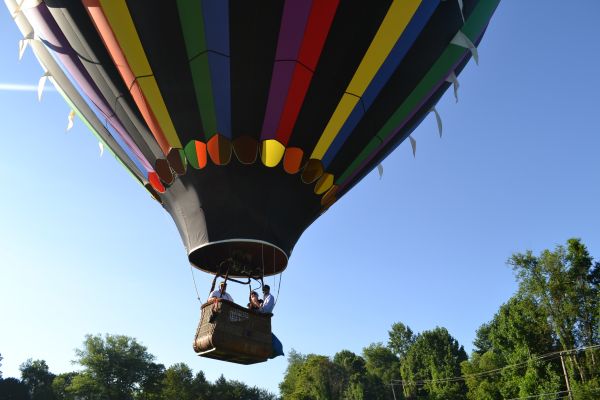 The guys drove us back to our cars, and insisted upon a traditional toast that follows all hot air balloon rides. Apparently, in the 1700s (when ballooning first began), farmers thought that they were demons and they would attack them when they landed on their farms! So, they started carrying champagne with them, to win them over.

They gave a really beautiful toast, that I wish I had written down somehow, we drank pink champagne, and I got in my car and drove back down the windy road I came in on.

I flew with Light Flight Hot Air Balloons, which I absolutely recommend. They were the cheapest in the area, very friendly and professional, and they also offer a half hour ride versus the hour that everyone else does as a standard. It’s a pretty expensive activity, so if you can cut it in half, it’s even better.

Have you ever been in a hot air balloon?