Did you know that today is Gingerbread House Day? Have you made one yet this year? You can pick up a kit at most craft and department stores, although, I would like to advise you to look closely at what comes in your kit. Charlotte and I had a great time putting ours together, and we call it Casa De Candy! 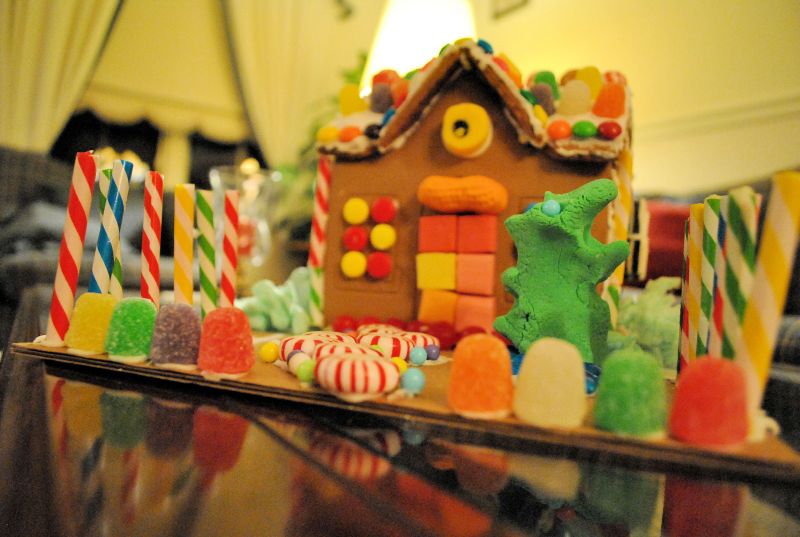 This is the kit I bought, although I don’t recommend it. It barely came with any candy! Not even enough to match what’s on the box! Charlotte dumped out the contents, and we looked at each other in horror. Without saying a word, we put on our shoes, grabbed our bags, and headed to the dollar store to get more candy. 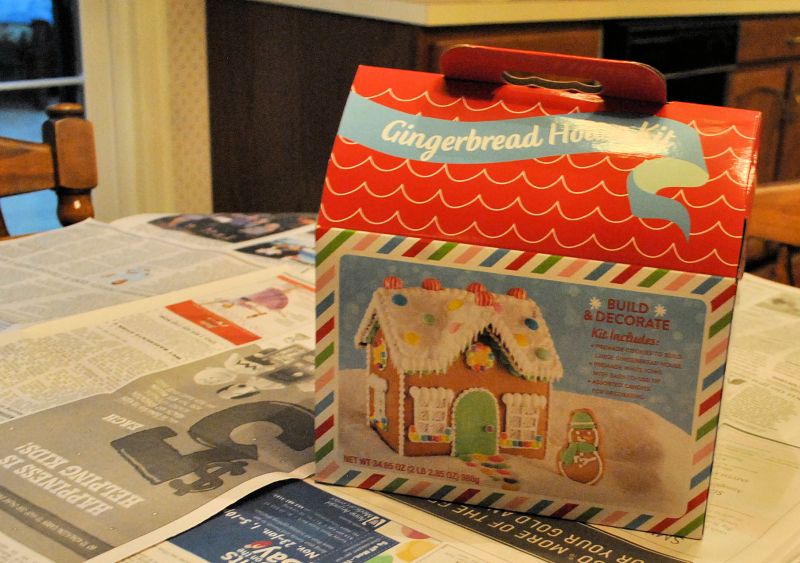 Now, we may have gone a little overboard with the candy. Maybe. I’m not about to say there’s such a thing as too much candy, but I did feel it was necessary to tell the cashier that there wasn’t anything wrong with us. I realize now that I said it with a blue mouth… 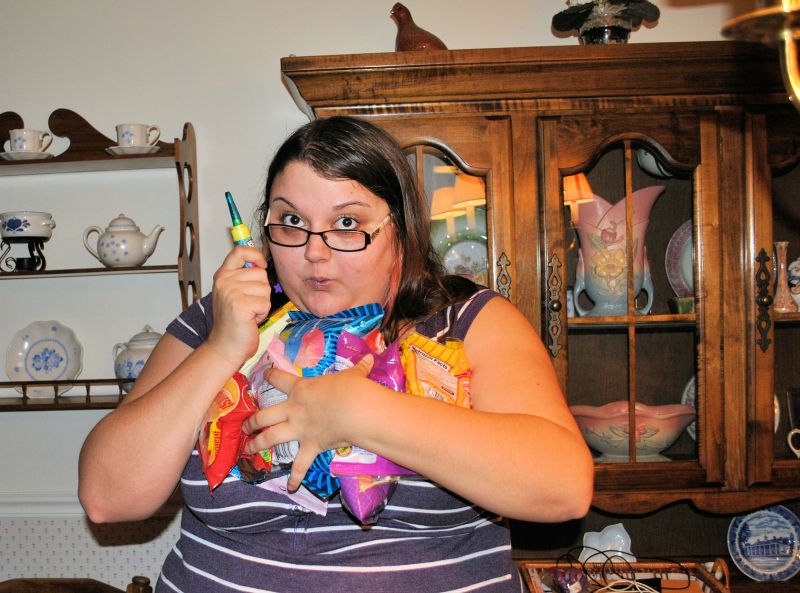 We made sure to get candy that’s aesthetically awesome. Anything bright was fair game, and we didn’t even like some of the candy we got (like spicy gum drops and licorice), but it sure looked beautiful all spread out over the kitchen table. 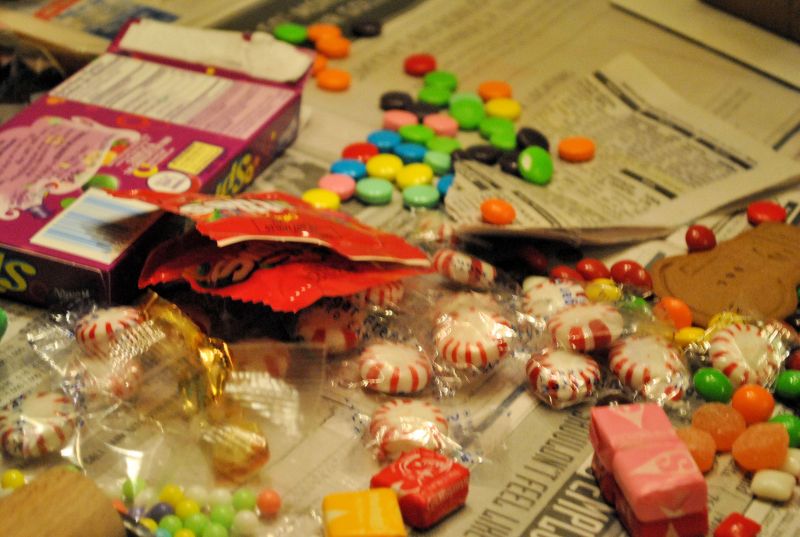 Charlotte set to work sticking the gingerbread panels together with frosting. I worked on rolling out this green sugary stuff, but I ruined it and Charlotte ended up making Reptar out of it later. Reptar has his own pond in the front yard. 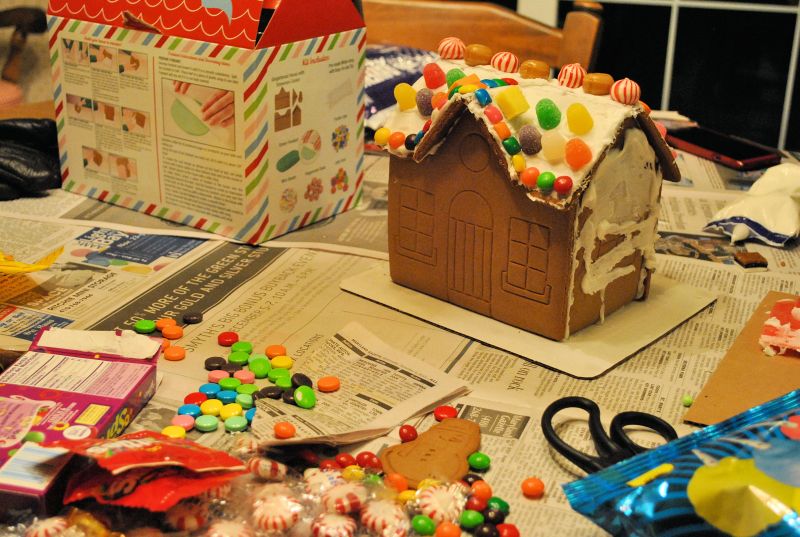 Obviously, we’re Gingerbread Gurus. I feel like this needs to be a new tradition with us. I’m happy that this is how we spent our day. Later, I realized the only things I had consumed all day were candy and soda. I felt horrible for a second, but then I realized that my diet was quite similar to Buddy The Elf’s… you know, minus the syrup. 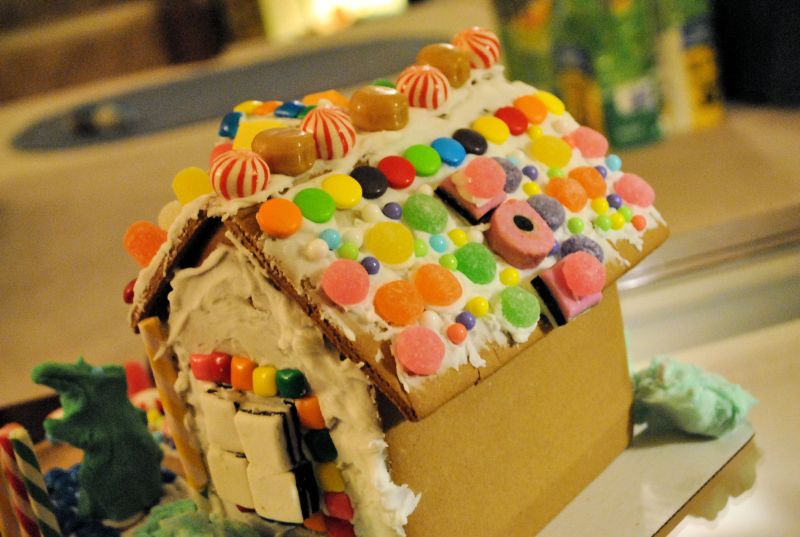 We left the house at Charlotte’s parents so they can enjoy it. Bug would have destroyed it if I took it back home, for sure. Indy was curious, but not destructive, so there it shall remain. I do hope someone let’s Charlotte’s mom know not to eat the gingerbread, though. Lots of the pieces came broken and we used superglue to fix that. 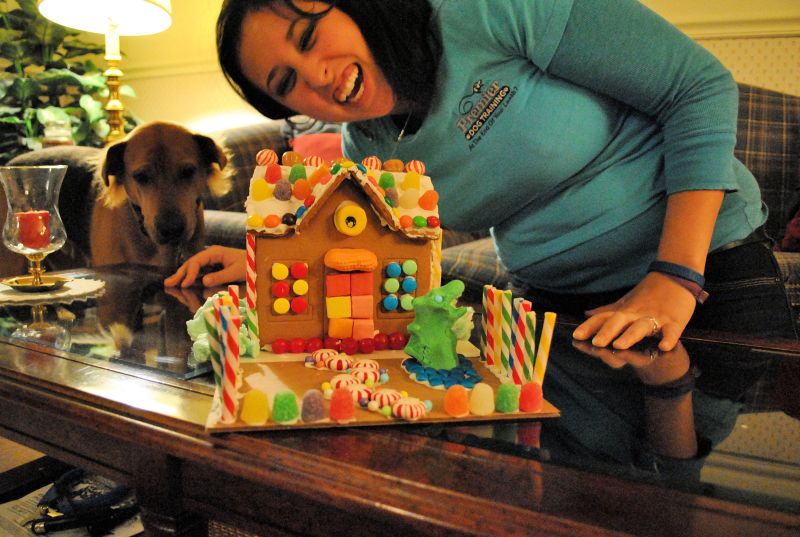 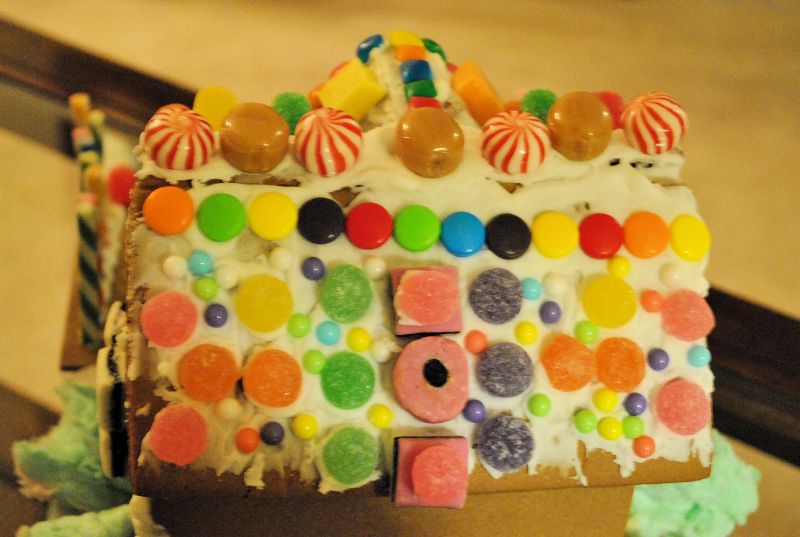 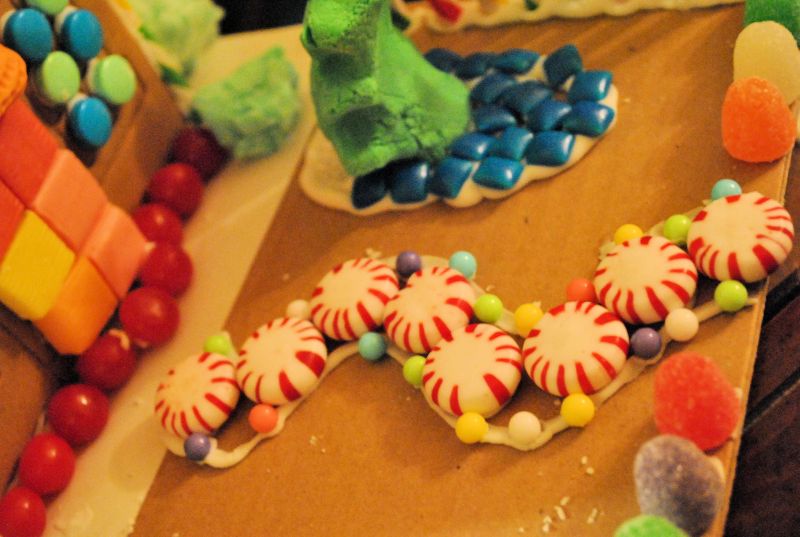 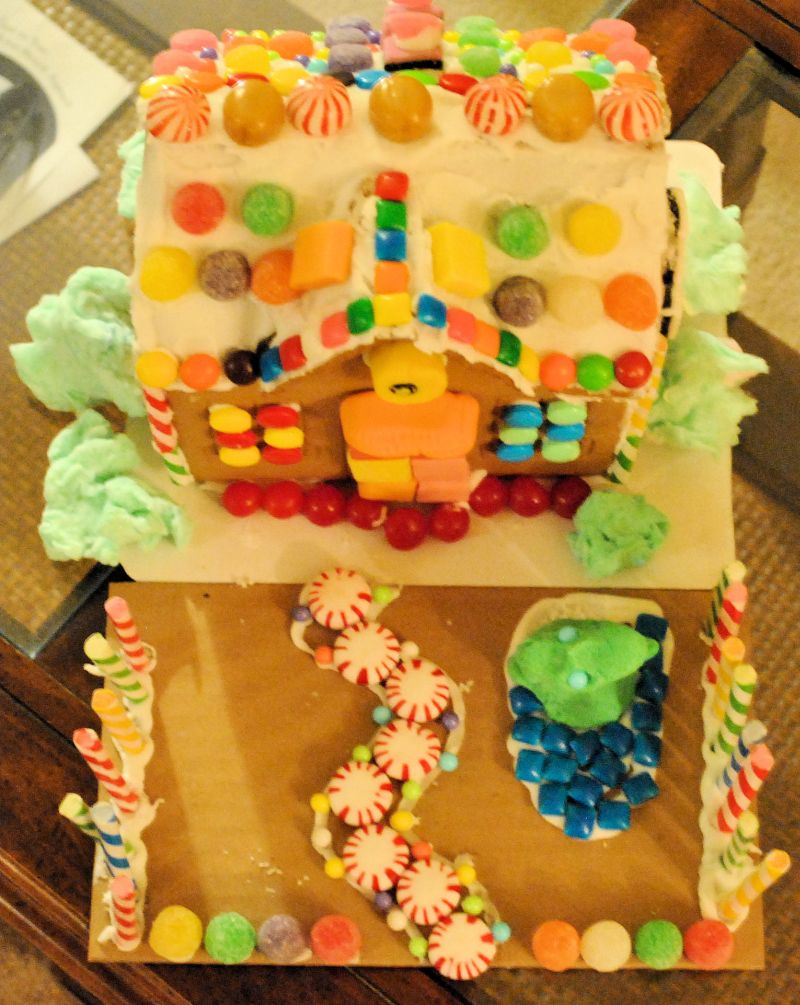 In our imagination, Reptar lives in our front yard, behind a candy striped fence. We live inside an edible shelter, with the most colorful roof you’ve ever seen. The snow that falls on us from cotton candy clouds is colored, Edward Scissorhands sculpts the squishy topiary that separates us from our neighbors, and we’re never ever gonna stop believing.