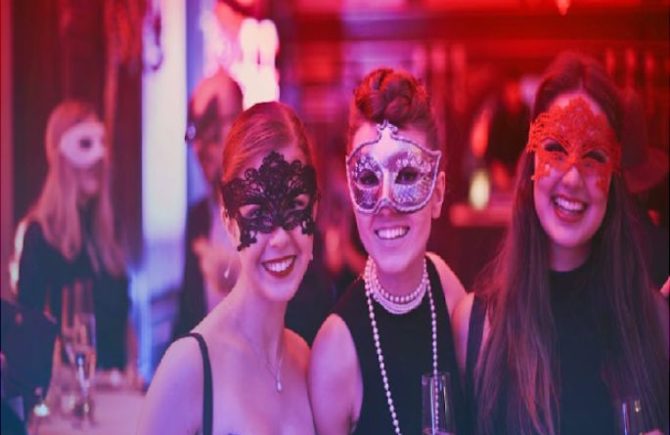 Film Festivals 2019 Which Are Worth Visiting For Students

The cinematography is in its developing stage now, and it is pleasant to see how many independent film festivals appear each year.Besides, today it is easier for young filmmakers to enter the professional world and get a reaction to their films. Whether you are a starting film maker or just an interested individual or even if you just don’t know how to get out of your comfort zone – going to a film festival might be for you.

First of all, this is a great way to meet new people and get to know the amazing artists. You will definitely experience a wide range of emotions and maybe even find something unique to your liking. Here are not only things to write about in your descriptive essay, but also trends of modern culture. So here is a list of 5 amazing events that any student can visit or might submit their works to.

This is an outstanding event that takes place in Canada in February annually. Although now it is too late to send submissions for the 2019 festival, you can visit it and enjoy Canadian along with great international films and animations. This is a festival, which runs for 10 days and gets a large crowd to come because it has been around since 1955. There are 8 awards that will be granted during this event, including best documentary and best short animation awards.

This is another fascinating event that takes place in winter and has a long history (just imagine, the first one was held in 1972). It starts on January 23 and lasts until February, 3. Rotterdam film festival submission usually includes a great piece of European films and animations. They also have an app for your smartphone, which is not just amazing but convenient as well. If you want to spend several days in Rotterdam and enjoy modern architecture together with splendid films – this one is for you. There is also a section that dedicated to media art, and it is worth looking at!

It is a festival that celebrates independent movies and, of course, New York City. Not only NYC films are included in its program, but also the submissions from all over the USA and the world. It is widely known in the USA and is a great way to start carrier for lots of artists. For example, there is an award “Best Student Film”, which is an amazing chance for the beginners to get attention to their movies. And if you are a screenwriter – you might also want to participate, because the best 10 scripts have an opportunity to get to production companies and agents’ list. If you want to know how to enter a film festival, just visit their website.

This is a summer festival that takes place in Vienna in August.This event is pretty young in comparison to others, but it has proven its worthiness. One of the focuses is to give a platform for young directors. There is also a Retrospective program that looks on the history and film traditions. So if you want to learn something new and see the connection between the modern and traditional – this event is worth visiting. Note, that the latest deadline for submission is April 12, 2019 – so you have a chance to put your artwork out there. If some of you are afraid that you won’t be able to do it because of the great number of assignments at university, you shouldn’t worry about it – they can always ask to help me write my research paper and get enough time for this annual show.

This is the largest independent film festival in the UK, so it is definitely the one to visit. First of all, it takes place in London and, secondly, it offers a great program. There you can watch the most appealing and innovative independent films and visit various master classes with special guests. There are also lots of interesting panels and networking events. It is a great place to meet new people and widen your knowledge. It is help from September 25 up to October 6. The late deadline for submissions is on May 31, 2019. So those who want to try themselves can send their masterpieces to a committee.

These are only 5 from a huge list of festivals that take place around the world. If you are interested in the film industry or just want to try something new – you should definitely visit one of them. If you are a future director, screenwriter or animator – this just a must. It is a great way for networking and sharing ideas. And, of course, these are the days to enjoy independent films!