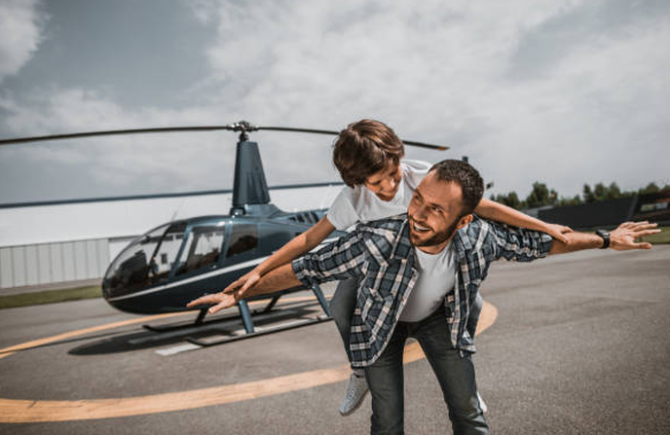 Divorcing a Helicopter Parent: What to Expect Some parents are helicopter parents from the minute their first child is born, while others only pretend to be involved in every moment of their child’s life to try to make themselves look good during a divorce. No matter what the circumstances that led you there, divorcing a helicopter parent is never easy.

One of the most challenging aspects of a divorce involves child custody, which can become an emotionally-charged situation for everyone involved. In many cases, the fear of losing parental rights of a child will cause one partner to engage in helicopter parenting. Understanding the actions that fall under this term and how it will affect others will help you deal with the situation more effectively.

What Is Helicopter Parenting?

The term helicopter parent became famous after it was coined in the late 1970s because it aptly describes the actions of an overbearing parent. This is someone who hovers over their child and attempts to micromanage everything they do.

Helicopter parenting involves different types of supervision according to the age of the child. It’s more common with preteen and teen children because these are the ages at which a child takes on more responsibilities. From doing household chores to getting their first job, the child is observed and criticized by a helicopter parent to the point that the child feels inadequate or incapable.

Even toddlers can be micromanaged, although helicopter parenting is less obvious in these situations. A toddler or slightly older child will need more intensive supervision to keep them safe, but a helicopter parent will take supervision to an extreme. They may choose which toys the toddler can play with or constantly correct the child for playing in an unexpected manner.

As the child gets older, a helicopter parent will try to arrange for their child to get specific teachers, form friendships with specific children, or take a strong hand in making sure homework is completed correctly.

What to Expect in a Divorce?

Even someone who wasn’t previously a helicopter parent can have those traits brought out in a child custody dispute. The fear of losing parental rights or getting a custody arrangement they don’t like can cause them to act irrationally.

In addition to becoming a helicopter parent, an individual will likely become more critical of the other parent, trying to blame them for the slightest scrape or sniffle. The idea is to suggest the opposing parent isn’t taking their custodial role seriously.

Dealing with a helicopter parent during a divorce is a challenge in itself. If you don’t take action, your spouse and a family law judge may have the opinion that you’re an uninterested or uninvolved parent. However, taking action that’s too aggressive can lead into a cycle of helicopter parenting in yourself.

The goal should be to act assertively towards the helicopter parent without becoming the bully. Make your expectations clear without engaging in conflicts with your ex-spouse so the judge can see that you’re making an effort to act in the best interests of your child.

How Does Helicopter Parenting Affect the Child?

It may seem redundant to say that helicopter parenting has a negative effect on childhood development, but studies have found specific ways this type of parenting affects a child.

Beyond the general sense that helicopter parenting leads to inhibited emotional and social development, it creates a sense of inadequacy in the child and keeps them from developing healthy coping skills. This may cause depression and anxiety or other forms of emotional illness that can ultimately lead to problems with substance abuse or binge drinking.

As a child of helicopter parents becomes an adult, anxiety will become a long-term problem. That sense that they had to appease or please a parent as a child will force them to try to gain the approval of peers, employers, and even romantic interests. This strong anxiety will result in higher than normal levels of stress.

Helicopter parenting is unhealthy for everyone involved, including the children involved in the custody dispute. However, it should be understood that a helicopter parent believes they’re acting in the best interests of the child, so you should approach them with that mindset. When you try to understand their fears and concerns, you’ll be better able to diffuse the situation.