Inspired by my recent attempt to beautify truly local space, not just Baltimore city, I went to the park in my neighborhood. It’s the same park that I would go to to do lots of my Finish This Book activities. It’s also the park that I played on as a child when my dad would drop me off to get watched at my grandparents’.There’s a swinging bench there, which I think is pretty cool, because I feel like I only see them on porches. Anyway, I decided to decorate it. (Which is ultimately inspired by the bus stop I decorated with my friends in Chicago.) 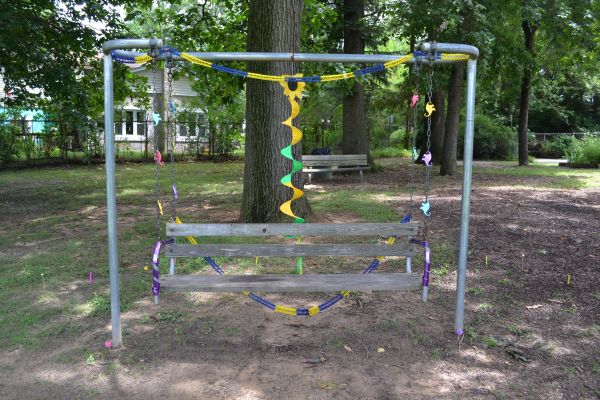 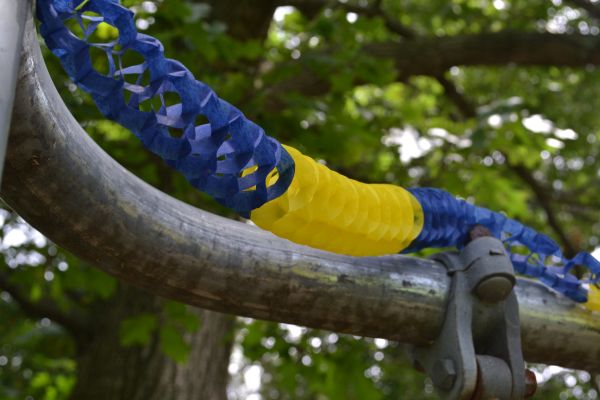 I also made a perimeter around the swinging bench that didn’t previously exist. I felt like it sealed the project together, and designated the sacred party space. 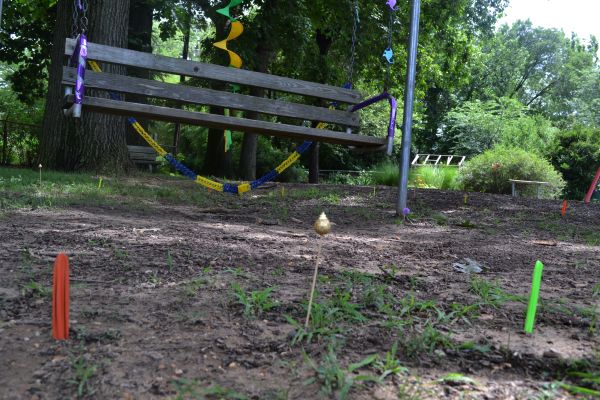 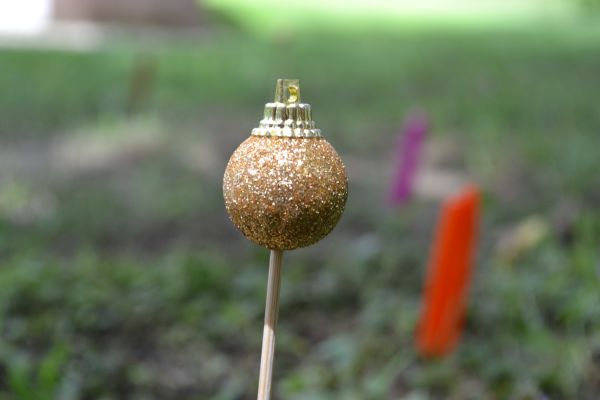 A lot of the supplies I used are fun things that Karen has sent me over the past few months. 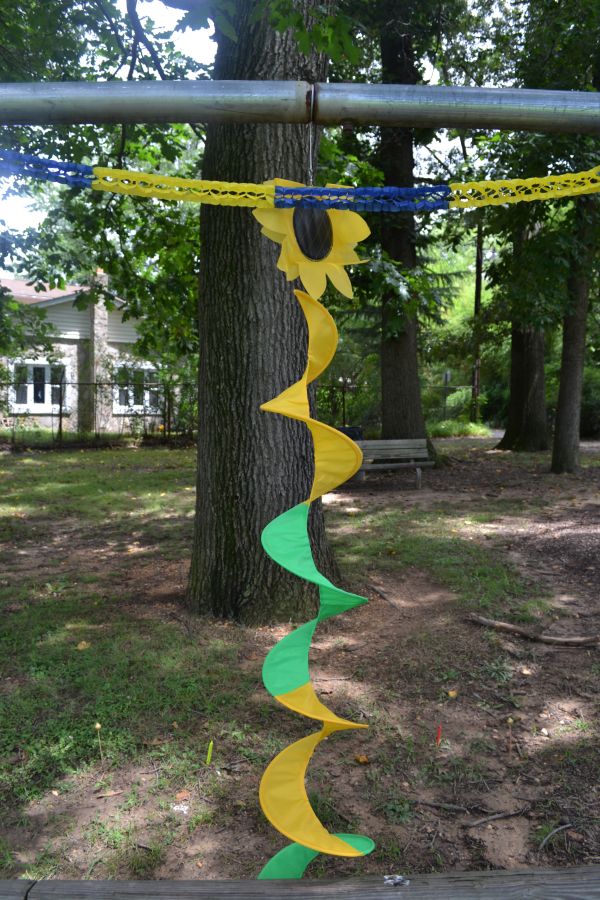 Including these hanging dinosaurs! They remind me of the barrel of monkeys 🙂 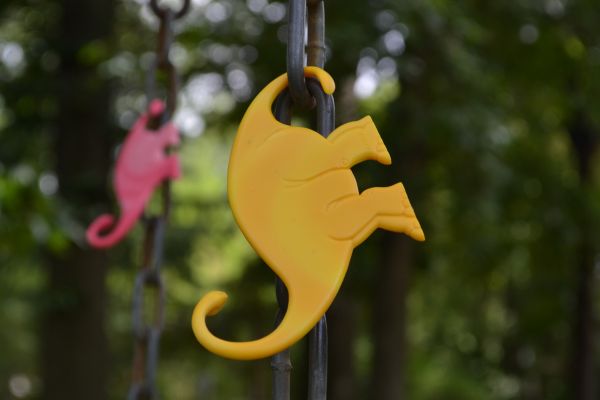 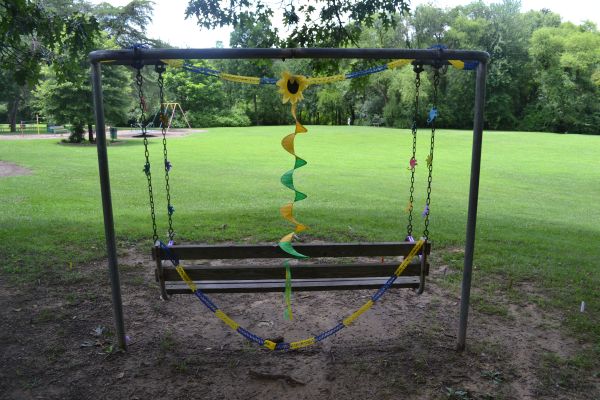 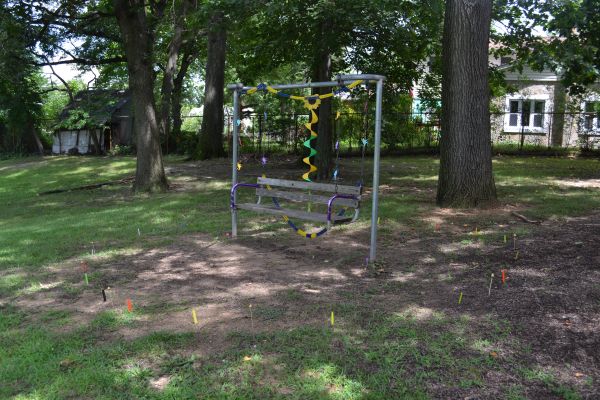 Would you have sat on the bench? Or stayed away, assuming it was for something special that didn’t involve you?
in Street Art 16 Jul 201305 May 2014 0 comments
Share
Post tagsinstallationpark