Right before Christmas, I met Michelle in DC. We were excited to see the National Trees, but didn’t really think about the fact that it wouldn’t take that long. But hanging out with her is fun no matter what, so we found stuff to do.
She met/surprised me on the Metro, which I was riding on alone for the first time. After we walked around the trees and appreciated the trains, we walked towards Smithsonian museums. We went in the Natural History Museum and headed straight for the bathrooms and cafeteria. We ate and discussed the difference between compost, recyclables, and landfill types of trash. You probably wouldn’t understand, though. We’re pretty scientific.
After, we walked around the museum and collected the free educational cards they offer in the gift shops. I like dinosaurs and fishes that look like Bug and space. This is me stroking space. 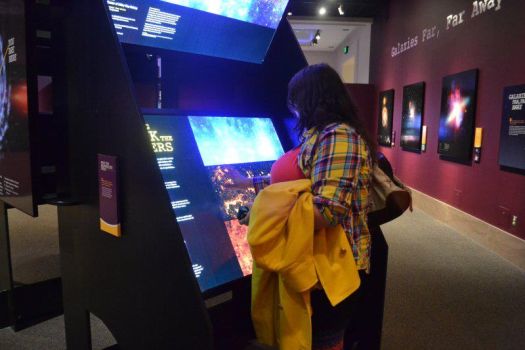 Also, we learned what we would look like as early humans. And Michelle learned that she has a homo sapien boyfriend. You know, the erectus kind. 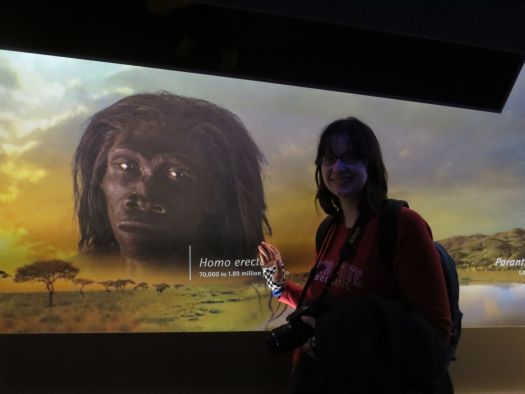 Also they have whole worlds in there. 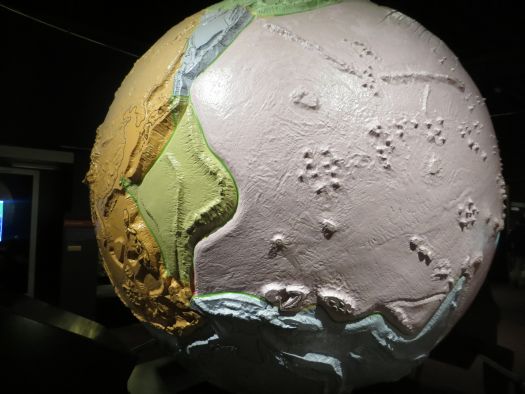 And here’s what the bottom floor of the museum looks like. This was my favorite Smithsonian to visit as a kid. I really like dinos. 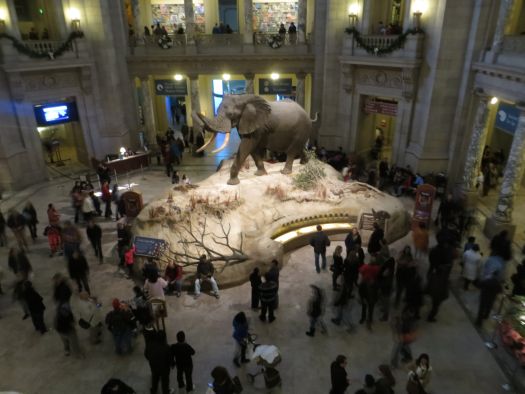 Oh. And before we did all that, we walked by the White House. And there was a man there in awesome pants taking a picture of kids wearing matching superhero costumes. 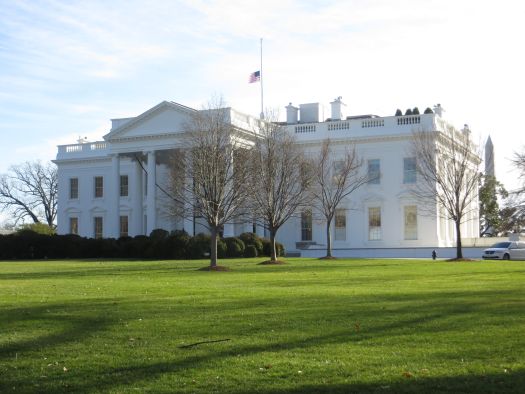 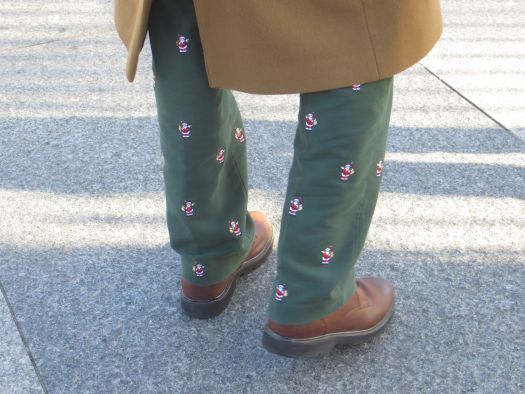 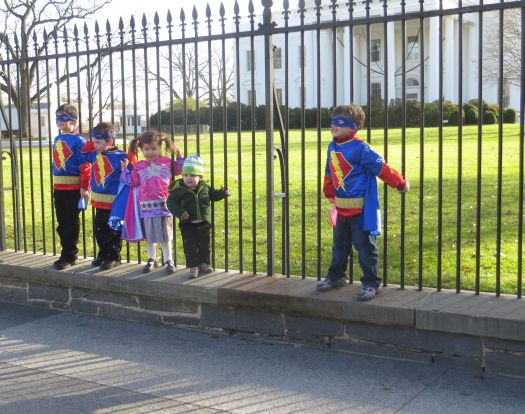 Mary and Michelle. Conquering DC over and over again. 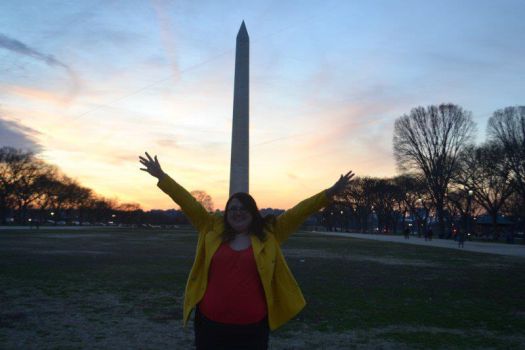