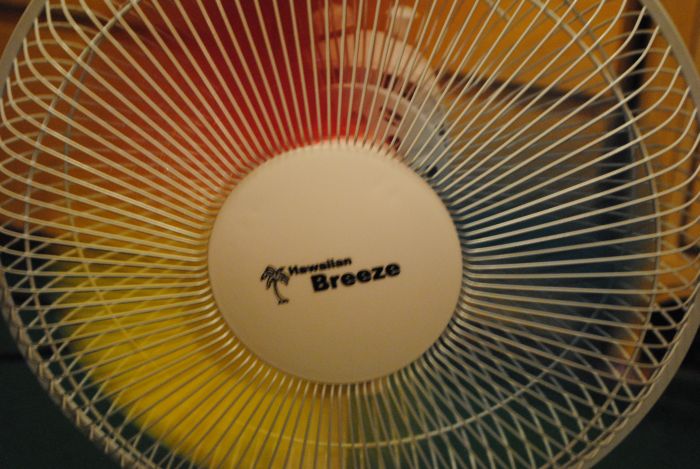 If you’ve ever logged into Pinterest, you’ve probably seen pictures of fans that people have painted, so when you turn it on, you get a whir of color. I had always meant to try it, and recently finally got around to it.

I don’t know if the fan that I got just moves too fast, or if everyone on Pinterest is lying, but once the fan was on, it was almost impossible to tell that the blades were any color other than white. The photos I took as the fan was powering down give you the effect you want, where the colors blend together in this spectacular rainbow, but other than that it wasn’t super worth it.

Anyway, I hadn’t really planned on keeping the fan anyway, because I already have three fans between my bedroom and studio (horrible ventilation on the second floor of my house!), so I added a little note and decided to leave it somewhere as a RAOK (random act of kindness). 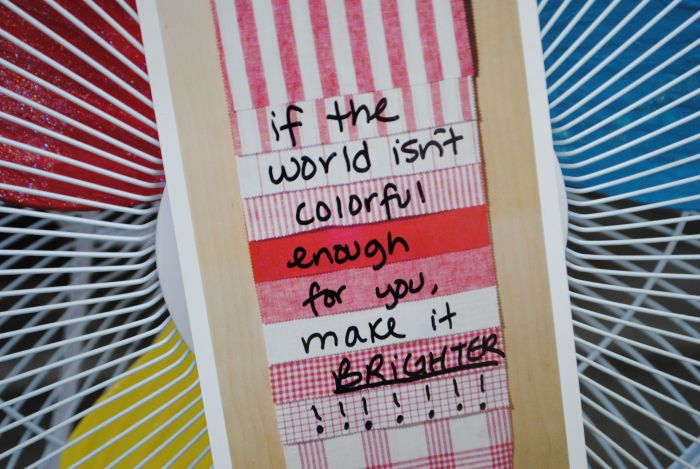 The note I left is a message I want to spread to all of you:

If the world isn’t colorful enough for you, make it brighter. 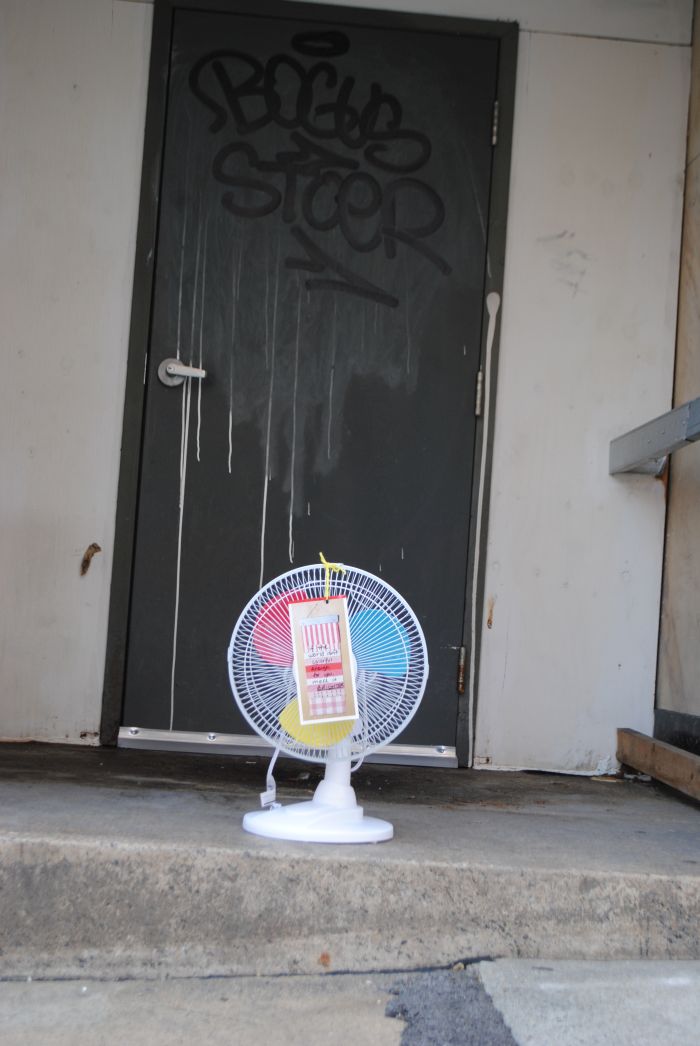 Sometimes stuff sucks, but we have to make our own magic. So go do that. It can seem daunting, but it’s actually very simple. If there isn’t a blog out there you want to read, write it yourself. If the clothes at the mall aren’t sparkly enough for you, make them. And if people in the world aren’t nice enough to you, become the nicest person you know. Be the change you want to see, and happiness will follow.