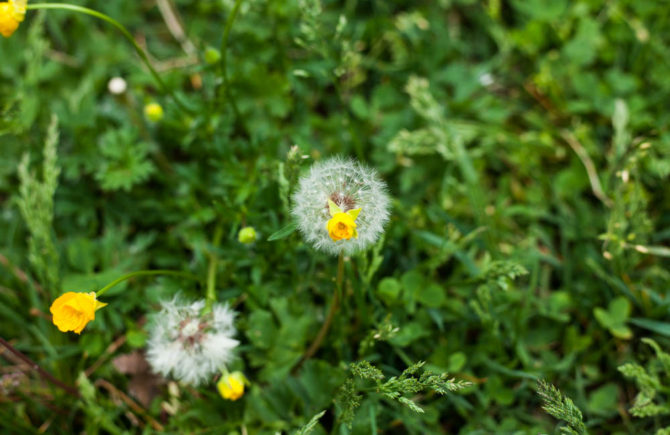 I’ve been wanting to go to an event with the Baltimore Reclaiming group for a long time now, and it’s just never happened. I decided no matter what, I was going this past Saturday to celebrate Beltane, though. I’m so glad I went. It was truly magical and I left there vibing higher than I have in longer than I can remember. I said to Charlotte, who I went with, that it was so wonderful to be around so many fantastic witches all at once covered in colorful draped, pointy dresses and adorned with flower crowns and how I didn’t feel special at all — it was great! Usually I stand out like a sore thumb (which, let’s be honest… I love), but whenever I gather with a bunch of like-minded babes I blend right in and there’s something really comforting and humbling about that.

So Beltane is a tradition at the beginning of May that is celebrating a lot of things including divine femininity and our connection to Mother Earth, as Spring is generally hitting its peak right about now. We were all instructed to select something from flora or fauna that we’re connecting with lately, that is also generally local (so nothing tropical or arctic, for example). I decided on a dandelion, which I’ve honestly connected with all my life. I love the original yellowness, the transformation, the fact that they represent making wishes, and definitely that some people label them as a “weed”, which by definition just means any plant you don’t want… and I want dandelions for days! After we did a grounding ritual I wrote about in this Instagram post, we were instructed to embody the being that we had previously selected and the ritual organizers slowly walked us through the seasons, starting with Spring, as we utilized the space to totally take on this other entity.

I started standing tall and strong with my arms in a circle above my head as a proud, bright yellow flower, slowly rocking in the wind. As Summer set in, my circle started to grow wider and I started shooting my arms off to the side, releasing seeds into the wind. I started rocking, swaying, and twirling around as I imagined becoming a specific seed that soared through the air, occasionally getting stuck on random surfaces, but eventually planting into some soil and becoming very still and dormant in a ball on the ground for the months of Fall and Winter. As Spring came back around, I slowly wiggled my toes and came to my knees, then to my feet, and the process started over. But I wasn’t the same dandelion. I was a seed that had left, traveled, and grown in a completely different place than I had started. I felt looser, stronger, and more powerful. The exercise was really powerful, and the longer it went on, the more everyone sank into it. Lots of people were animals and were making sounds that mimicked their creatures. We interacted with each other sometimes, but the process we were going through ourselves was important enough for sure.

And as I walked out of the meeting space to get my car, I walked passed a field of dandelions. So I picked one, and let the seeds float out my car window the next day as I made a wish.

What flora/fauna are you connecting with lately?