I was pretty nervous for this Fourth Of July. It was the first holiday that Matt and I ever spent together, and it always carried weight in terms of being sentimental. But the day came, I didn’t implode, and I actually had a good time. It was towards the end of the night, though, when I felt the best. And now I’m going to tell you why. 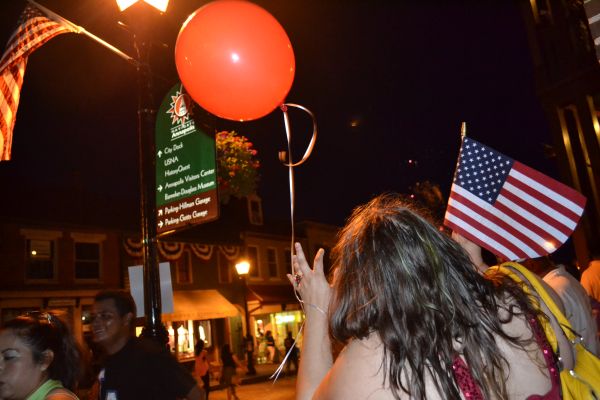 [Background: Fourth Of July 2006]. We went to Fort Meade with my dad. I wore a dress made entirely out of silver sequins, and I was really excited about everything that day. I got a hot dog and a lemonade, and we walked over to the field next to where people lay out their blankets. There was a DJ playing and no one was dancing. I told Matt and my dad I’d be right back. I went to ask the DJ if he would play a group dance song, like “Cha Cha Slide”. He said he’d played three different ones, but no one was dancing. I told him he only had to do it one more time and I would take care of it. So he put on  “Booty Call”. And I danced my ass off.

I made eye contact with people who were standing around, and watching and motioned for them to join me. I got one, then a few more, then eventually there were at least 100 people dancing to the “Booty Call” with me. I felt really really good about it.

On Thursday night, we were at O’Briens because Jason’s friend was DJing. We sat at this table and watched as they cleared the chairs and tables away to turn it into a dance floor. Charlotte said something like “Oh, here come the lights! I wonder how these things even get started… I’m gonna go get a drink.” Jason and Dave joined her, and I sat alone at the table while they went to get more drinks. As they were walking back, I ran out onto the floor to meet Charlotte, grabbed her by her shoulders, and said

“You can either wonder how it starts, or you can start it”.

And I just started dancing. She put her drink down and joined me. And by the end of the next song, the floor was full of people, like a club. I felt really good about that too. 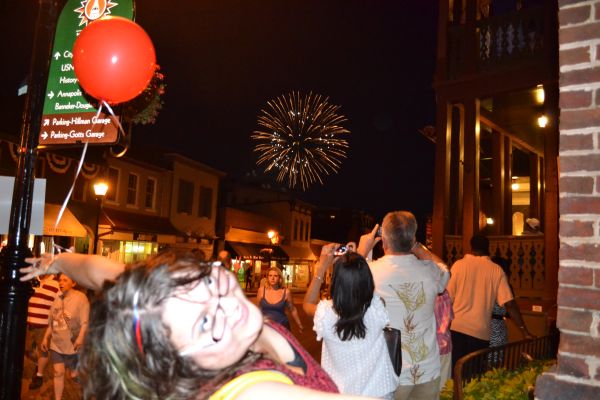 Be your own muse.