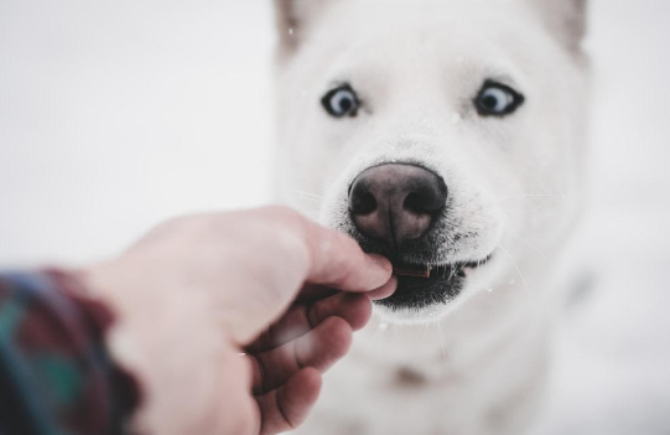 CBD Oil For Dogs: A List Of Pros And Cons 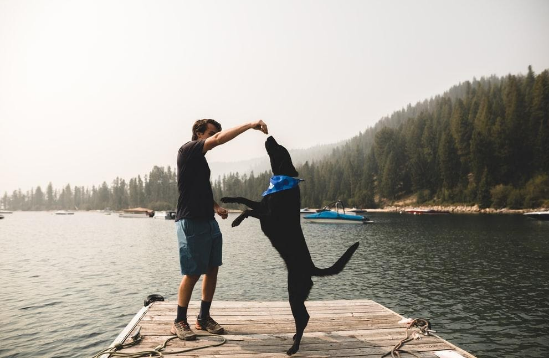 Just like humans, animals also have an endocannabinoid system (ECS), which is located in the brain. It mainly influences the nervous system, as well as the body’s biological functions, such as eating, anxiety, memory and metabolism. Learn more about the ECS in animals here: https://www.ncbi.nlm.nih.gov/pmc/articles/PMC6770351/.

Since the use of CBD products for dogs hasn’t been thoroughly researched and isn’t yet regulated, its effects or safety cannot be determined with great confidence. Yet, owners can now purchase treats, meal supplements, topical creams, capsules or oils to mix in with their dogs’ food.

The Agriculture Improvement Act of 2018 removed all legal limitations on CBD, provided it was harvested from the hemp plant and didn’t contain more than 0.3% THC. Unfortunately, thorough research takes time and effort, and dog owners don’t want to wait several years for more definite scientific proof or better results.

The Canine Health Foundation is currently sponsoring a large clinical trial with the expectations of establishing if and how CBD can relieve epilepsy in dogs. They want to prove the various stories and claims, and hope to save the lives of thousands of dogs around the world.

Studies also aimed to establish whether CBD actually relieved pain, or if it simply caused dogs not to ‘care’ about the pain anymore. Did it relieve their anxiety, or did it merely make them drowsy? Since canines can’t communicate, scientists don’t know, but it did seem like they had less reactions to pain after taking the product. However, scientists still don’t know whether CBD cures the problem, or simply relieves the symptoms. Follow this link to read more about dogs CBD hemp oil.

Pros Of CBD Oil For Dogs

Studies indicated that dogs, previously diagnosed with lameness due to OA, experienced some relief. 22 dogs were dosed with either 2mg of CBD oil or 2mg of placebo oil every 12 hours for two 4-week periods, with a 2-week recovery period in between. Both the dogs’ owners and veterinarians reported a significant reduction in pain levels and increased mobility in those dogs that received the CDB oil. However, the actual lameness remained the same.

About 5% of all dogs suffer from seizures. Normal anti-epileptic drugs can harm dogs’ livers and other organs. During one study, 26 dogs were either dosed with 2.5mg of CBD or a placebo twice a day for 12 weeks, while still using their existing prescribed medications. 89% of the dogs that completed the study and received the oil, experienced fewer epileptic episodes than they had before the study.

It is estimated that around 50% of adult dogs will get cancer, and will have to undergo radiation or chemotherapy. There is hardly any research available, although a 2-year study on rats indicated that cannabinoids may protect mammals against certain types of cancerous cells or tumors, such as in the liver or lungs.

The oil might help to relieve the pain and nausea associated with cancer treatments, or even slow the growth of tumors. If taken in combination with other cancer treatments, the oil may increase its overall effectiveness by boosting the immune system.

There are various reasons why dogs might become anxious, such as noise, separation from owners or fear. Several owners have reported that CBD oil has helped in relieving their dogs’ anxiety – especially during thunder storms or when there were fireworks. When administered directly into the mouth, it took only 5-20 minutes to work. However, if dogs are prone to stress or anxiety, owners might consider giving them a small daily dosage.

CBD oil might relieve dogs’ constant joint pains, as it is a natural anti-inflammatory without the side effects as normal medication. It does this by connecting to CB1 receptors in the brain, which stimulates the immune system to reduce inflammation. CB1 receptors alter the ways in which the brain reacts to pain, while CB2 receptors – in the nervous and immune systems – cause the body to produce more cannabinoids naturally. As inflammation is reduced, the associated pain is also diminished.

Many dogs are suffering from skin conditions or allergies that are getting more difficult or intolerant to treat. Since the ECS is also found in the skin, CBD can help to relieve dogs’ dry and itchy skins, as well as promote the growth of healthy skin cells.

CBD might relieve certain digestive problems or assist dogs in regaining their appetites.

Cons Of CBD Oil For Dogs

There are not many major side effects when giving CBD oil to dogs; however, it is important to remember that thorough research might shine more light on the subject. Currently, it would seem like most of the reported side effects were mostly due to overdosing, and usually only temporarily.

Dogs’ saliva production might decrease and cause them to be extremely thirsty.

Dogs’ blood pressure might temporarily fall, making them feel dizzy and nauseous or agitated. They might drool excessively or shake violently.

Dogs were unable to move or get up, and even lost control over their bladders. That caused them to become embarrassed, depressed and less energetic. However, it is not necessarily a bad thing for sick dogs to sleep more, as it gives their bodies time to recover feel less pain.

Since CBD is metabolized in the liver, it might cause issues in dogs already taking medication for liver problems. It might also inhibit the production of certain important liver enzymes, which interfere with the absorption of other drugs. 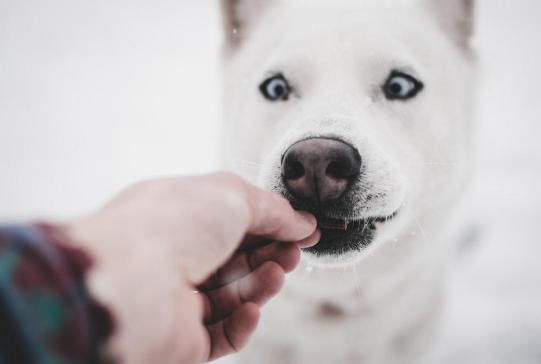 Dogs are very sensitive to THC and can suffer from ‘pot poisoning’. Even humans suffer the consequences when consuming products containing more than 0.3% THC. Dogs may display difficulty walking, twitching, drooling, howling, widened pupils and having tense muscles – also called ataxia. They metabolize cannabinoids much slower than humans and the effects of THC may last up to 24 hours. Learn more about why marijuana products of over 0.3% THC is toxic to your pet pooch in this article.