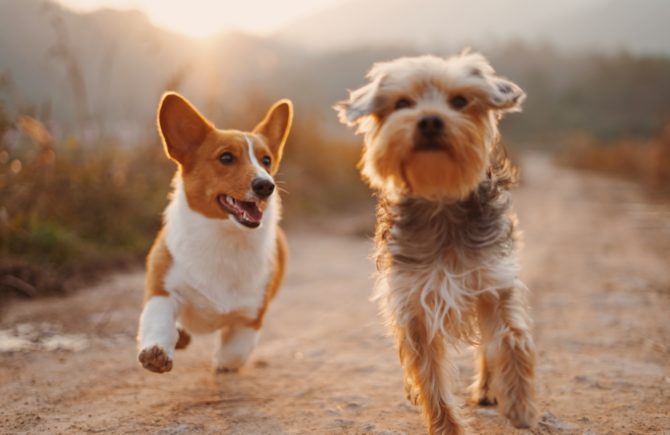 CBD Oil: A Wonder Panacea Even For Our Canine Friends CBD oil, a potent derivative taken from the cannabis plant, is slowly taking the health industry by storm because of its suggested medicinal properties. Add in the variety of ways it can be consumed, from lotions to CBD Tea and its benefits continue to grow. And not only that, but cannabis oil is also touted to be beneficial for our pets, including dogs. Veterinarians and canine experts believe that CBD oil for dogs possesses highly remarkable compounds to alleviate some of the known canine ailments.

Although no formal studies have yet been conducted, the effects of cannabinoid and its interaction with the endocannabinoid receptors in a dog’s central and peripheral nervous systems make the drug valuable to our canine friends.

What is Cannabis Oil for Dogs?

Cannabidiol is a compound derivative of cannabis and its hemp. CBD products are not addictive because they are gathered from the hemp and not from the marijuana leaves and flowers. And since CBD is being accepted as safe for human consumption, our canine pets can also gain some benefits from using the substance as a cure for some of their most common ailments.

Though acceptance of CBD oil for dogs is not ascetic in animals, it still raises some ethical questions like the possibility of dangerous side effects and risks. These issues, though, are relatively not provoking as those of humans. For dogs who aren’t fans of oils, CBD treats (the canine alternative to CBD gummies) can be a great alternative

The anecdotal evidence seen with dogs taking a tolerable amount of CBD oil is enough to suggest its efficacy in the treatment of some canine conditions. This includes its anti-nausea effects, anti-inflammatory, and anti-anxiety effects, appetite-stimulating effect, and possibly some benefits to the alleviation of canine cancer symptoms.

Aside from these health issues, CBD oil is also used in dogs for the treatment of ailments like:

Unlike traditional pain medication for dogs, medical-grade cannabis is thought not to induce threatening conditions and side effects. The substance does not directly affect your pet’s liver, kidneys, and GI tract systems. Additionally, with the proper CBD oil dosage, a dog will not experience sedation or the temporary ‘high’ feelings of marijuana.

There are also emerging findings indicating the synergetic benefits of combining medical-grade marijuana and traditional medicine. It combines the potency of the other, if not, permits one to have full efficacy.

Though still in its early acceptance stages, marijuana has been seen to have anecdotal benefits in terms of overall health improvement. Pet-specific products, including CBD oil, are not yet FDA approved, but there are lots of reports from pet owners who have seen the potential of medicinal marijuana.

To an extent, the CBD industry is still unregulated, but it’s not far from being considered for such regulations. Given the number of testimonies and continuous research on the wonder drug, we can expect to see proper medical acceptance in the coming years.

The medical industry is not far from considering cannabis as a wonder panacea for most of the ailment, both humans and their beloved pets are experiencing. But for now, we can reap the benefits of CBD with non-addictive products like CBD oil to ease the pain of our canine friends.