For my birthday, I drove up to Philadelphia with Jenn and Charlotte. 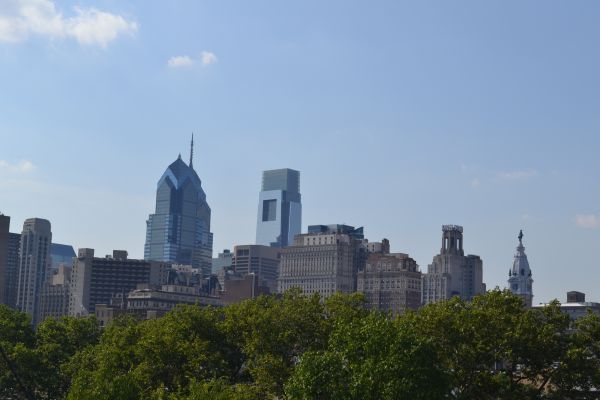 We went straight to South Street and found where wanted to eat, which ended up being Lickety Split. I got a cheese steak because I’m a tourist and like delicious food. 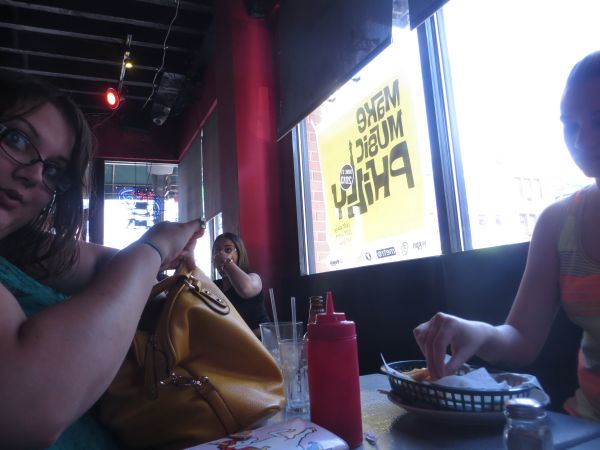 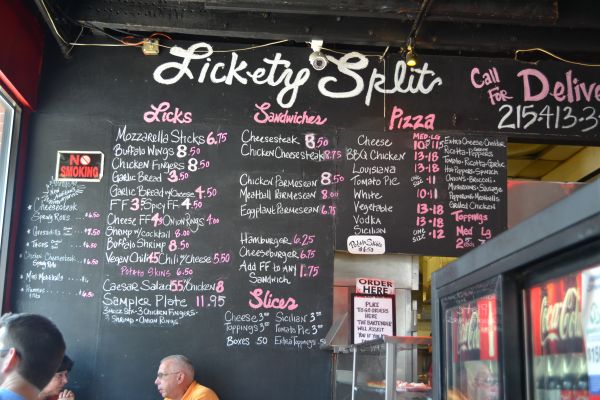 We walked around South Street, stopped in an awesome store with Mexican culture/Day Of The Dead themed art, saw dressed up dogs, and a street performer. For the record, if you’re going to be a street performer you probably shouldn’t yell and flick off people who want to take your picture. 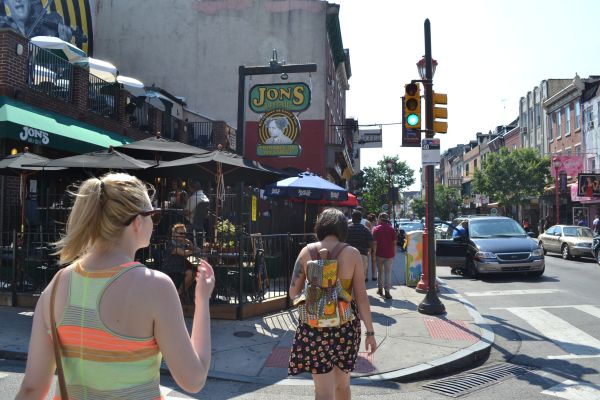 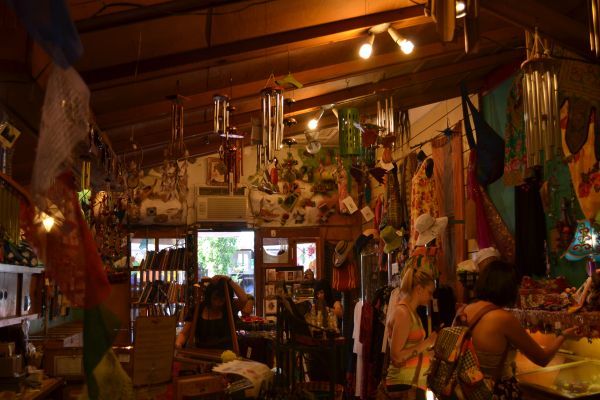 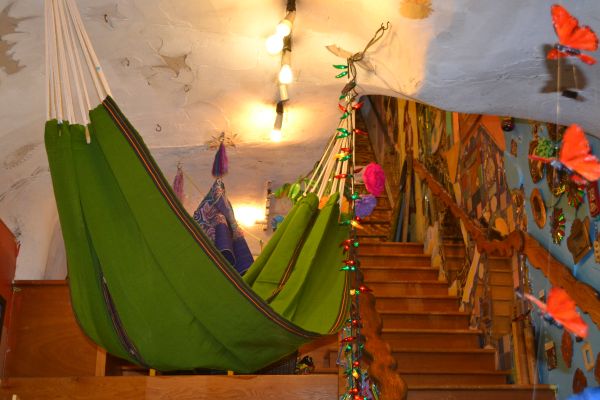 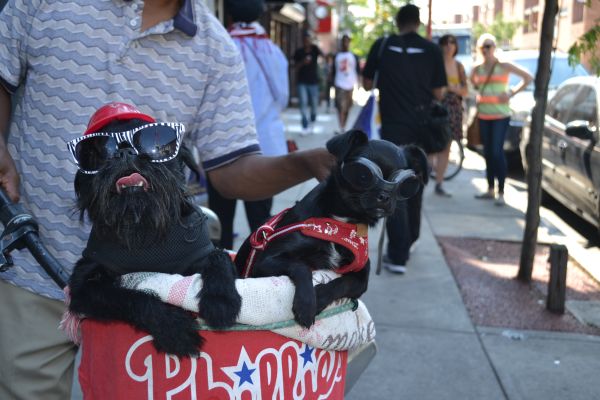 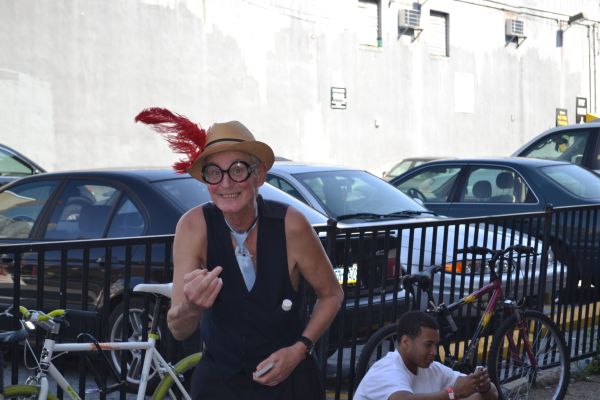 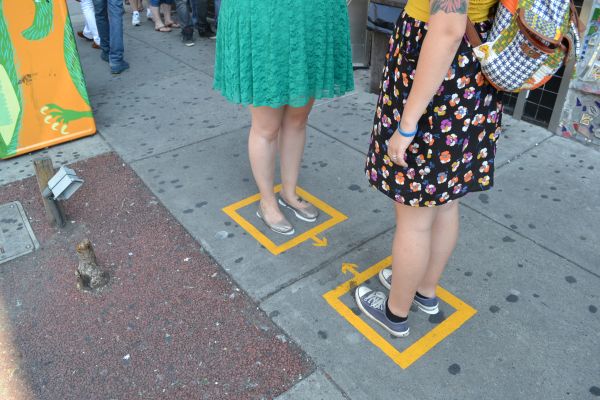 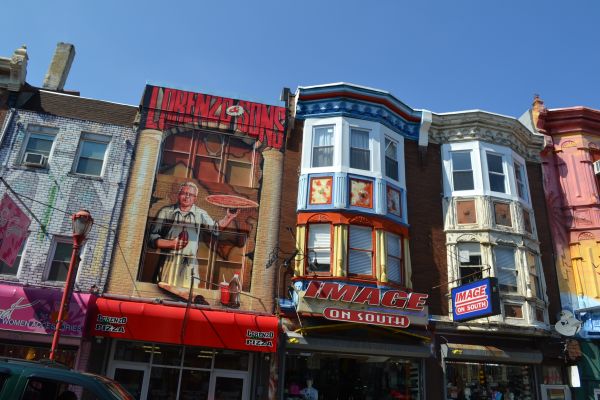 We headed back down the street to the Magic Gardens. There was a sign on the door that said they were closing at 4:30 (the time we were standing there) for a private party. I was extremely disappointed, but we took pictures in front of it and then moved over to the alley that is also decorated. (You can see more pictures of the Magic Gardens here.) 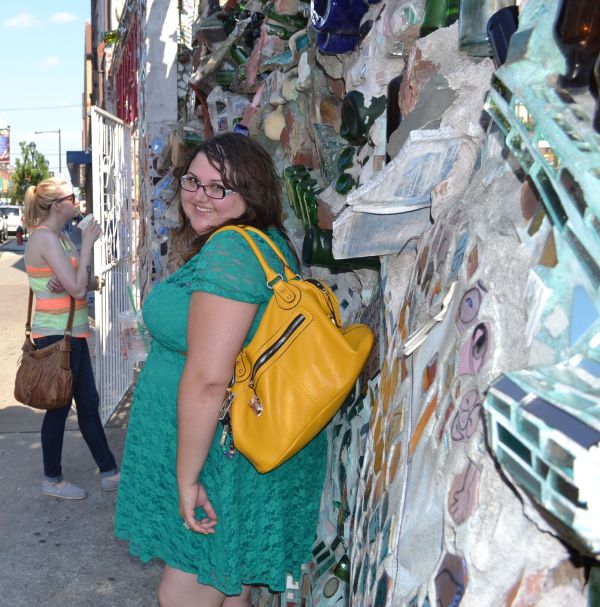 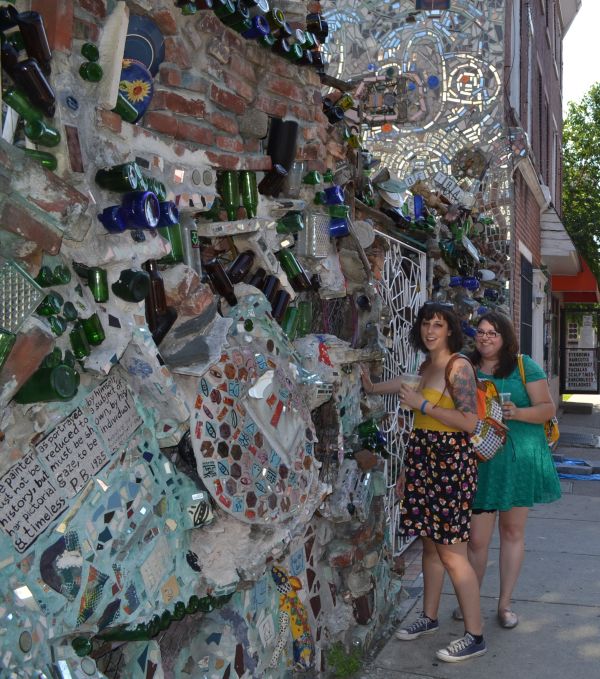 This was my favorite part of the alley, so I sat down in front of it. I started thinking about how it was ironic that the place I really wanted to go to was closed at the time I arrived on my birthday… in the Alanis Morissette way, that is. So I started singing “Ironic” out loud in the alley, and Charlotte joined me. 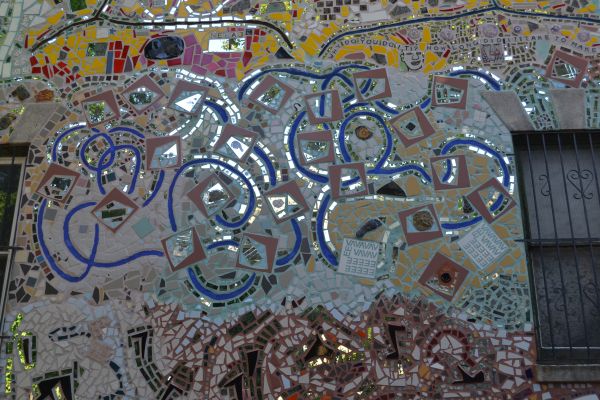 From there we went to Mac’s Tavern, which is run by one of the actors/writers of It’s Always Sunny In Philadelphia (one of my favorite shows of all time). I was really glad to be there, and to eat the delicious cheese steak egg rolls and sweet potato wedges, because of how much work I know went into it. Rob McElhenney created, writes, produces, acts, and edits an incredibly brilliant TV show, is married with two kids, and still managed to open a bar on the side in his hometown. If he can do that, then I can certainly accomplish my goals for this year. 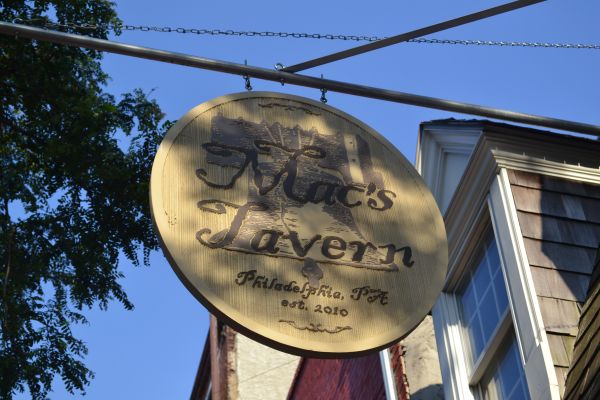 We were pretty tired after that, so we went to the hotel. I didn’t want to nap with Jenn and Charlotte, so I took a bath, changed, retrieved my tiara from my car, and went to the hotel bar. I drank by myself for about an hour before someone yelled “ma’am” multiple times. I turned around and realized that this old man was calling me over to his lounge area because he wanted me to “date his friend”.
If you’re friends with me on Facebook, you probably already know that this guy ended up being Ric Flair, the professional wrestler. They told me they were professional wrestlers and they were in town for a signing, but I know literally nothing about wrestling, so I had no idea he was a big deal.
I walked over to and hung out with them for about a half an hour. They were super vulgar, but I thought it was entertaining and a fun story, so I stayed. When I realized it was time to wake up my pre-napping party girls, I asked if I could take a picture with them. Keep in mind that I still don’t know they’re famous, it was just my birthday and I was hanging out with weird people, so I wanted to document it. Ric looked at me all condescending and said, “Honey, that ain’t free”. I thought he was kidding and he assured me he was not. I informed them that I thought it was fucked up since he called me over and we had been talking for a half an hour. He proceeded to say “Honey, I didn’t invite you over here. You came over on your own.” which is obviously ridiculous and untrue. To be fair, he was extremely drunk. I told him and his other wrestler friend that they were assholes (I can’t find him online, but they called him “Paulie”), paid my tab, and left.
The next day was when I realized how famous he was. So it makes the story better.
Anyway, everyone was ready at this point and I was pretty ready to party after drinking for an hour. We got a cab to the Moshulu, the party boat! It was beautiful and I had an amazing time. I met a lot of awesome people, danced to nothing but 90s music, saw an old friend, hung out with my best ones, and got some glow sticks from a guy with a fanny pack. 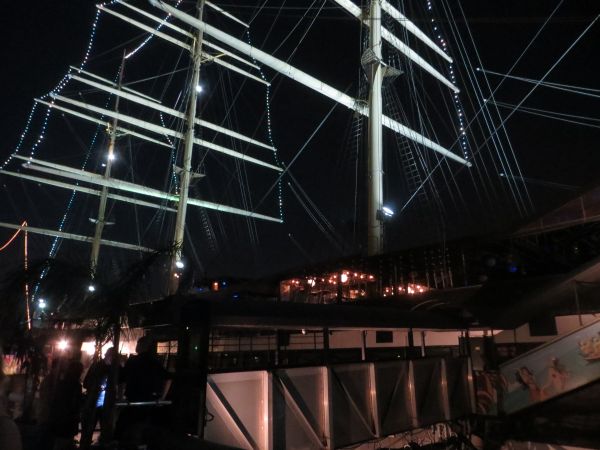 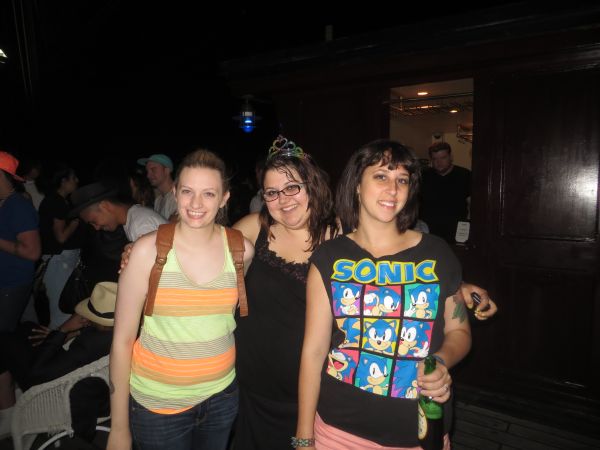 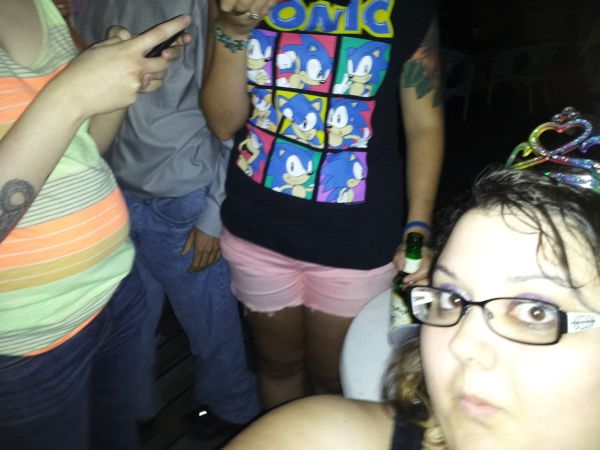 It was a great day. This was one of the best birthday experiences of my life because this time i chose to travel Philly as a birthday trip. If you think this was inspiring then also let me know how you can celebrate your birthday in a unique way.
in Travel 23 Jun 201315 Apr 2017 1 comments
Share
Post tagsbirthdayPennsylvaniaphiladelphia