Every month, I search the city for new-to-me street art. It’s gotten easier recently, since Baltimore decided to do an encore project of Open Walls. Basically, artists are commissioned to create murals on the sides of buildings, generally in the Station North area. When Ben Stone posted an in-progress picture of this smiley face mural on Instagram, I knew I had to find it in person. It’s incredibly simple, but it adds so much happiness to the space. 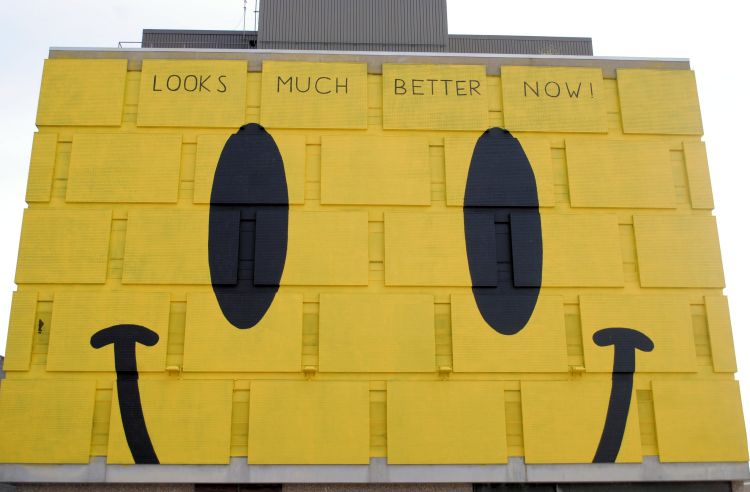 It’s like the building is smiling down on you, as you walk down 20th Street. 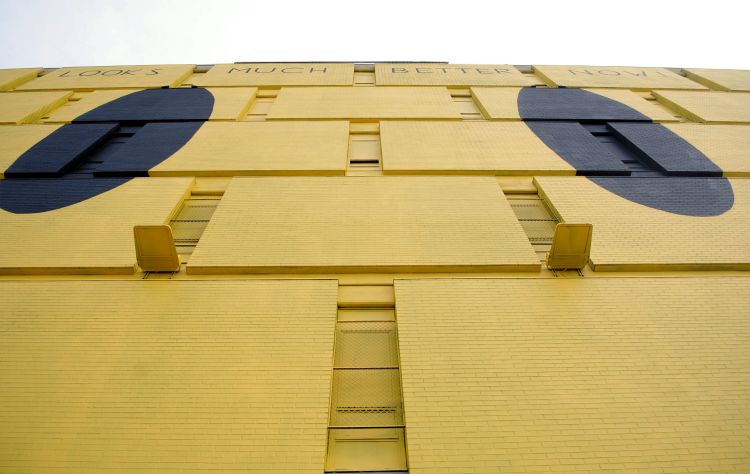 Close by, you’ll find another fresh mural which is also part of the Open Walls project. If you’re in the Baltimore area, you can come to the closing party on May 30th. 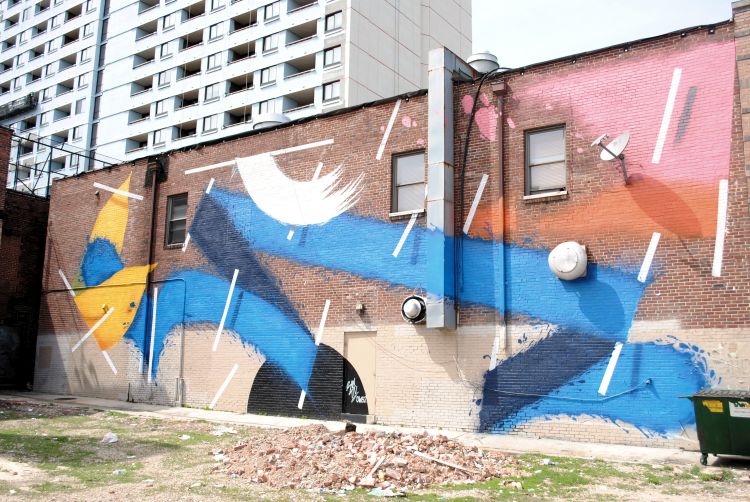 Not all street art requires a crane and copious amounts of spray paint, though. Even a simple message on a garage door can have an impact. 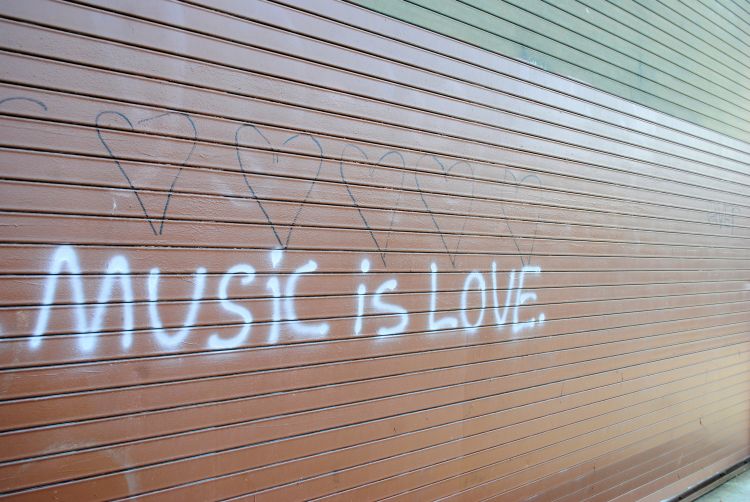 Here you can see a piece of a mural from 2012’s Open Walls, which is not new to me, but from the position I was in on the street, I could also see different pieces of high up graffiti tags that I had never noticed before. I like the juxtaposition of these different pieces, among Baltimore’s architecture. 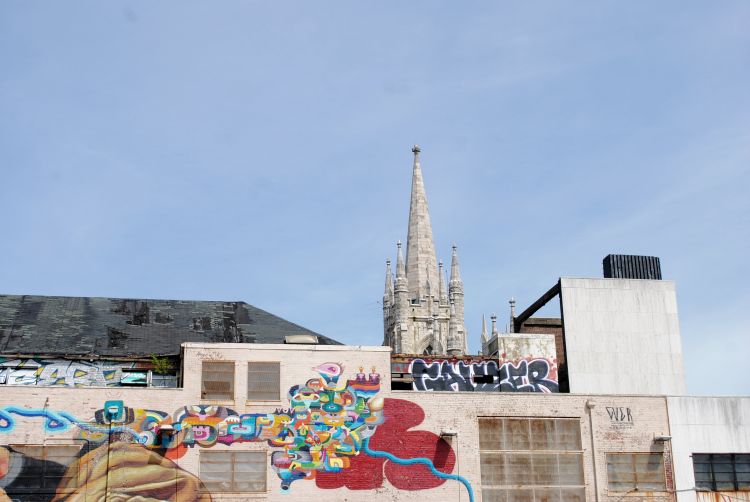 At an abandoned bank drive-thru window, I spotted a wheat paste that Sorta had put up. This is something I never would have seen if I wasn’t adventuring on foot. 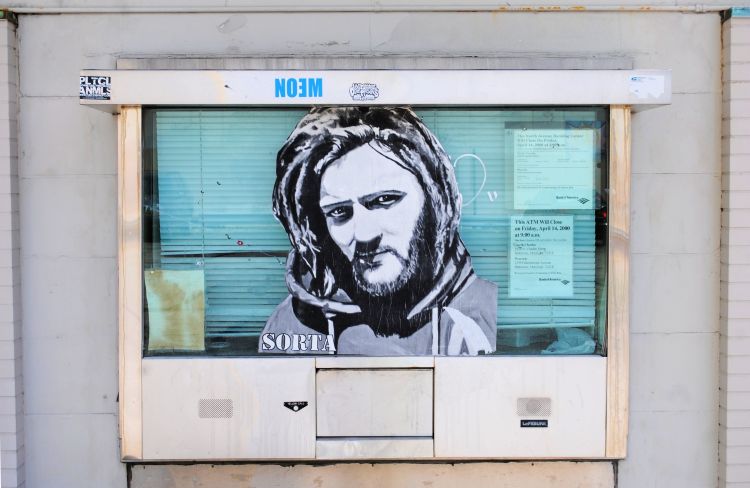 And last but not least, a mermaid engulfing a gutter’s drain. This obviously appeals to me on more than one level. 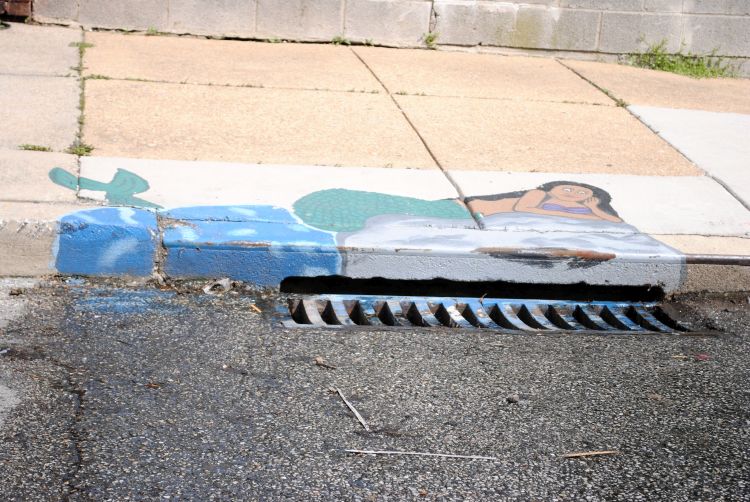 As the smiley face mural so aptly put it: It Looks Much Better Now! I’m so glad that there are people out there who devote their creative lives to beautifying public space. You can see more street art tours of my city, but you should also go on your own tour! Drive down streets you never use, and don’t forget to explore on foot. Take a camera or journal with you, and appreciate the beauty that strangers have left for you. 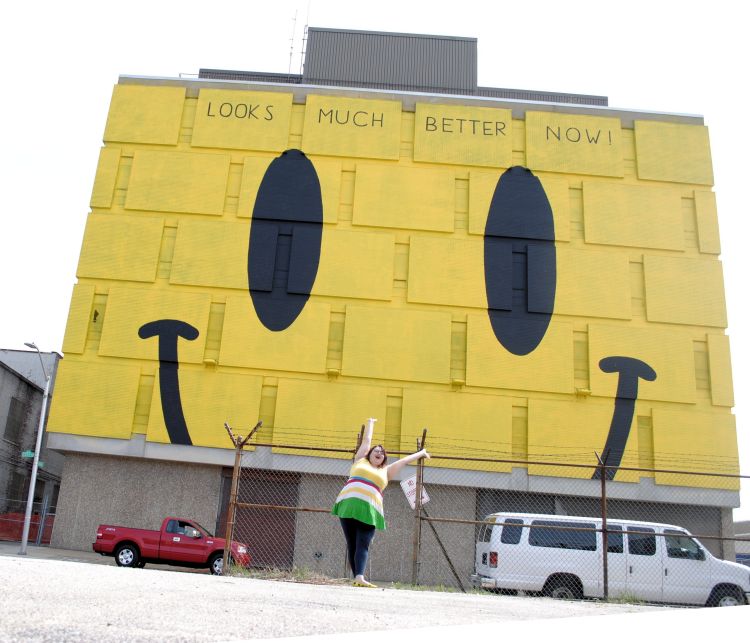