Hello!! I’m back from the west! I had a great time in Utah with Janice. We did a lot of exploring and I did some things I’ve never done before. 🙂 There’s going to be a bunch of posts about my trip, but obviously broken up, because I have an enormous amount of pictures.
The first night I was there, Janice surprised me with an awesome white cake with rainbow sprinkles and I was really excited to eat it. 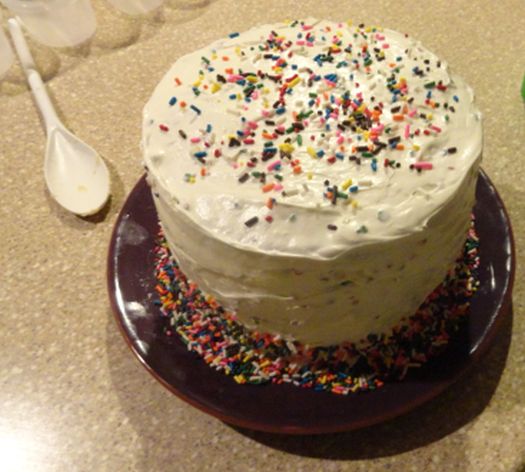 But then she and her roommate, Lindsay, had a little smirk on their faces and when she cut into the cake I was blown away. 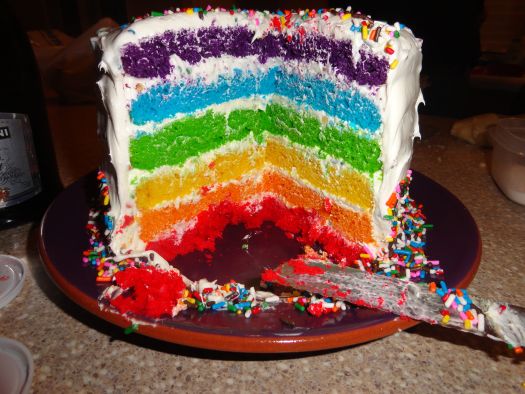 She made me a rainbow cake. Can you believe that?! It was incredible. And she made it with raspberry lemonade cake mix. And it was ahhhmazing. It was the most beautiful cake I’ve ever seen and it was also delicious. Have you ever eaten or seen one of these? I kept saying “this is something you only see on Pinterest!”
And as an added bonus she had infused gummy candies with alcohol. The margarita gummy bears were my favorite, closely followed by the root beer schnapps cola bottles. 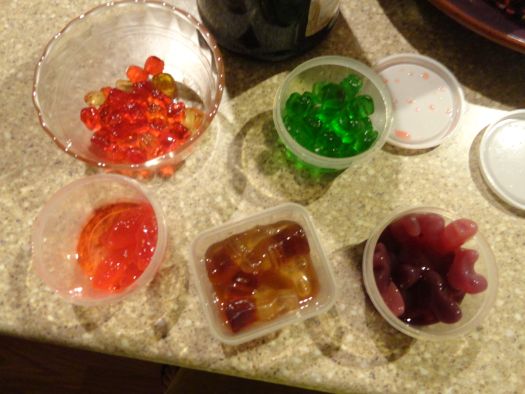 And the first picture I took in Utah was of the biggest dandelion I’ve ever seen in my life which are apparently normal out there. 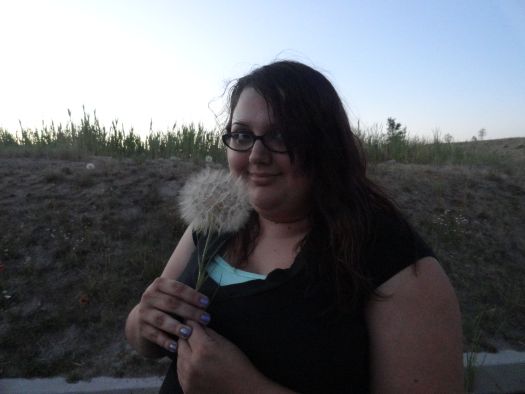 Such a great start to summer! I’m very excited to share all of the wonderfulness of my trip with you guys and I appreciated the love while I was gone! I have a lot of things to catch up on in terms of internet-ing, but it was all worth it. Tonight I am going to see Matt, hang out with Bug, unpack, and read blogs. I hope you had a great weekend. <3
in Uncategorized 19 Jun 201222 May 2014 0 comments
Share