And you know what? I think both of those things are correct. Fifteen isn’t a lot of life experience, but neither is twenty-five. I don’t have everything figured out now, a decade later, but just because I understand more about the world doesn’t mean that me experiences as a teenager are invalid or any less important.

Today I’m going to share five memories from my high school years. Some of them are things I wouldn’t repeat and some make me nostalgic, but you can see traces of Mary England throughout all of my stories. 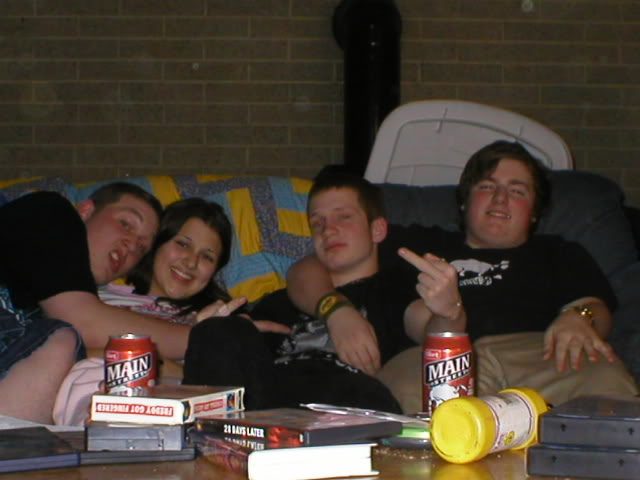 I had met three guys a few months prior (Brad, Nick, and Andrew), and since then we had hung out every day. We called ourselves the SNMG (Sunday Night Movie Gang), and we each had our own award ribbons from the dollar store which were somehow proof that we were a part of this self-proclaimed group. On New Year’s Eve we had decided to have a movie marathon in Andrew’s basement, which was where we usually hung out. We drank off-brand root beers, watched TV, and played board games. Around 1 am we all laid down, and I experienced being spooned for the first time. I was terrified that my stomach felt fat, and realized for the first time that Nick might like me. The picture we took that night is the only one that exists of all four of us.

These three boys taught me more about life than I ever could have hoped for. I learned about community, communication, and wholesome fun from them. I wouldn’t trade our dollar movie theater nights for anything in the world. 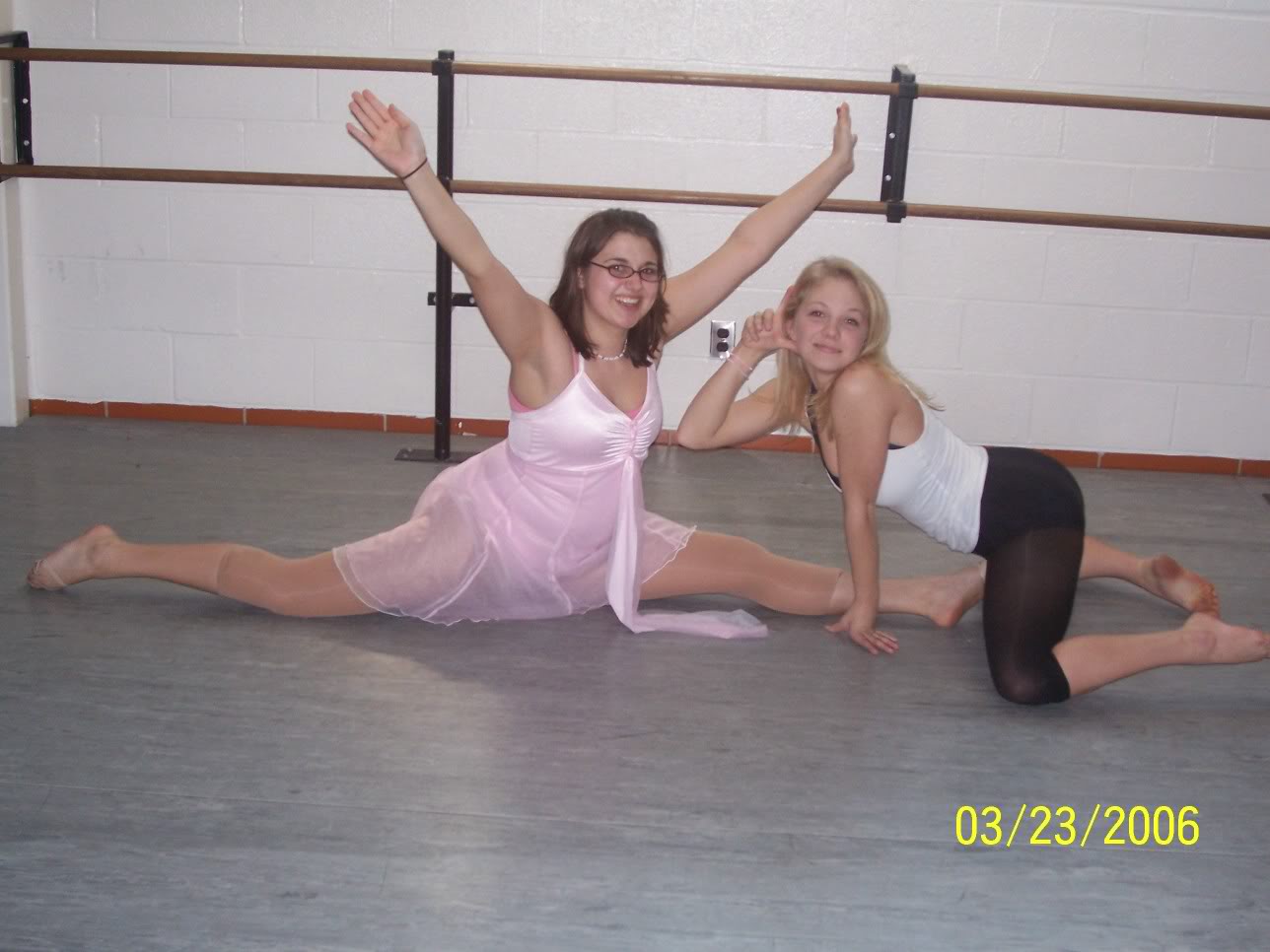 I had danced for many years before high school, but being on the dance company for four years was the highlight of my dancing career. Come senior year, I was captain and only one of two girls from my class who had lasted the whole four years which meant I was able to perform a solo. My costume was light pink, my song was “Black Balloon” by Goo Goo Dolls, and I called my performance “Undefined Rhapsody”. I had created fake choreography for one part of my song because I wanted to do something on stage that I didn’t think my coach would let me do.

There’s a part in Uptown Girls where Dakota Fanning’s character is dancing and she shakes out her ponytail and points to Brittany Murphy. I wanted to do that and point at David in the audience. David and I had broken up three months before, and I was convinced we were going to get back together. He ended up not showing up, but that moment still meant a lot to me. I went on after intermission, so I knew that he wasn’t there and I realized I had to do this move for me, not anyone else. So I did, and my coach came up to me afterwards and told me that she loved it.

Dance company was a huge part of my high school experience. I learned a lot about being a girl from my fellow dancers. Everything about sex, tampons, and fake eyelashes was spoken about in the back right corner of that studio. Performing remains one of my favorite feelings in the world, as is the high adrenaline nervous jumping that precedes walking out on stage. 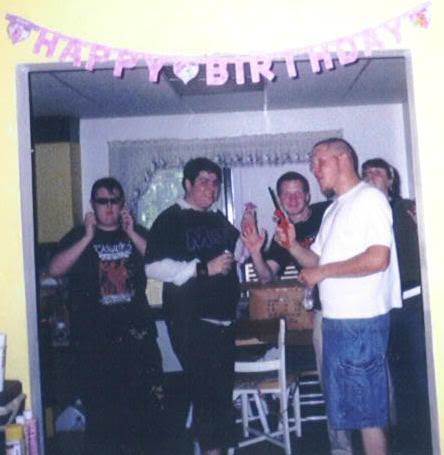 It was my birthday and the first day of summer. I had selected a small white dress from Forever 21 to pair with my platform flip flops, and all I knew was that we were going to hang out at David’s house later that night. Nick (who I was dating) drove me to David’s house, and as we pulled up I saw Matt and Charlie scurrying in David’s front door. I was really confused about why they were there, but I didn’t realize that they had thrown me a surprise party until I walked through the front door and saw the birthday banner.

We lit fireworks and colored smoke bombs as the sun went down. Looking back it’s kind of weird because I ended up dating Nick, David, and Matt at different points in my life. And there was that night when they were all in the same room, celebrating me. 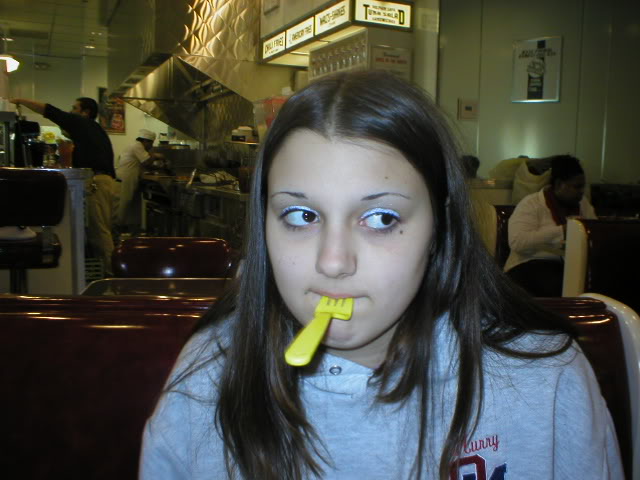 It was Spring, and Nick and I hadn’t been dating very long. I was at the height of my mental instability. No medication or therapy yet; just a bundle of anxiety, self-doubt, and sadness. The SNMG went to Friendly’s for some late night ice cream and Nick stole the cherry from the top of my sundae. I got very quiet and chewed on my hair. I don’t remember the middle part, but I remember running down Andrew’s street while Nick chased me, asking what was wrong. I cried and cried, saying how he clearly didn’t know me. If he knew me he would know that the cherry was my favorite part of the sundae, and he never would have taken that from me.

It was absolutely insane. That kind of irrational thinking kept me company many nights. I wish I hadn’t put my favorite people through so much shit while I was going through it all, but it happened and I can’t change it. Cherries are still amazing, but I’m way more comfortable as myself now. 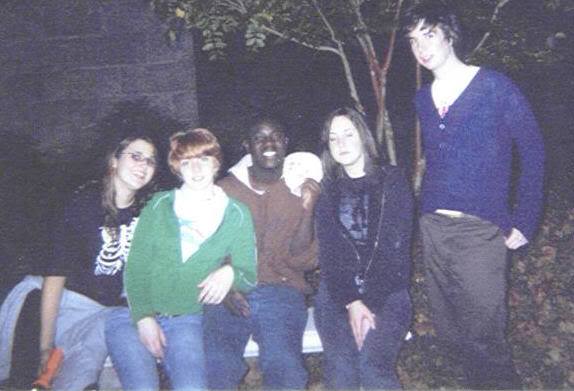 I had no plans for Halloween night. All I knew was that I was dressing up as Donnie Darko. I ended up meeting up with my friend, Stephanie, who had recently transferred to another school. We went with her friends to Ellicott City, to search for Creepy College. We walked along railroad tracks and broke into an abandoned house where my foot went straight through the floor. We met these people who took us to the Women’s Institute, where we realized we would have to climb a fence to trespass. No one wanted to go first, so I did. I got caught at the top, and while I was saying a silent thank you to myself for wearing pretty underwear that night because my pants were now completely torn open, we saw the flashing lights of a cop. Everyone scattered, and the cops kept going. We ended up going in and being disappointed by the lack of scary happenings. Going home with bleeding legs and crotchless pants was one of my favorite battle scars.

I remember feeling so liberated that night. Realizing that I liked the feeling of pushing boundaries, and that I can have amazing nights with people I only just met.

Do you still identify with your high school self?