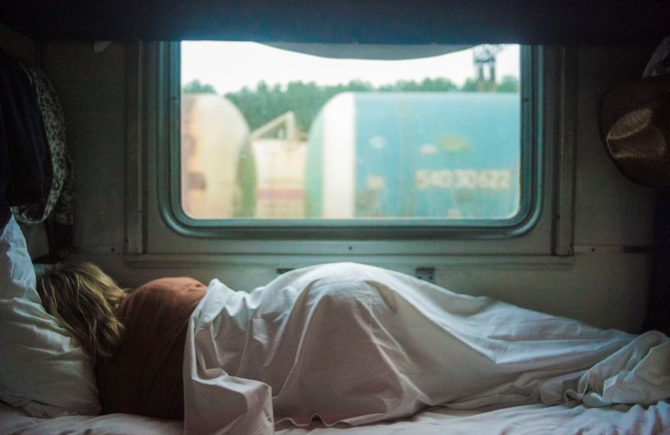 When you’re on the road, there are a few reasons why you might have trouble sleeping. But regardless of the whys of it all, it’s important to get enough shuteye.

Why? Well, there are at least 5 reasons why it’s dangerous not to get rest while traveling.

In this post, we’re going to cover them all – and hopefully, they will serve as motivation for you to make sleep a priority while you’re away from home.

1. You could get lost

When you’re traveling, there’s a good chance you’re visiting new and exciting places. And if you want to end up in those exciting places instead of the slums in the next town over, you’ll need to remain alert. You’ll have to pay attention to street signs, and you may even need to read a map. There’s a good chance you’ll have to make some quick decisions on where to go, and for this, you’ll want to be well-rested.

2. You’ll want to protect yourself

No matter where you are, tourists are easy targets for petty theft. This is why you’ll always get the advice to keep an eye on your belongings when you’re on vacation.

But it goes further than that.

If you’re tired, you’re at a higher risk of falling prey to someone’s scam, and that’s a common trap you’ll encounter in touristy areas.

We don’t always make the best decisions when we’re tired, and you don’t want to make a mistake and get scammed out of your hard-earned money.

3. You’ll want to enjoy yourself

Is it possible to have a good time when you’re mentally and physically exhausted? Even if you say yes, you can’t deny that you’d have a better time being well-rested.

While there are some experiences that are enjoyable no matter what, you can appreciate the event, even more, when you’re feeling good. You’ll also be able to participate in any event that takes place while you’re away.

When you’re unusually tired, it’s not just your cognitive function that’s impaired, but your memory will also suffer. While you may have some memory of the trip, when you try to look back fondly on the details, it’s more than likely going to seem like a fog. And while everyone else is laughing it up over all the funny moments you’ve shared, you’re going to be scratching your heads.

With adequate sleep, you’ll have a better overall cognitive function, which is going to be invaluable in any work trip. Imagine having to hop off a plane and head straight to a meeting when you’ve had zero sleep. Maybe you’ve been there, but you probably wouldn’t want to do it again. Regardless of how you think that meeting went, you can bet it wasn’t your best performance.

And if this is strictly vacation, you’re going to reduce your risk of a traffic accident by getting the right amount of sleep. Even though we all know drowsy driving is risky, too many people realize the true risks after it’s too late. The worst being a fatal car accident. For example, looking at California car accident statistics, popular vacation destinations such as Los Angeles County had a total of 657 fatal accidents in 2017. Coupled with the fact that drowsy driving is responsible for over 800 deaths a year and you have a recipe for disaster. When you’re traveling, you’re probably going to be doing some driving, so it’s very important to get a good rest.

Have you ever had trouble sleeping when you were traveling? If so, how did you handle it? Hopefully, you didn’t see any of the five dangers of not sleeping while you’re traveling.

The trip will be very different without sleep than it is when you’re well-rested.