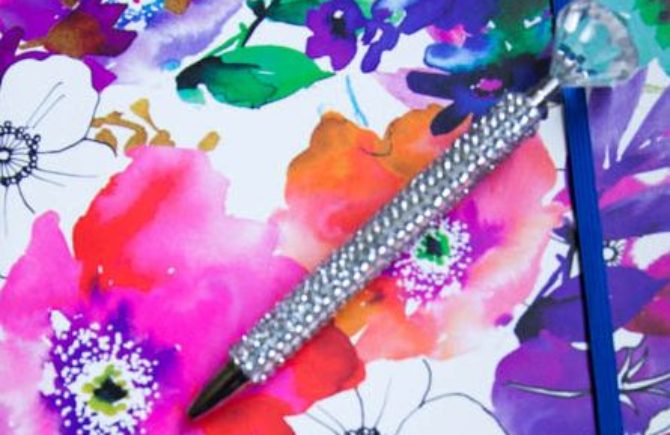 Ever get writer’s block? Probably. Whether or not you consider yourself a “writer”, it’s pretty easy to get writer’s block. I do think, as long as you’re a creative person (which we all are), writing can be a really important creative outlet. If not just for expressing yourself, but for distracting yourself and breaking through any kind of creative block. Not everyone is interested in writing a novel, a memoir, a poem, song, short story, or blog post. Maybe you just want to write down lists. Maybe you only want to write on napkins when an idea strikes at a diner. Another fun idea is to see how many words you can type on any given subject. A resource like a word counter can help with that!

Either way, if you’re feeling blocked creatively, it can’t hurt to sit down with a notebook or just a plain sheet of paper and try to simultaneously distract your brain from the thing you’re stuck on and expand the way you’re thinking. Pro essay writers often use this trick to get themselves back on track whenever they are experiencing a mental block. Our best ideas tend to come when we’re distracted, and I personally feel sharper and more creative when I’ve tried to think in a different way than my mind usually wants to.

I remember when I was first dating Joe, we were playing the question game back and forth to get to know each other. He’s a big comic book fan, and I asked him what his least favorite superhero was. He really had to think. I was impatient (as always) and kept pushing him to give me an answer so we could move on. He told me it was making him think in a way he wasn’t used to, and then he asked me what my least favorite something was. I can’t remember specifically what he asked me, but I remember being stumped.

The question game is something I’m great at. I know my favorite everything. But we tend to fill our brains on the more superficial levels with things that we love, but it takes a different kind of thought process to think about everything in a category we’re aware of and what truly ranks last in terms of preference. Honestly, if nothing on this list of writing prompts below sparks your interest, I strongly recommend trying to think of the answers to your least favorite something, something, and something else.

Anyway! I hope you can find these writing prompts useful for whatever your purposes and needs are. You don’t have to credit me if you use them, but I would love to see what you write if you choose to respond to them! Link me over and I’ll share it on social media. And if you want a free printable for keeping track, click through below!