Once I found my idol, Katie Sokoler, I was introduced to the group Improv Everywhere, and I couldn’t get enough of either of them. Improv Everywhere started with one guy, Charlie Todd, and his wonderful ideas back in the early 2000’s. He began with just a few friends doing pranks for strangers, and it slowly evolved into something that is recognized all over the world. Recently, a film about the group came out. I cried while I watched it, and if you’re even a little bit interested in their movement, I definitely recommend seeing it.

One of Improv Everywhere’s pranks was a No Pants Subway Ride, done in New York City in 2002. They ended up doing it again every year, and slowly other cities started to become involved. This year, 60 cities all over the world participated! One of them was DC, so naturally I joined in.

I was incredibly excited to participate, and left home with ample time, but my Metro line was only running on one track, so I was really late. We were supposed to meet at a park near the Metro to receive instructions and form groups, but by the time I got to the station, everyone was already coming back onto the Metro sans pants! I just took off my skirt, put it in my bag, and walked to the nearest train. For someone relatively inexperienced with the Metro, I rode it like a pro. Groups of us would enter a train, and then get off at random stops. At some point I rode all the lines: red, green, yellow, blue, orange, whatever! I was everywhere. I was even on a car where I was the only one without pants. 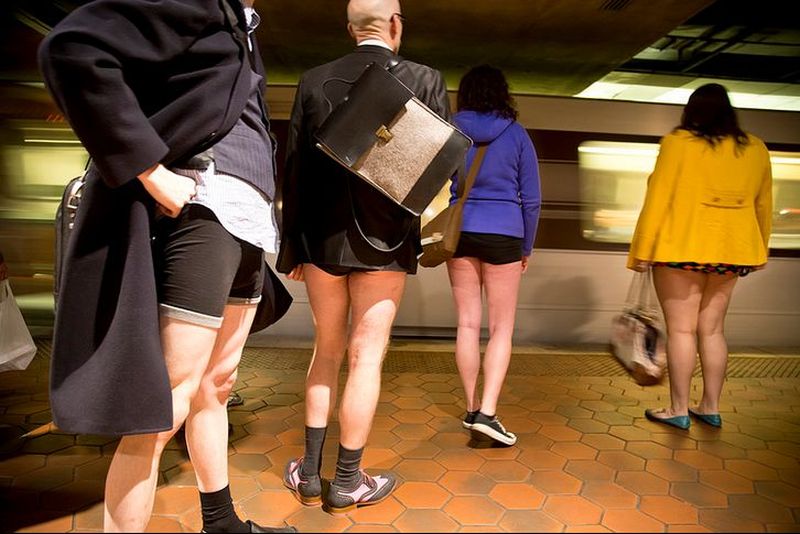 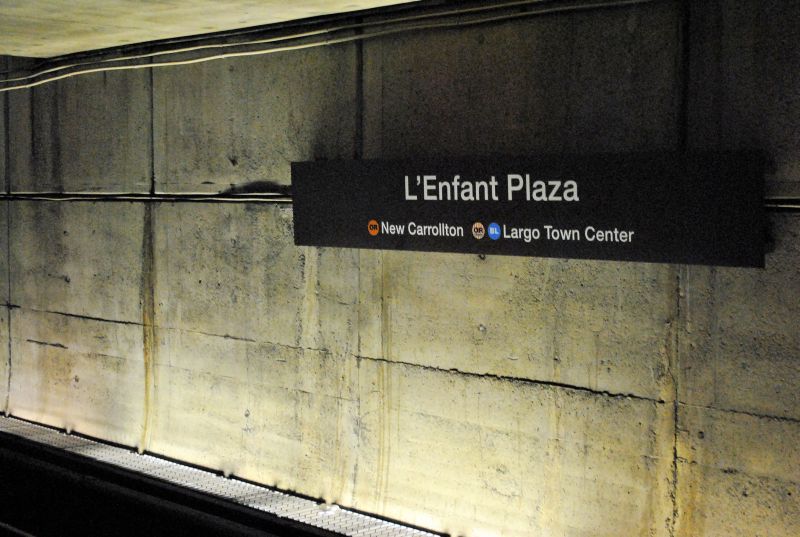 The original vision of this mission is to be nonchalant about your no-pants-wearing. Maybe you just forgot your pants, but either way, you’re supposed to keep a straight face. A lot of people didn’t do that, and I was texting Michelle about it on my way home. I realized that once something like this becomes popular and spreads so far, you have to be open to it transforming and different visions coming to light. For me, standing by myself on my phone, like I’m a regular commuter was how I wanted to play it. But if you want to wear capes and chant “NO PANTS!”, then more power to you. 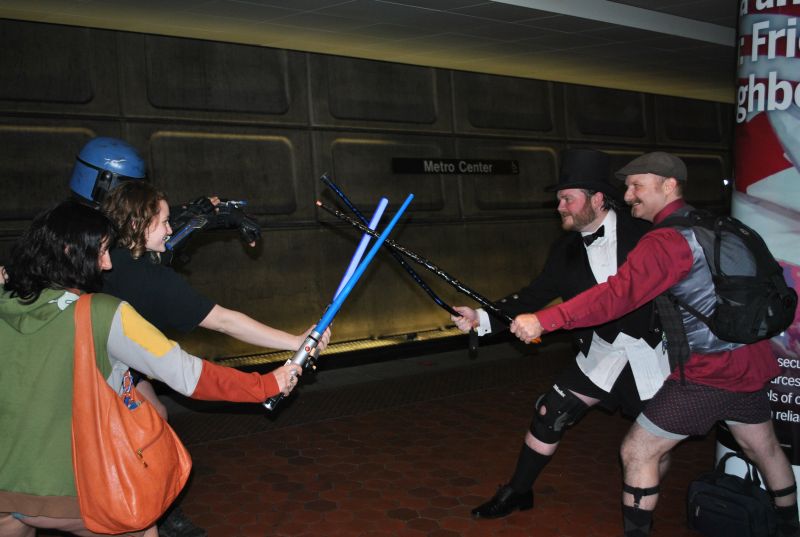 There was tons of press there. I was interviewed by two different people. Here is the video from the Washington Post. You can see me three times in it. Look for a yellow coat! And here is the Fox 5 video, which I speak in once. And here’s some less awesome footage that I took.

I heard a lot of comments about what people were seeing. One of my favorites was “People without pants on the Metro. The world is changing!” I thought that was excellent! We can change the world, you know. Sixty years ago we would have been chastised for taking off our pants in public. Sure, there were many strange looks (mostly from middle aged women, I noticed), but overall it was embraced. I saw three people, who had no idea what was going on, join in and take off their pants once they understood the event. How awesome is that!?

Something really made me think, though. I was running around in bathing suit bottoms and a winter coat for hours, and it was a thing. I was part of a scene, just based on what I was wearing. Once I decided to get back on a train towards my car, I had to get out to make a transfer. I put on the skirt I’d been carrying around in my bag, and all of a sudden I was blending in. It took two seconds to step into a piece of fabric that fits around my waist, and I was decent. I’ve been thinking a lot about what we consider to be “decent” and “appropriate” and why that is. But perhaps that’s for another blog post. 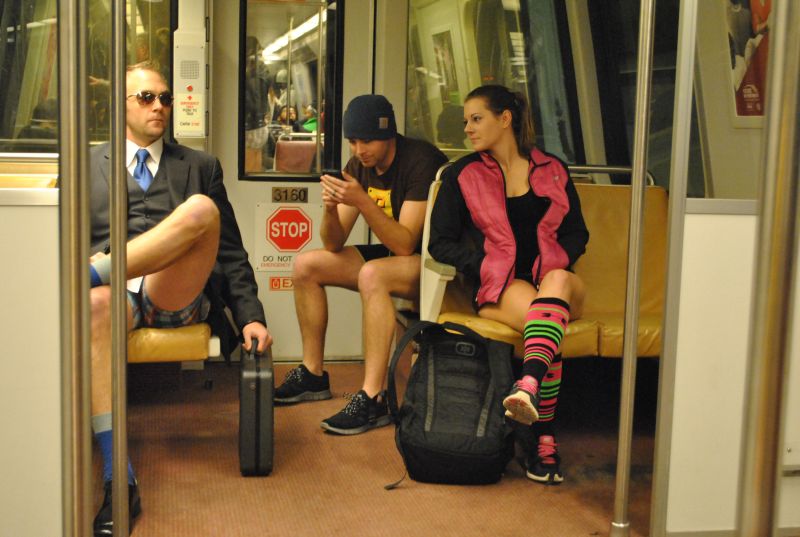 I had an incredible time. I can’t believe this is the first time I’ve ever done this, but it’s a really great feeling to know that this is something that you’re going to for the rest of your life. Even if the movement stops, and I’m 55, I will be riding whatever local transit I have in my underwear. 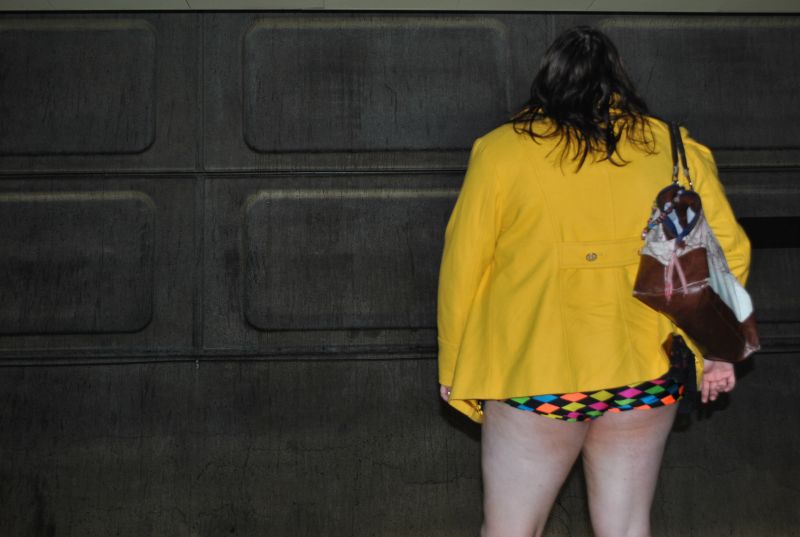 For more photographs, check out the official DC Flickr and this post by the Brightest Young Things. (I uploaded more pictures to Flickr as well.) You can also search Instagram using the hashtags #NPSR #NoPantsSubwayRide #NoPantsSubwayRide2014 #IE #ImprovEverywhere

If you’re interested in how New York blew it up this year, check out their official video! And while you’re on YouTube, check out some more of their videos. Their movement is brilliant.

Would you go pantsless in your city?