If you’re like me, the most experience you’ve had with roller derby was enthusiastically watching the movie “Whip It” with Ellen Page and Kristen Wiig. Recently, though, my friend, Suzie, started on a team in Houston and I became way more interested in the subject. I decided I would prioritize my goal of seeing a roller derby bout sooner rather than later. 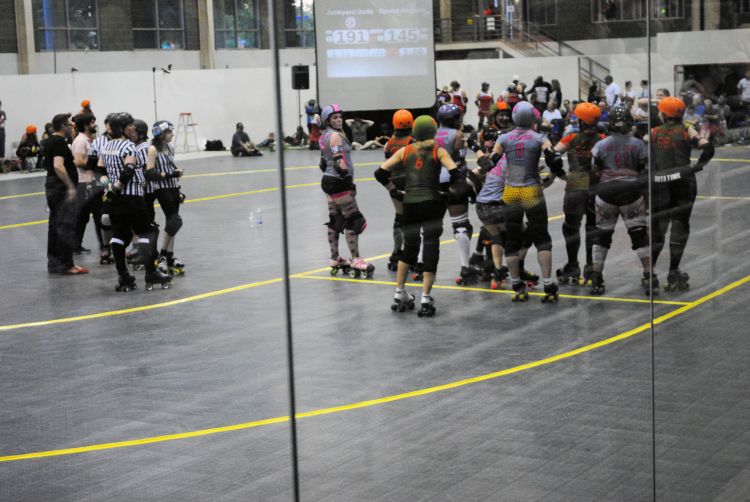 Baltimore is home to the Charm City Roller Girls, and I bought tickets to see the championship at the DuBurns Arena. Ashley came with me, and it was her second time in that environment. We really had no idea about the rules and tried our best to use context clues and Wikipedia to stay on top of what was happening. After a while, we realized that basically everyone around us was also pretty clueless. Towards the end of the bout, though, we pretty much had it down. 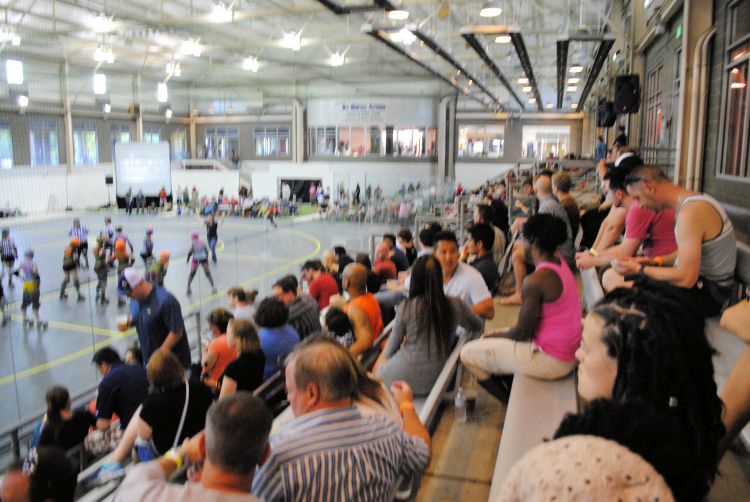 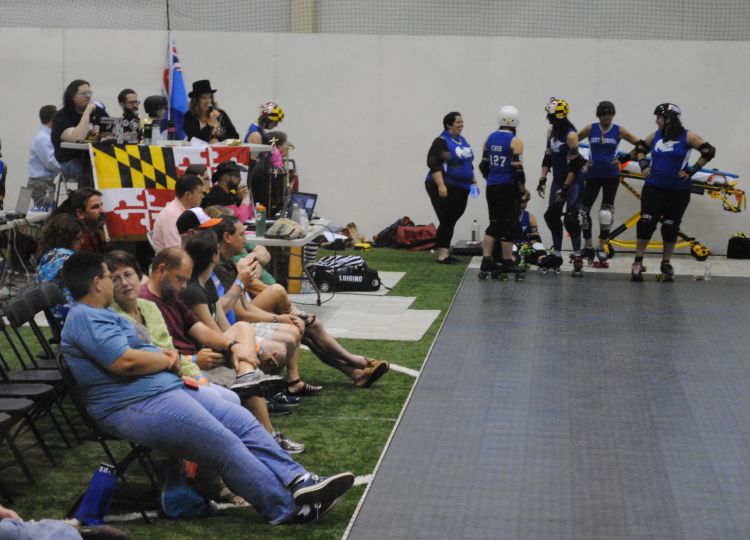 + There is less moving than I thought, overall. I thought that the pack of girls would be constantly moving, but the majority of the girls’ job is to prevent the “Jammers” from passing them
+ There is a lot of stuff going on in the center of the rink, including multiple referees and a score counter
+ Hand signals are really utilized, some of which seem unnecessary to me (like constantly bending your arms back and forth while a time out is in session?)
+ The points get really high, just like in basketball
+ It is pretty violent… there’s a stretcher on site
+ The environment wasn’t as sketchy and dark as I expected (like in Whip It)
+ The roles of the teammates change very often, and this can be signified with these little knit caps they put on top of their helmets
+ Offense and defense are both constantly being played by each team member
+ The announcers were constantly talking, but no one could hear them 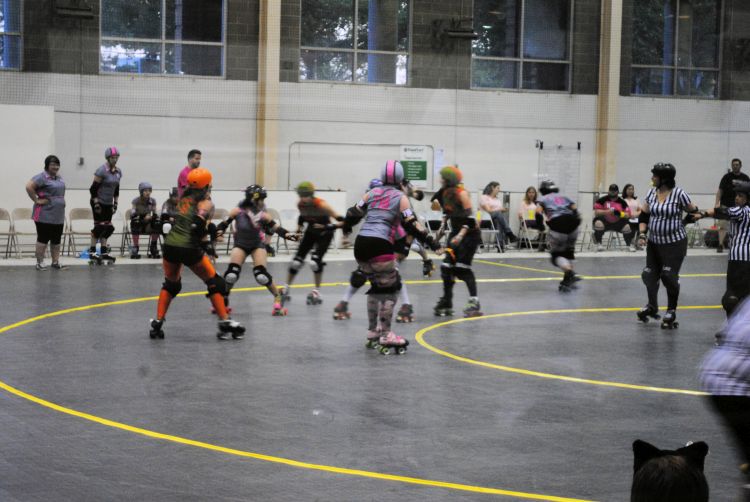 We had a good time, and we bought some shirts afterward. I don’t know that attending bouts will be a regular thing for me, but it’s more of an option now that I know how the game is played. I really admire these girls, though. As someone who can’t skate or handle a blow with grace, I respect their skill. 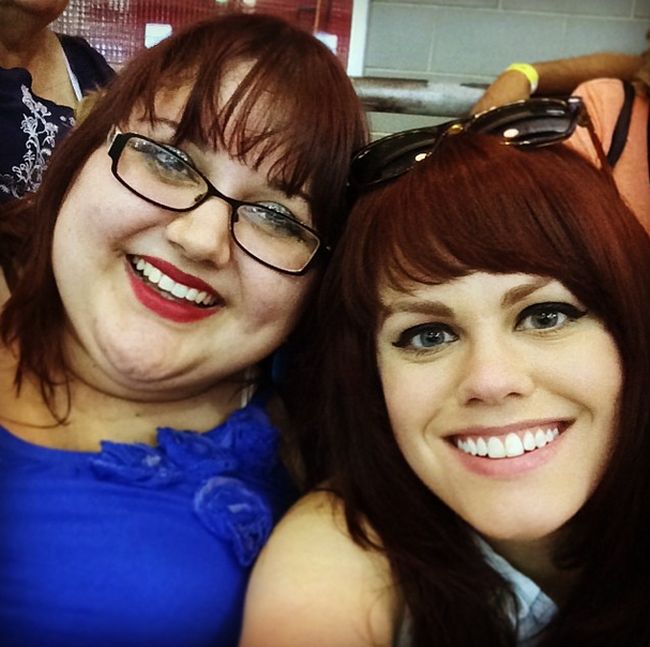 There was another bout after the one we saw, but we had a pool party to get to. The Junkyard Dolls won, and I was obviously excited about that because I liked their grey and pink uniforms better. 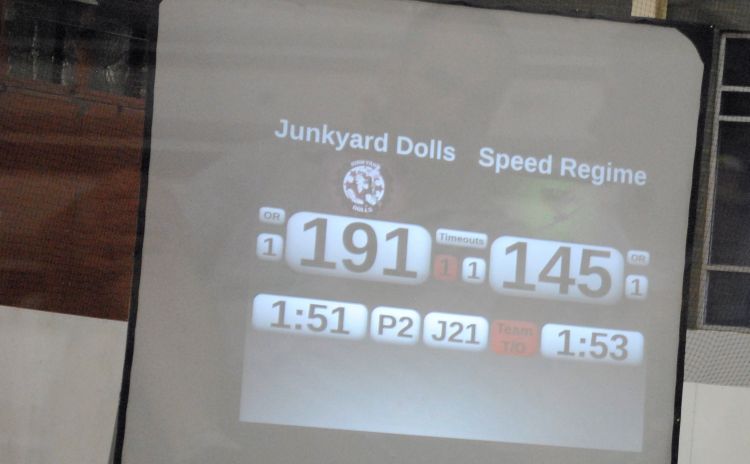 Have you ever been to a roller derby?

PS – Check out the “What’s Your Roller Derby Name?” quiz. The questions are silly and don’t really matter, but you might get a fun answer.