Every month, I host an event in the community. This month, I thought it would be cool if a bunch of people started taking pictures of themselves on their phones at the same time, and Selfie Flash Mob was born. I expanded it and asked people from all over to join in. Even though it was just Jason and I at the Walters Art Gallery, it was really cool to know that at the same time, in all parts of the country people were snapping pictures. 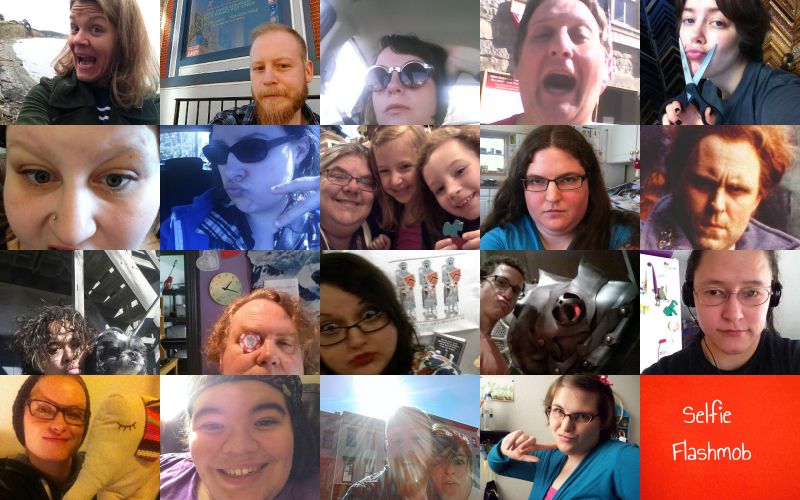 I received photos from people from Maryland, Washington, California, Texas, Virginia, New Jersey, Indiana, Alaska, Michigan, and even Norway! Thanks to everyone for participating.

Since it was just Jason and I at the museum, I decided to participate in the flash mob myself instead of focusing on videotaping. I did get a little bit of footage, although it’s super short and weird. I really like the sound of my camera firing off, though.

Next month’s event is still in the works, but stay connected on Bloglovin’ and Facebook for future updates. In the mean time, check out previous events, including Photobooth Fun, Human Rainbow, and Monster Mash Flash Mob.
in Creativity / Performance 23 Feb 201402 May 2015 3 comments
Share
Post tagsBaltimorecommunity eventperformance