Every month, I host an event in Baltimore. So when Beth contacted me with the idea of a Happiness Experience field day kind of adventure, I was on board without a second thought! Over the past several weeks, we came up with ideas for different stations and called upon the assistance of our very wonderful and creative friends.

From noon till two on Sunday, we were set up in Pearlstone Park, near the Meyerhoff. We had tons of activities for people to participate in! Sidewalk chalk, bubbles, face painting, hula hoops, kites, juggling, and more! 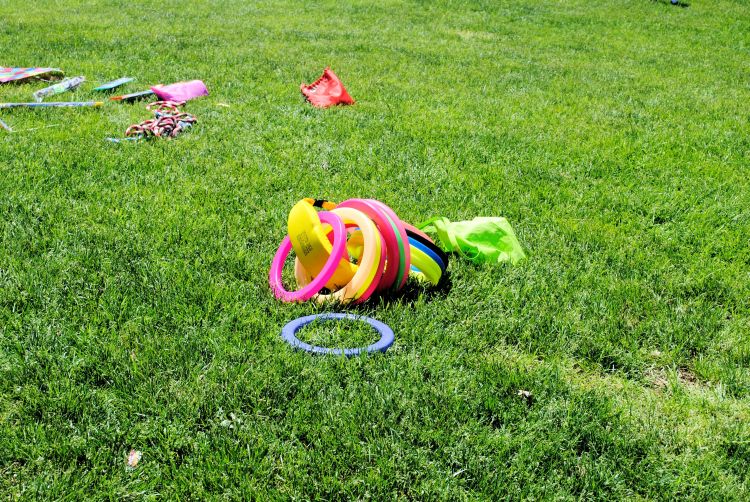 I brought a giant poster board for people to write down what makes them happy. It’s not nearly full enough, so I’m going to save it for future events. Ultimately, it can never be full. There are always more things to be happy about! 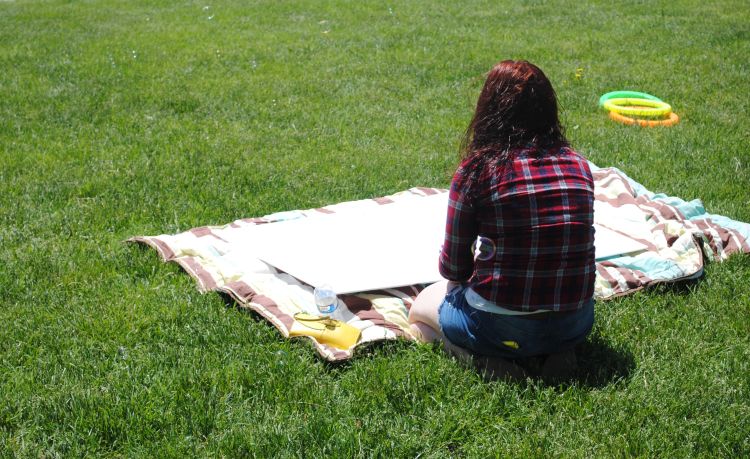 Lots of people walking by stopped to play. This woman stopped her car on the side of the road once she saw us! She and her family partied with us for over an hour. 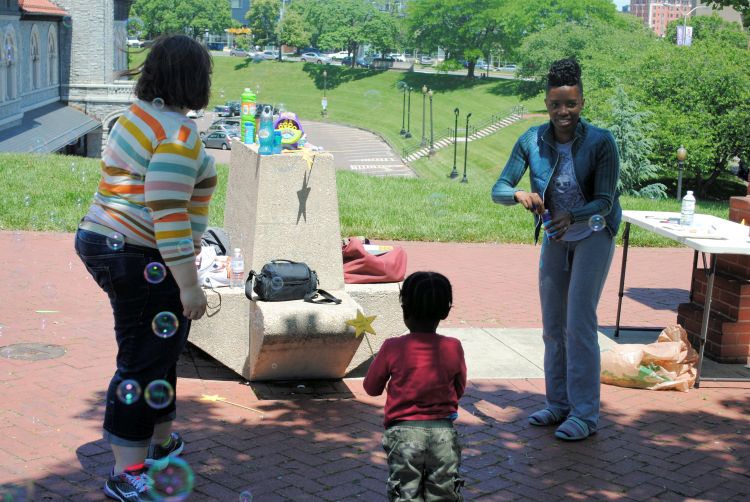 We even had April show up on her stilts and make balloon accessories for us. It was intense! She’s a whiz with twisting (as is evidenced by the elaborate dragon costume she made last month for her party). I’m in love with this picture; it seems like this kid is pretty skeptical of such a tall human. 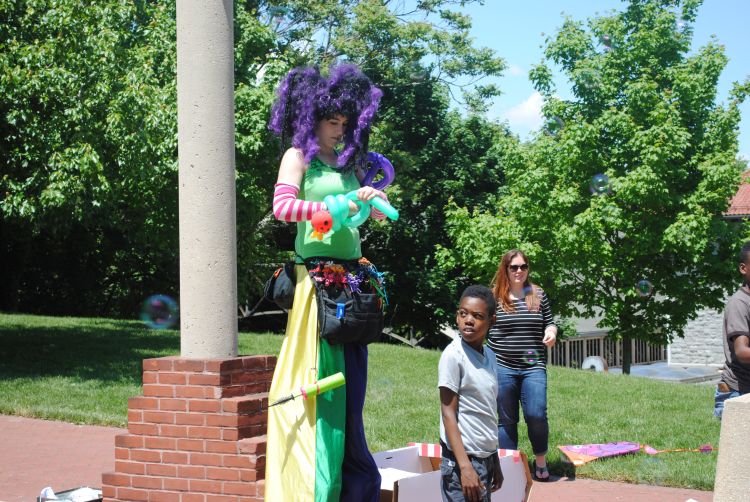 She made crowns, bracelets, and didn’t even bat an eye when Ashley requested a skirt. 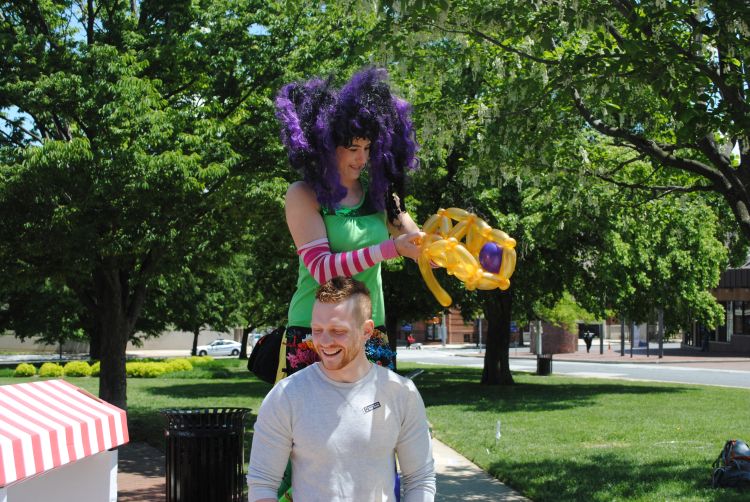 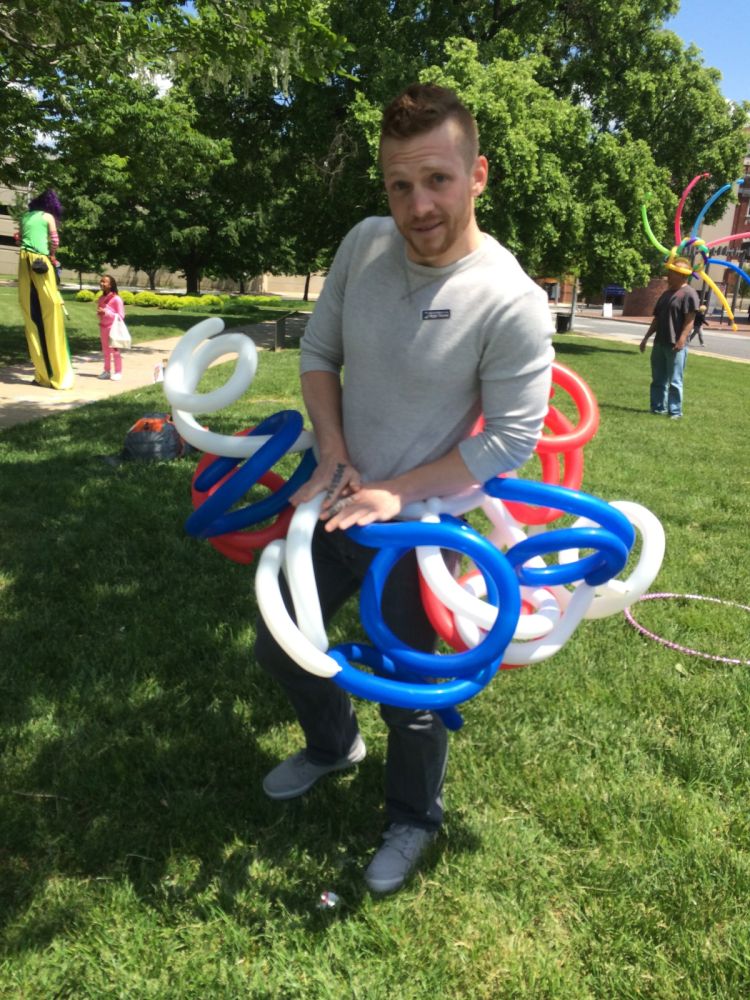 It was my dad’s birthday, and she made him the most wonderful hat to wear. He looked like a rainbow colored dinosaur while he drew with sidewalk chalk. We all sang to him, too. 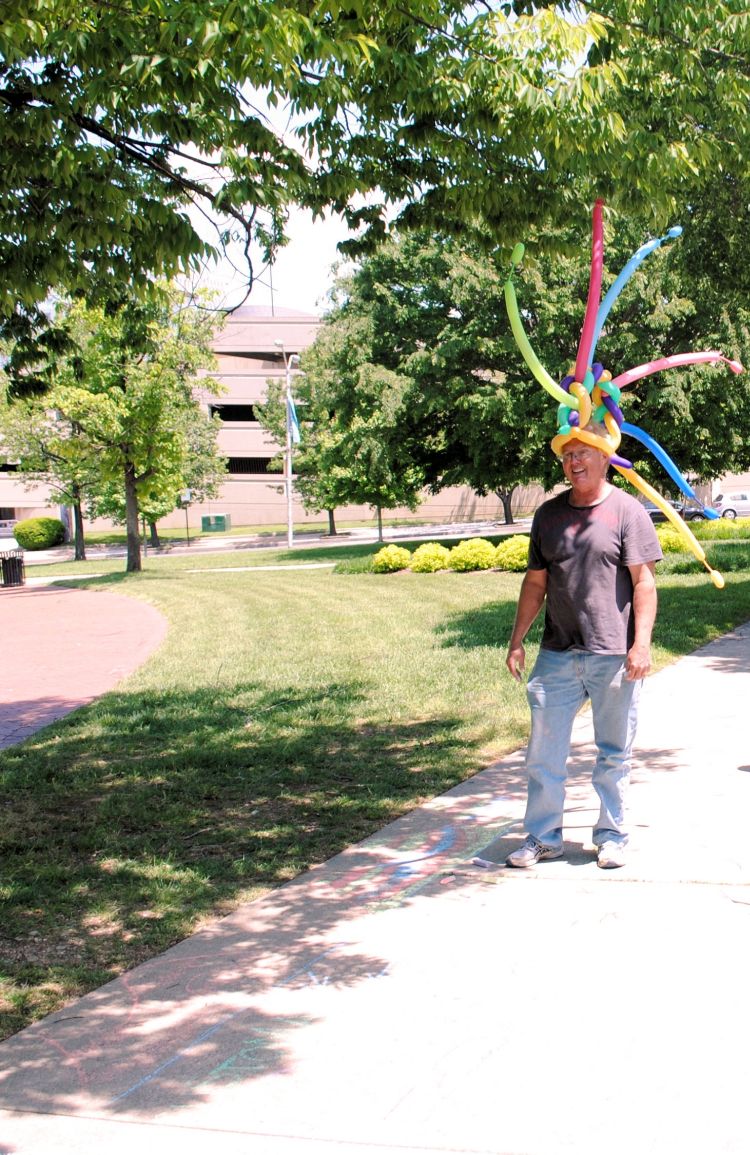 I loved the way people got into the sidewalk chalk drawings. It seemed like it was a non-threatening activity for passersby to get involved in. A girl named Katie came through and told us about this time that she left some sidewalk chalk on the ground and when she came back, people had drawn a ton more all the way down the street! It’s amazing what people can do. 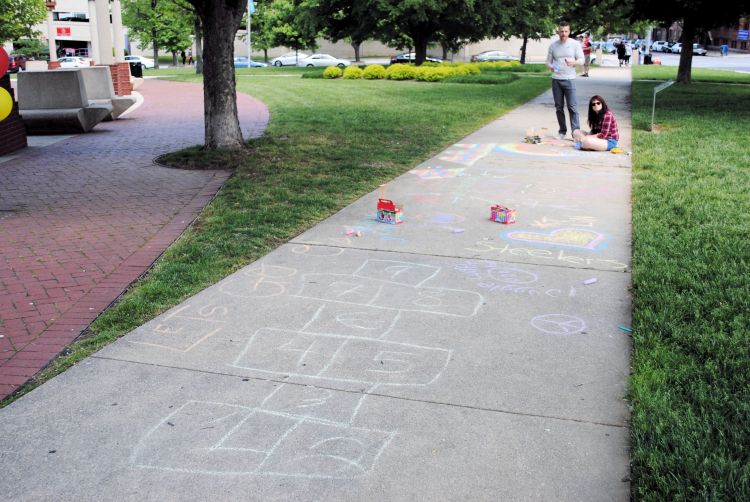 Ashley drew me with sidewalk chalk!! She nailed it. 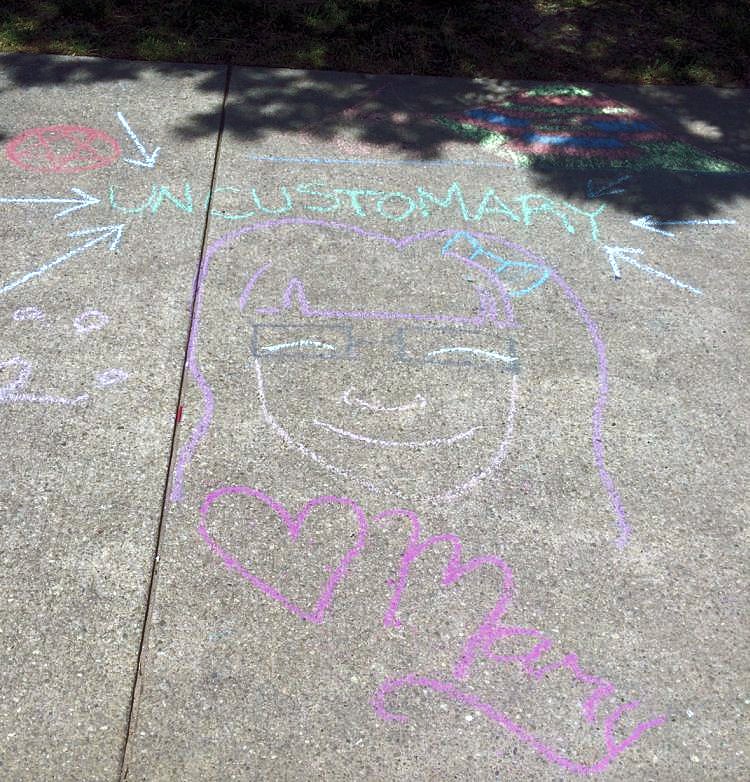 I’m also an actual juggler now! It’s so exciting! All those weeks at circus practice paid off, and I can continuously juggle three balls. It’s a great feeling. Speaking of circus practice, Marlin, a wonderful man I met there, came to the event and brought his bright juggling rings among other fun toys. I love meeting like-minds. 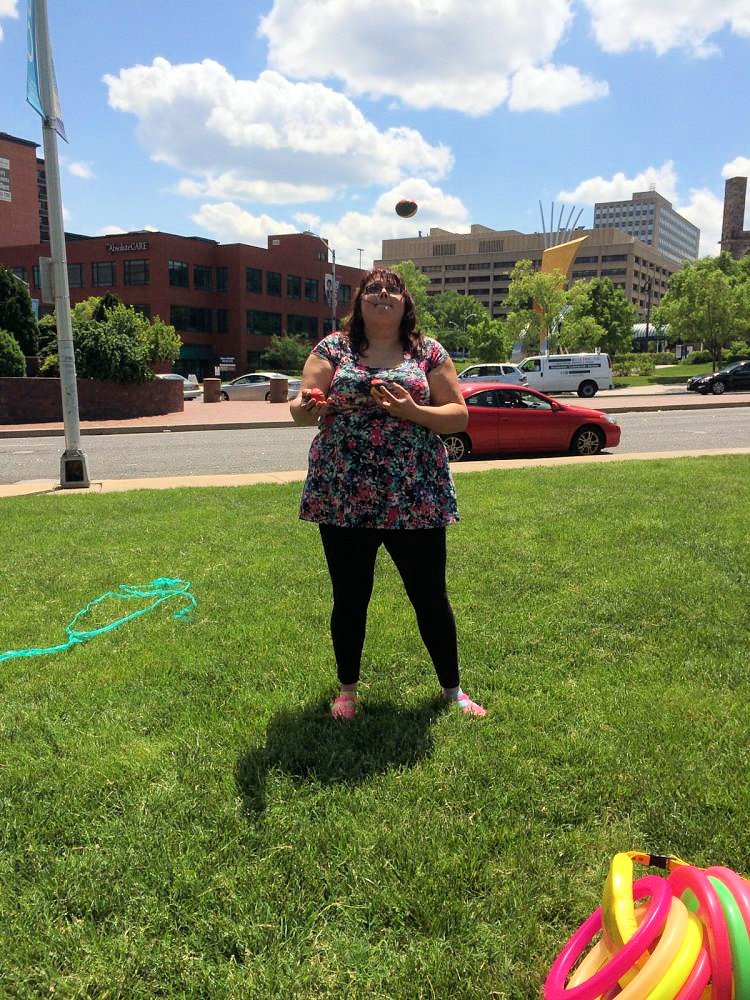 At one point, I led a little group of laughter yoga. One of the exercises required us to skip through each other, high five, and laugh. It was my favorite part of the day, not because of the actual activity, but because Ally’s dog ran around with us while barking. He totally gets laughter yoga. 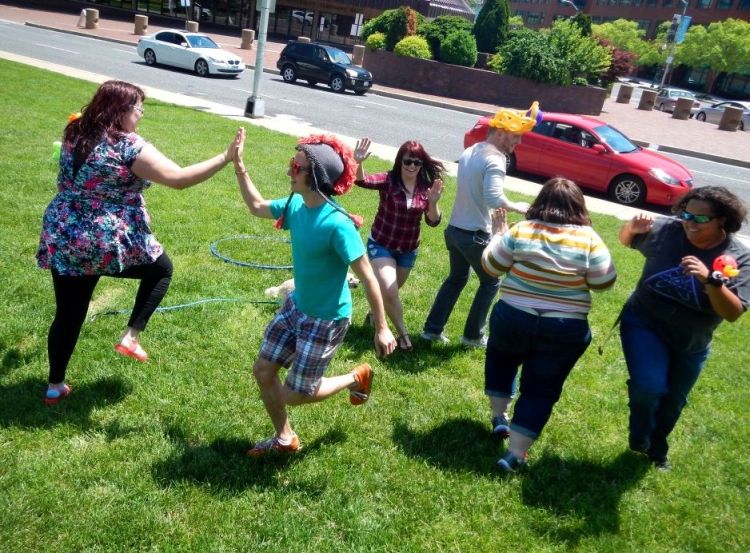 One of Beth’s ideas was to have a compliment booth. I brought my cardboard stand from Ikea, and it may have fallen over a ton because of the wind, but it was a great gesture. My second favorite part of the day was when Ashley got behind the booth, and walked with it like it was attached to her, over to this guy who was sitting nearby to try to get him to join in. He was studying, so we reluctantly gave him a pass, but that image of Ashley walking down the sidewalk will forever be in my brain. 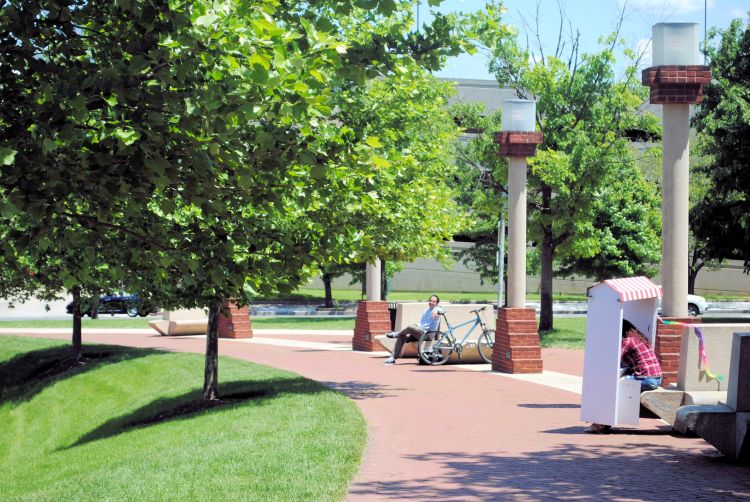 Thank you so much to all my friends who came out and helped. Beth for the idea, supplies, and generally being a great co-host, Sean and Katie for manning the bubbles, Ally for her skilled face painting, April for her incredible balloon creations, Brad and Ashley for operating the compliment booth, Jason for bringing his playground gear and teaching others, my dad for hanging out on his birthday and getting the sidewalk chalk station going, Marlin for keeping the kids happy with fun games, and everyone who made an effort to come out. It was great to see all of you!

The thing is, though, that sometimes after two hours of fun in the sun, you really just need a nap. 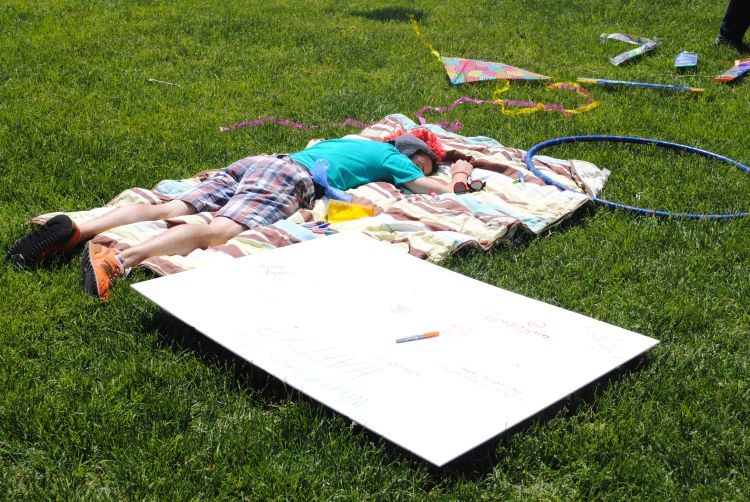 Are you local and want to get in on the fun? Check out the next event I’m co-hosting: Paint-A-Person. 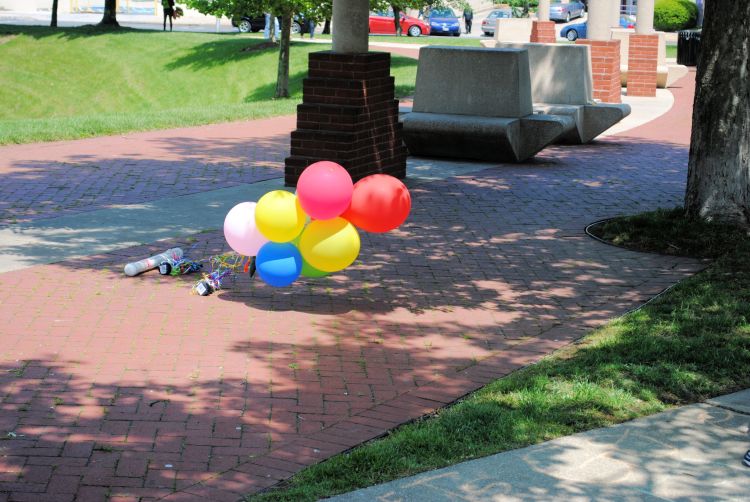