One of my goals before I turn 26 was to visit San Francisco. I knew that I would love the city, so I had to make an official plan. Turns out it coincided quite well with the mail art event of the year, Ex Postal Facto. As much fun as the mail art events were, it was only a part of my trip! San Francisco is an incredible city, and I know for sure that I will need to live there for at least a year of my life at some point.

Luckily, I was able to bump my trip up a day to avoid the snow storm on the east coast. I actually got in around the same time as Anne Elizabeth, and she, her boyfriend, Trevor, and I made our way to the Good Hotel. I stayed there for my extra night, and it was pretty great! It’s a very eco-friendly hotel with yellow doors, colorful bird houses, and a photobooth in the lobby. By the time we checked in, I had been awake for about forty-eight hours straight. I used by hyperactive and wired mood to sing loudly at pedestrians. It was a mix of Jefferson Starship and Tenacious D lyrics.

Later that night, Trevor and I took a long walk around the city. The architecture there is amazing, and any place that illuminates their city hall with a rainbow on all four sides is okay in my book. 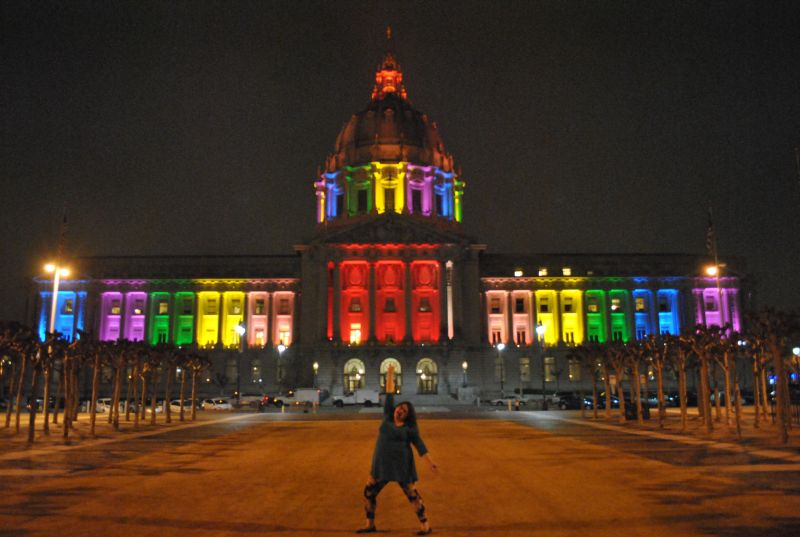 I was also able to meet up with my online friend, Heidi. We took a walk through Inner Sunset neighborhood to Golden Gate Park and did some guerrilla art with valentines. (I’ll share more about that tomorrow.) Inner Sunset is full of some of its own miraculous street art. A yellow swing dangling from a tree, painted benches, and inspirational quotes painted on poles. It was a beautiful place to be. 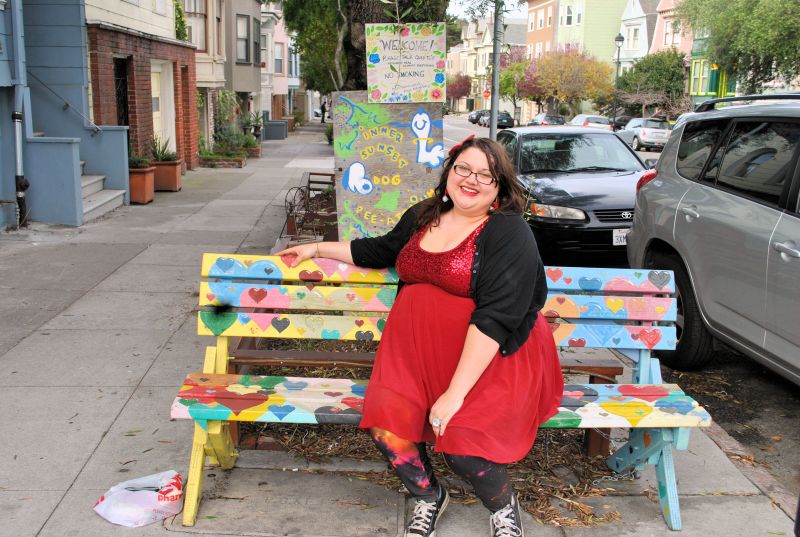 Obviously, I had to make sure I saw the Painted Ladies featured in the opening sequence of Full House. I also walked to the actual address they used in the show, which is never really featured visually on the show. Alamo Square Park, where they’re having the picnic, is a really beautiful park. I was glad to see dozens of people having their own picnic on a sunny day (in February)! 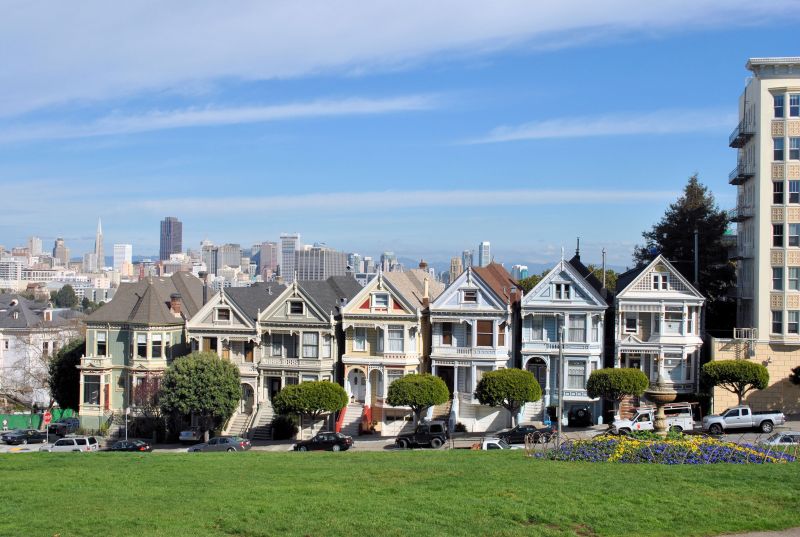 Something that was very notable was how friendly everyone was. Everyone from cab drivers to cashiers to people sitting next to you at a breakfast bar. One night, a few of us were out to dinner at a fancy restaurant, and I made friends with our waiter, Omar. I went ahead and wrote/drew all over the paper on top of our tablecloth and he said that he was going to put it on his refrigerator. I really hope that he did. 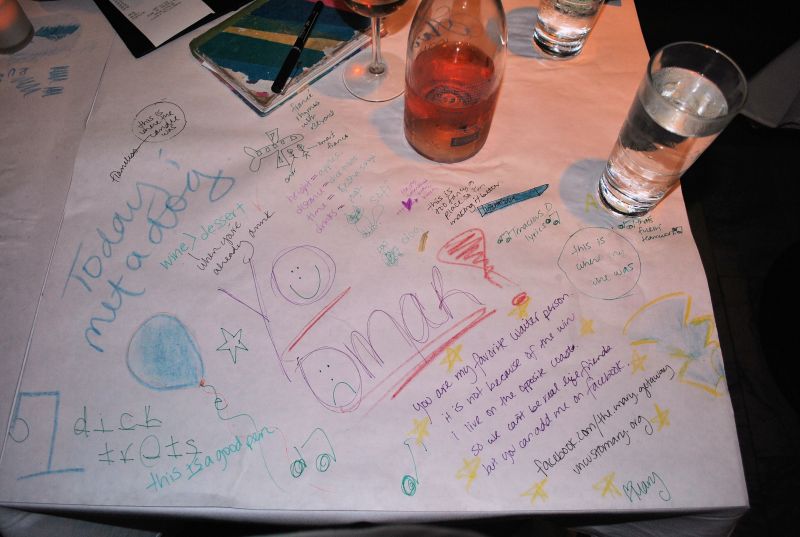 On Saturday evening, the Chinese New Year parade was in full swing. There were tons of people! Many troops of kids in costume, full bands, and intricate floats swarmed the streets surrounding Union Square and Chinatown. It made transportation a bit of a hassle, but check out this 2014 float! I’m welcoming this year with open arms. 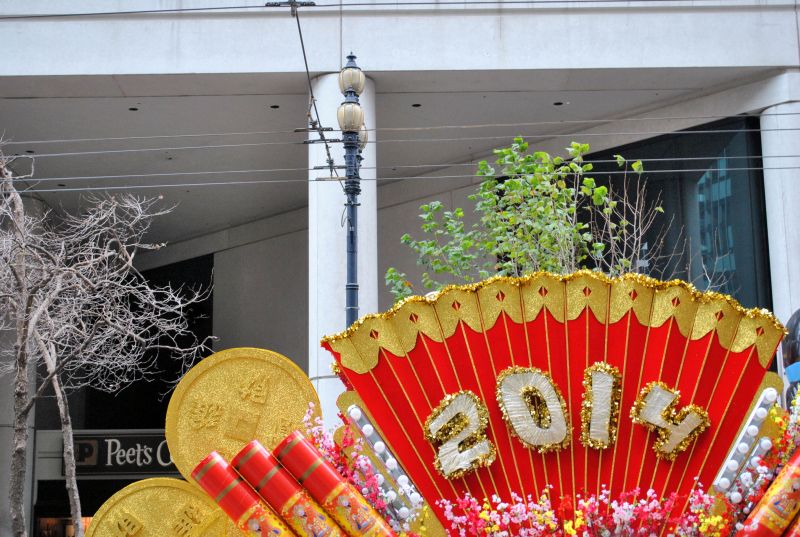 After the parade, Melissa and I headed over to the Cat Club where her friend, Bernadette, was performing in a burlesque show. Everyone wanted to go home after the show was over, but it was a Saturday night on my vacation in San Francisco! I wasn’t going home! It was one of the best decisions I’ve ever made.

I went up to some of the dancers who stayed for the 80’s dance party, Lady Satan and Ada Lavender (of Red Hots Burlesque). I told them how much I liked them, and they liked my sequined shirt, so we got along just fine. Before I knew it we were dancing our butts off. They shared their lip glitter with me and I got a lap dance from Princess Pandora. It was one of the most freeing nights of my life. And I mean that literally, too! They took scissors to my top to free my cleavage! It was a blast. 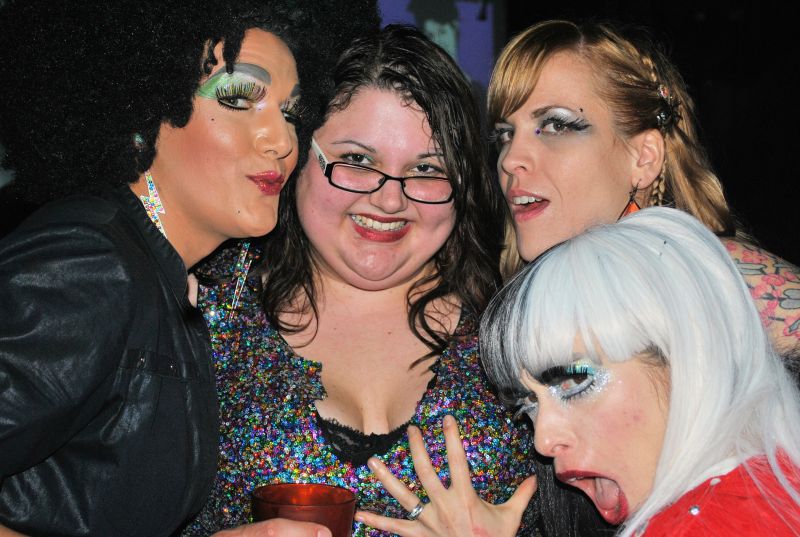 I’m also already looking into the burlesque scene in Baltimore. I want to take classes and start actually doing it. If anyone has any tips for this area, I’d love it if you shot me an e-mail. 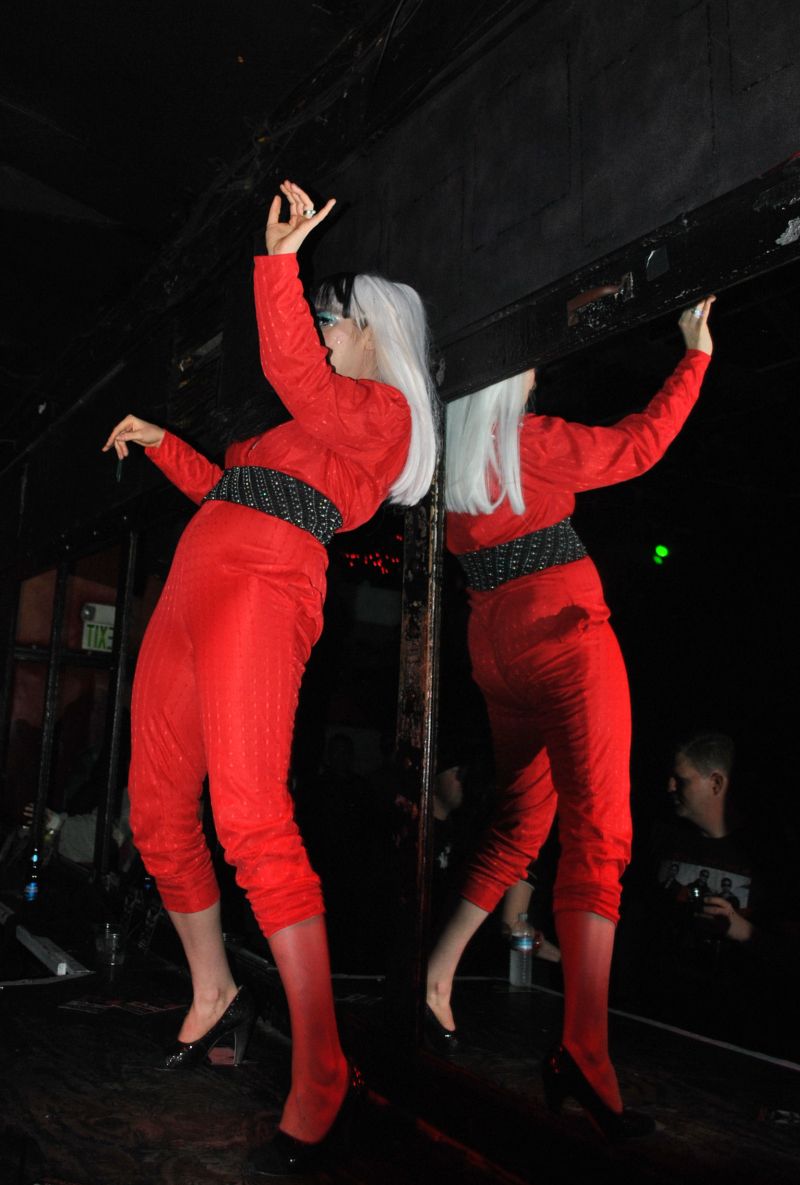 The entire trip was fantastic. I couldn’t have asked for more. It’s insane just how little I grazed the city’s awesomeness in the 5+ days I was there. Everywhere you go, there is something to do and a beautiful view. There are nail salons called “Hand Job” and a wondrous lack of fast food (I think I saw three fast food restaurants the entire time I was there). The art scene is gorgeous and the vibe is upbeat. I will forever recommend this city as a place to visit. Even if it’s just so you can see the beauty that is the Golden Gate Bridge.

And at the end of these fun-filled exhausting days, it was great to come back to a bright yellow Victorian house to rest my blistered feet. Thanks so much to my Airbnb hosts! 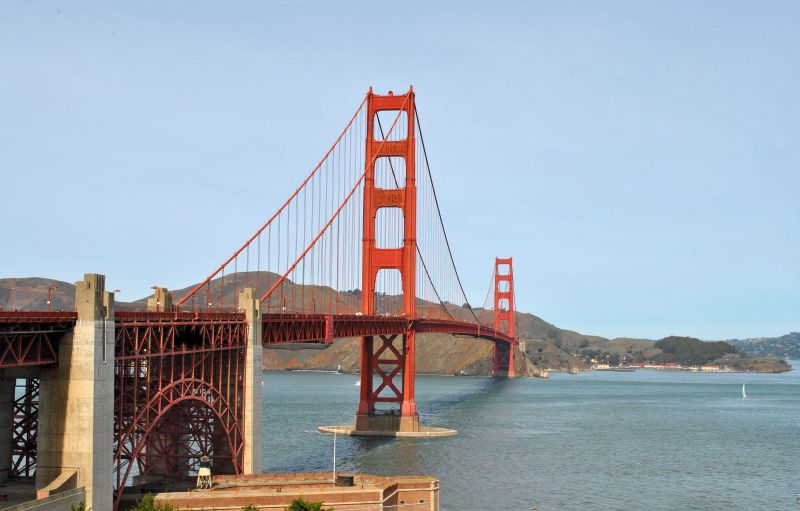 This is just a small sampling of the photos I took. Feel free to check out my Facebook album for more pictures!

Have you ever been to San Francisco? What did you think?