Months ago, my coworkers and I knitted (and crocheted) squares for a large panel. I had heard of a giant yarnbombing project called Knit The Bridge, and five of us wanted to contribute to the installation. In August, I closely followed the press revolving around covering the Andy Warhol bridge in yarn. Pittsburgh is about five hours away from me, but I still wanted to see it in person. So last week, I made the trip up to western Pennsylvania.

The bridge was magnificent. I walked the entire length of it, and then the length of one of the sister bridges to see the panel that we had submitted. When you submit a panel, they make note of where they installed it, so it’s easy for you to find. Ours was on the outer side, so it was very difficult to see it while walking on the Andy Warhol bridge. It was visible from surrounding points, though, and I obviously dangled my camera over the side to try to get a shot. 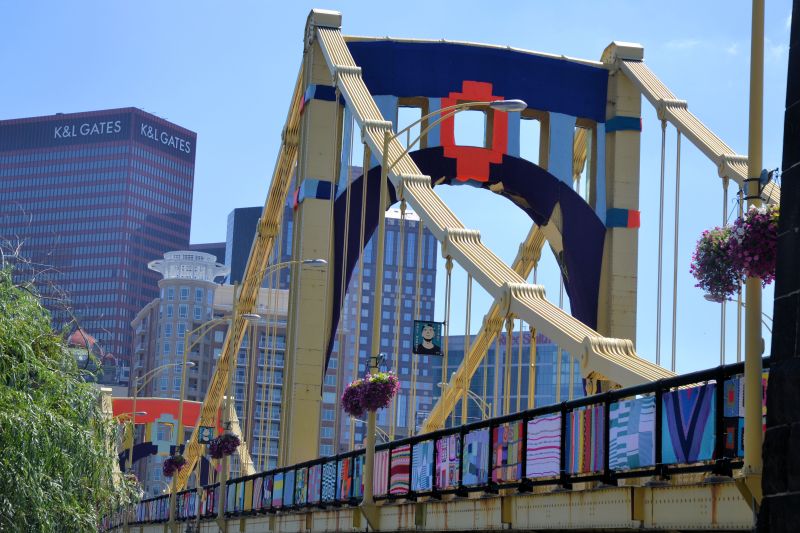 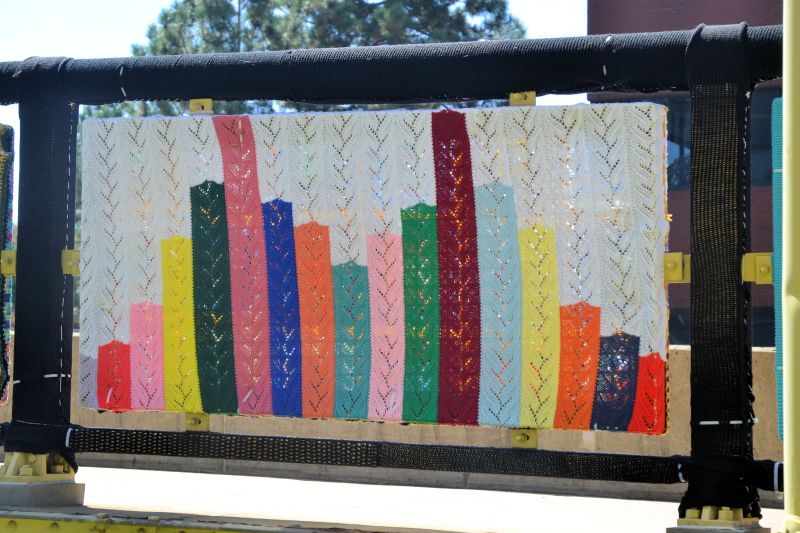 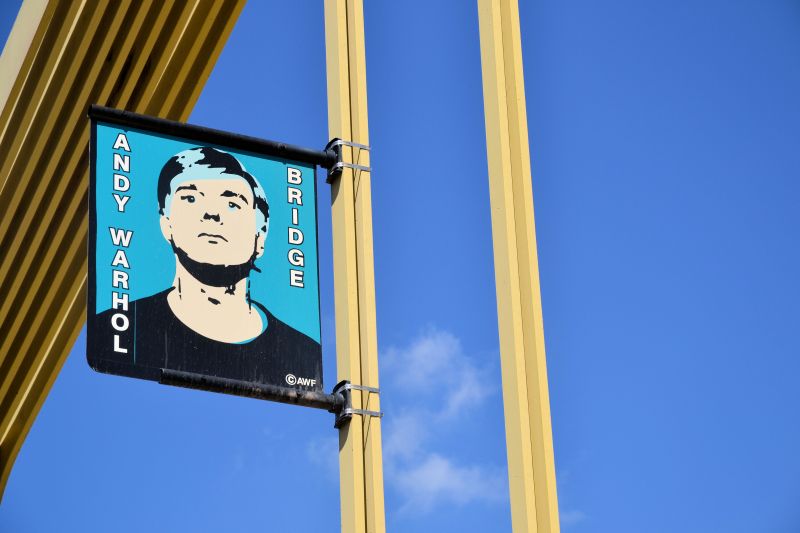 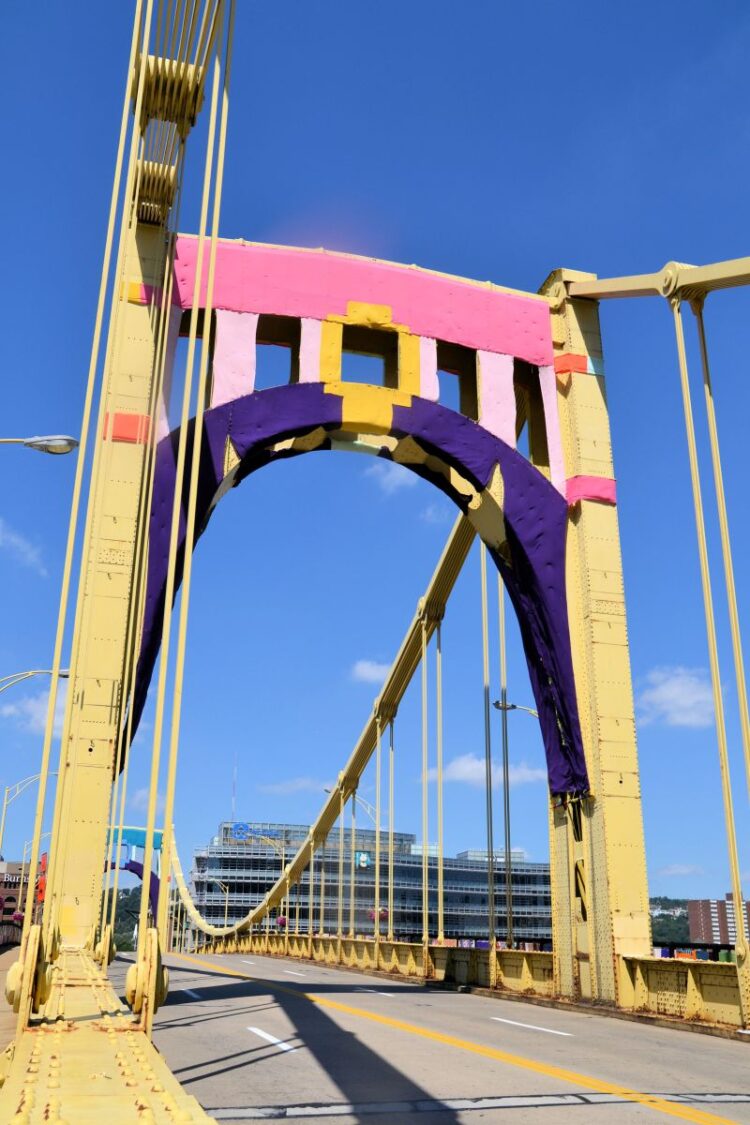 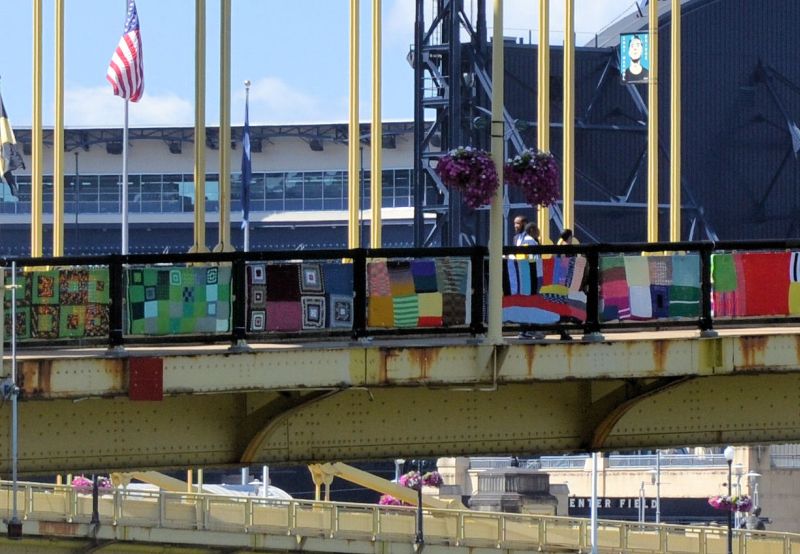 You can see our panel in the middle. 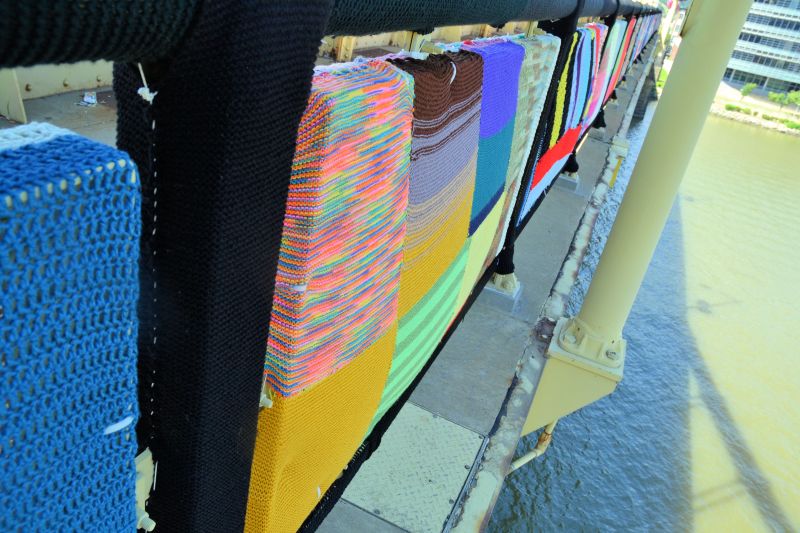 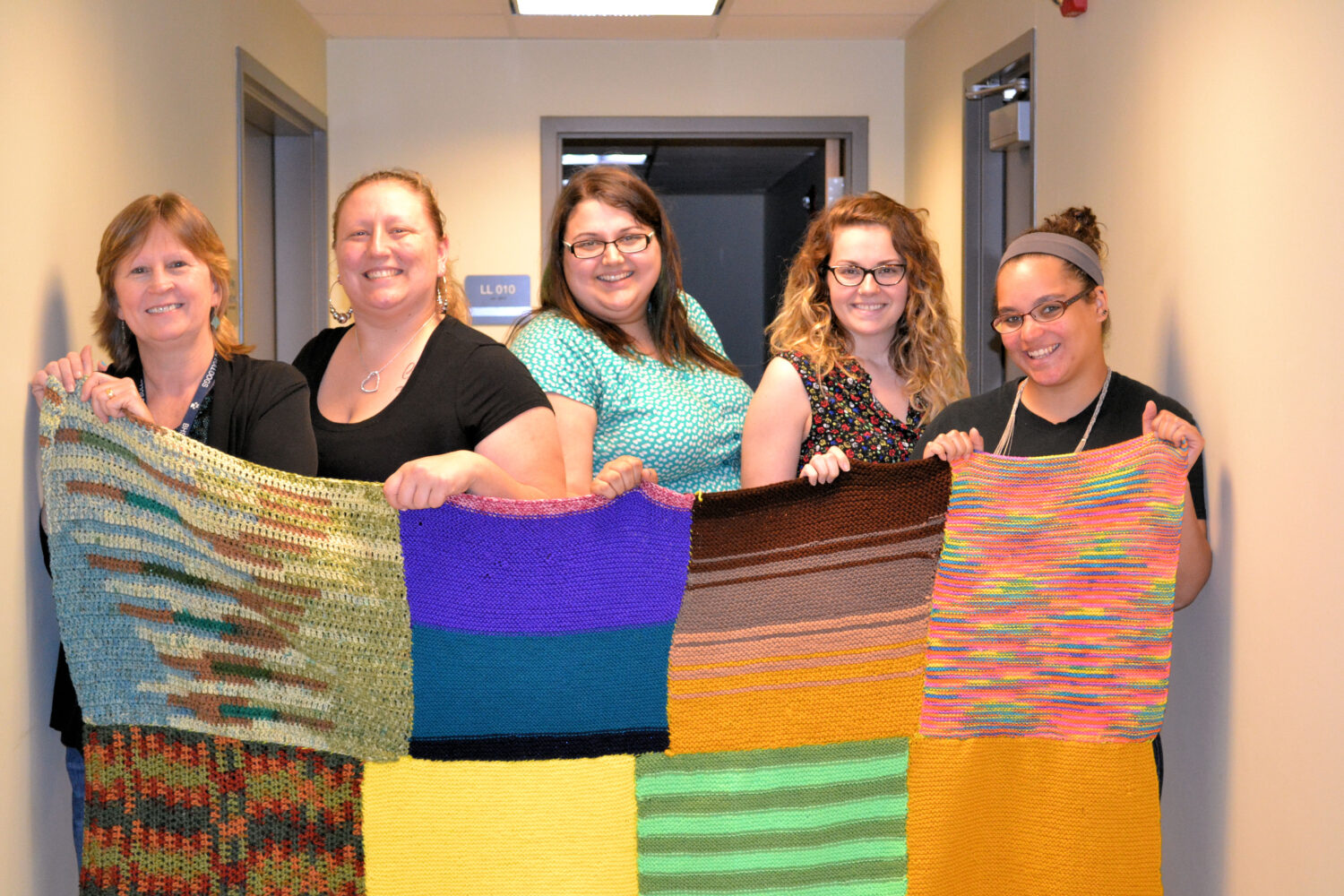 Us before we sent it in.

After I saw the bridge in person, I explored a little bit of the city. My grandmother grew up about 10 miles outside of Pittsburgh, so I’ve been to that little town dozens of times, but I had never been to downtown! I had some great tips from friends as far as what to see. My favorite thing was taking the little train on the incline to the top of Mount Washington to see the entire city from an observation deck. 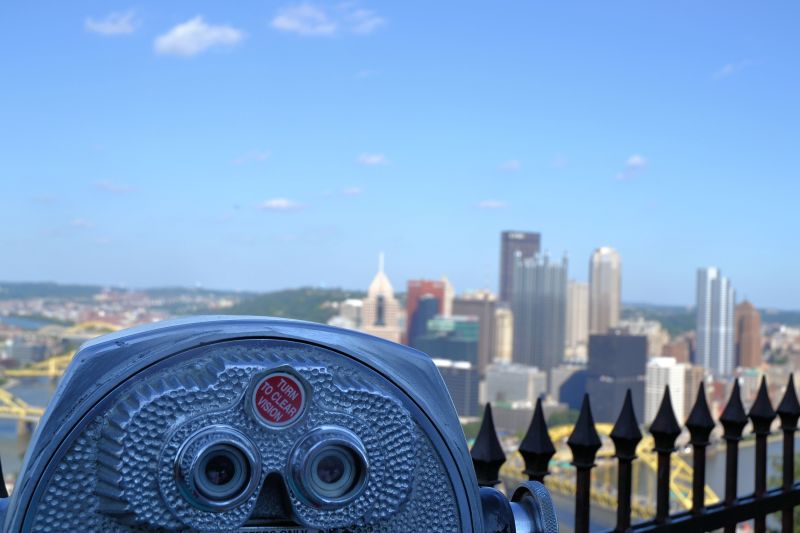 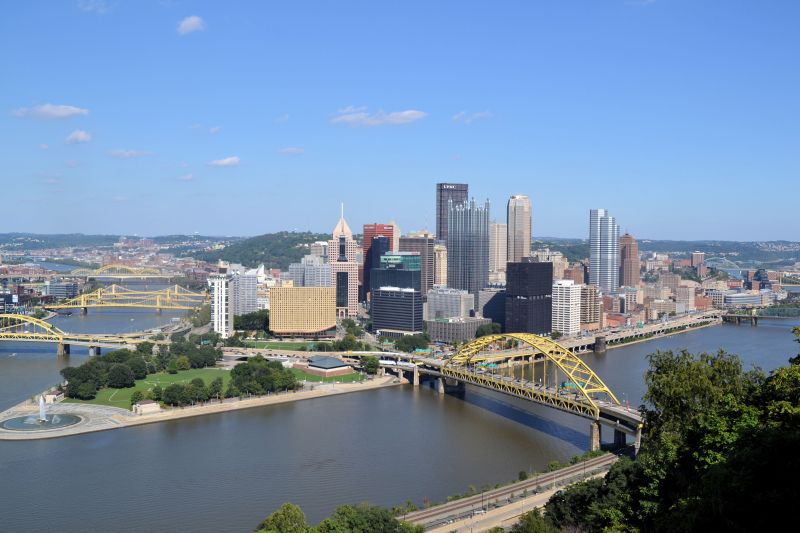 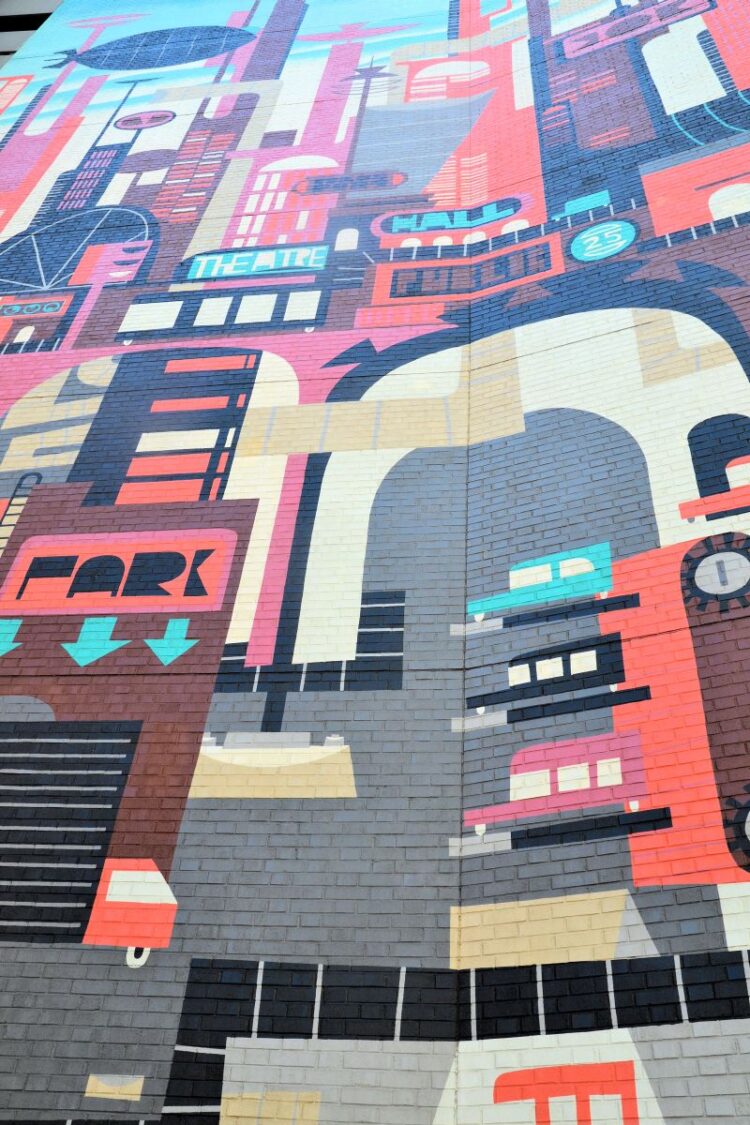 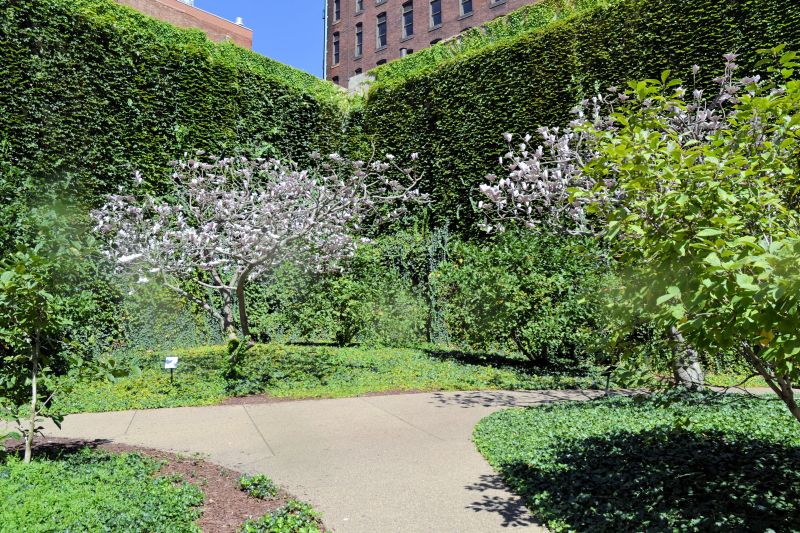 Beautiful green corner in the city

After I was done exploring, being stuck in rush hour, and being lost, I picked Bonnie Jeanne. She got off of work and we drove to her house. I got to see her house, which is what I imagined. It’s organized, full of beautiful mail, and I slept in The Purple Room! We went to get Mexican for dinner with Greg, and I had the best raspberry margarita of my life. After we got back home, I wrote letters at her table, next to a basket of incoming mail (which I could spot three missives of my own in). It was really wonderful, and I got really caught up on letters. 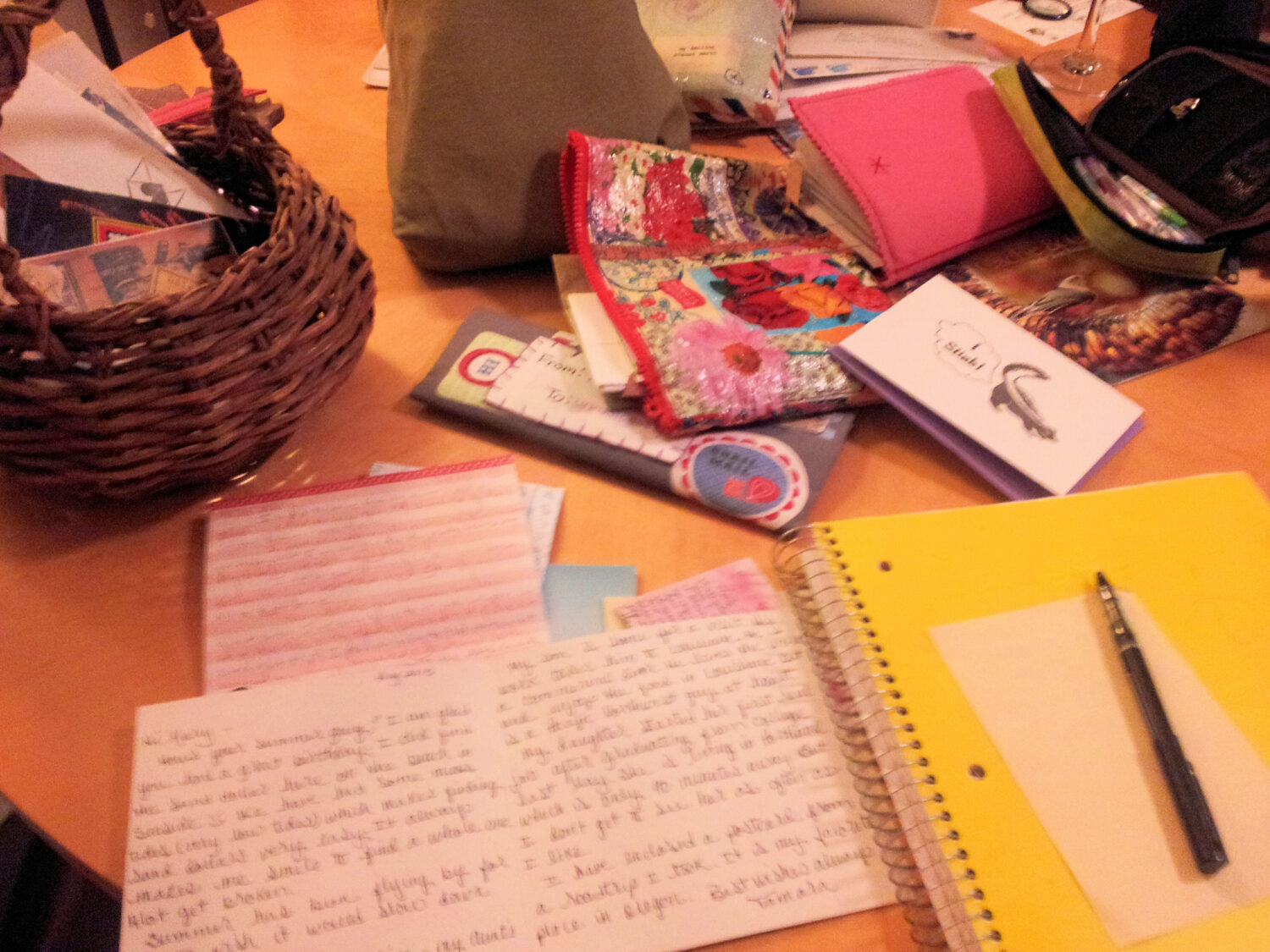 I’m glad I got to see the bridge and Bonnie Jeanne. I would never want to live in Pittsburgh, though. While the bridges are beautiful, they create an intense amount of traffic. Driving in Maryland may be awful, but I’m accustomed to our type of awful. I’m really in love with Baltimore.

I did feel really good listening to the Perks Of Being A Wallflower soundtrack during my trip, though. That movie was set in Pittsburgh, and this audio clip makes me feel infinite.