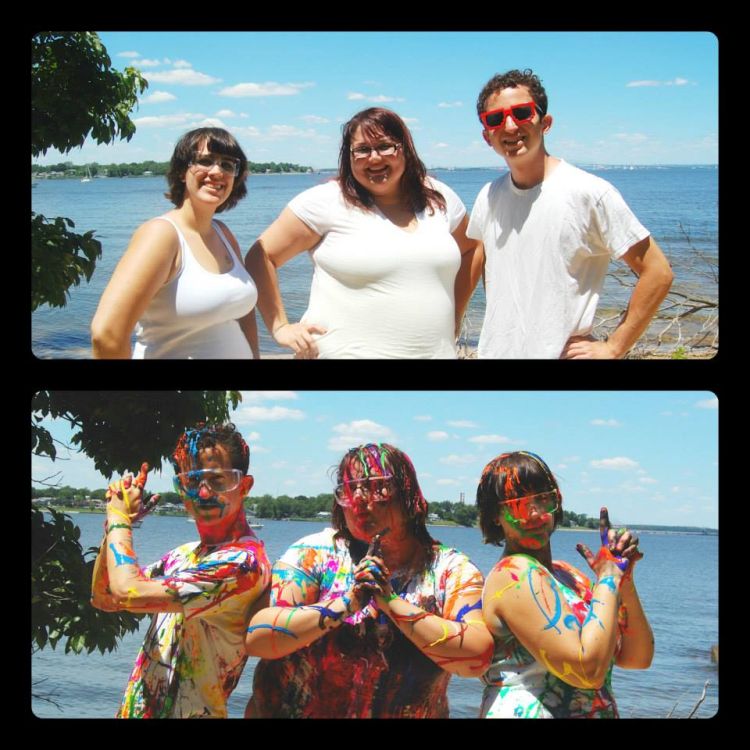 Jessica wanted to have a day where we got messy with paint, and I was completely into it. We brought dozens of bottles of non-toxic tempera paint, goggles, and a Twister mat to a park, and were prepared to get our white clothes messy in a beautiful way. Anyone was welcome, but the only person who was able to join us was Jason.

We had planned to do the paint fight in the grass, but Jason and Jess kept getting ticks on them (lowercase bugs don’t like me), so we moved down to the beach. It ended up being a great decision because not only did the beach look beautiful afterwards, but we were able to wash off in the bay. 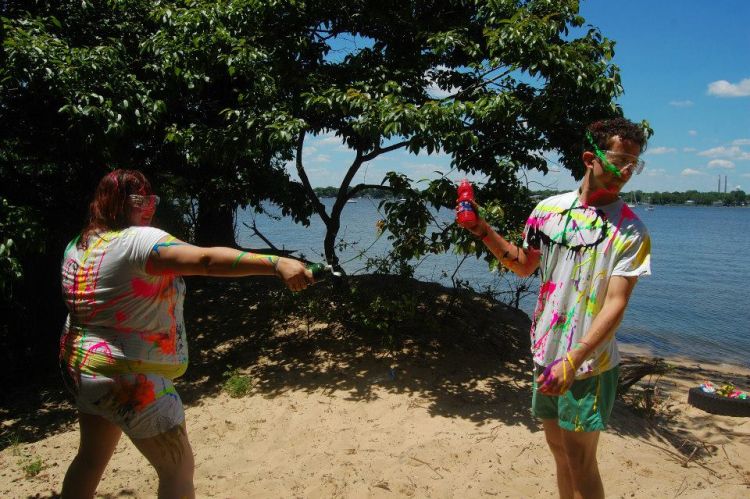 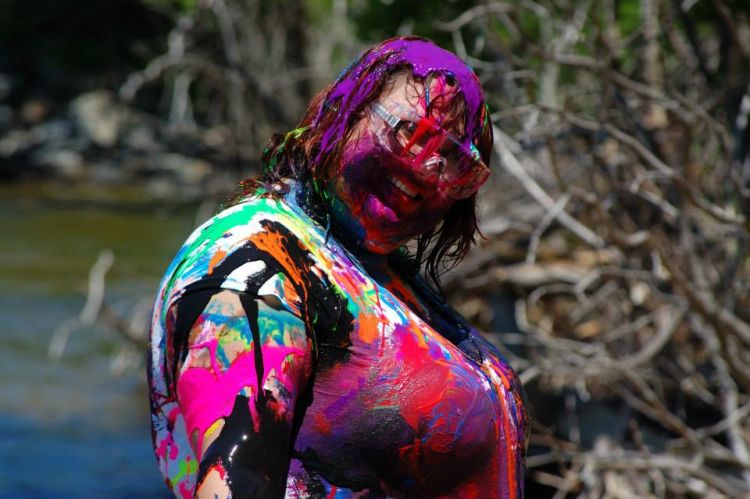 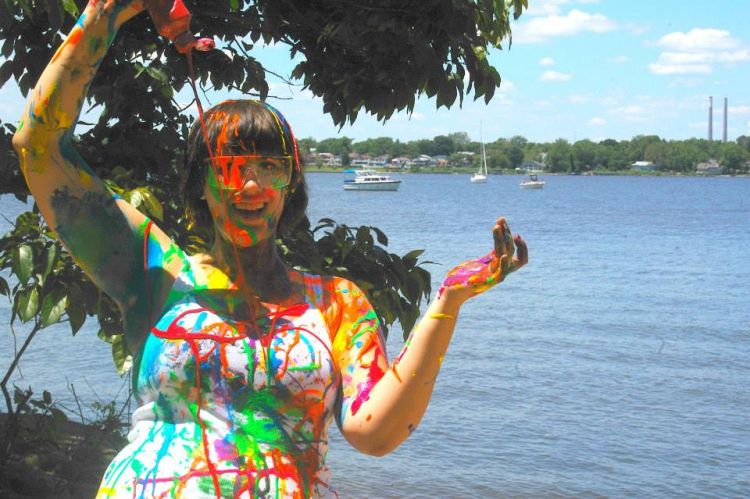 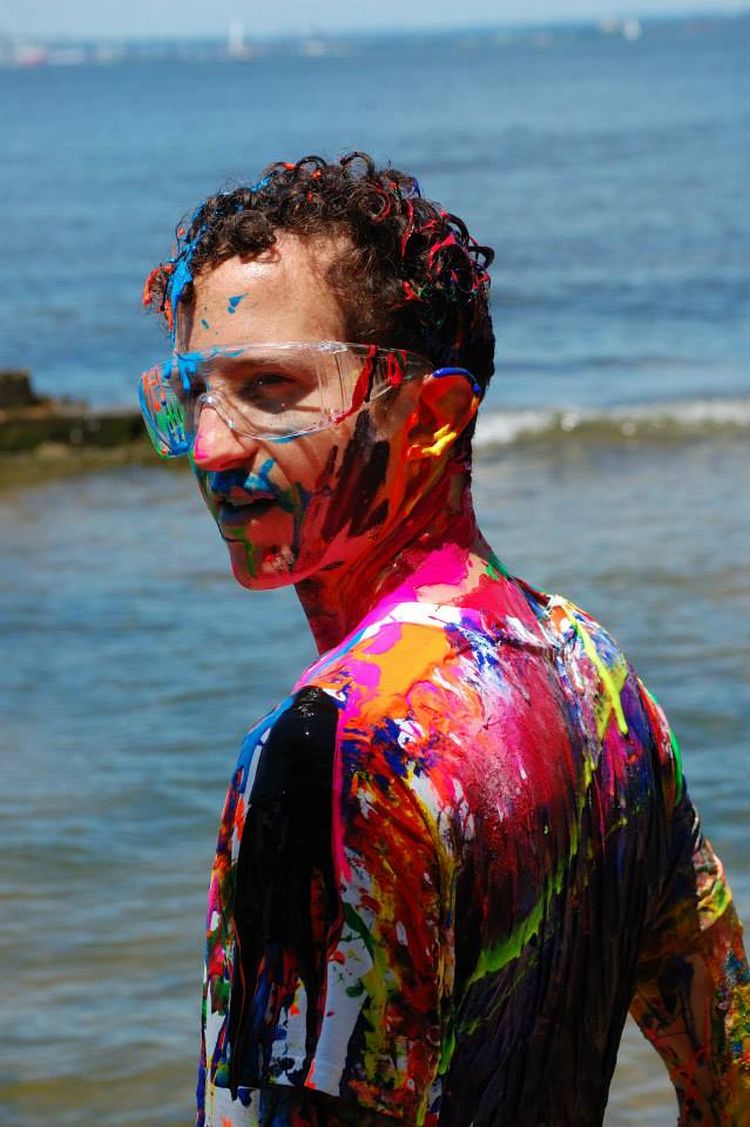 Someone had left a tire on the beach, which served as a nice shelf for our bottles, ahem, weapons. 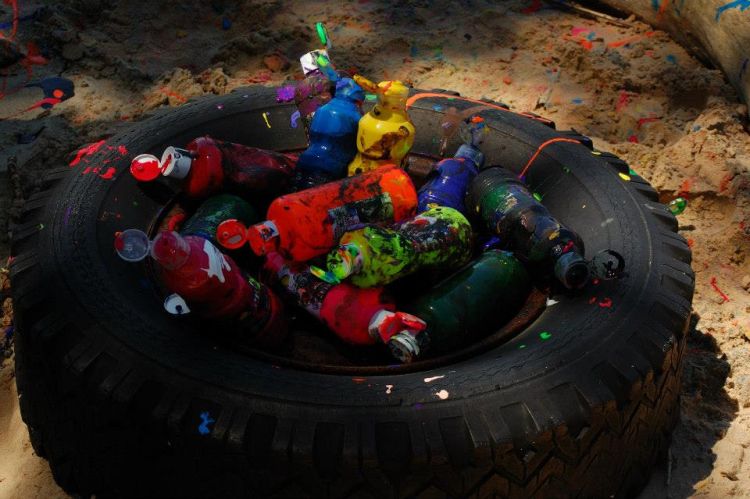 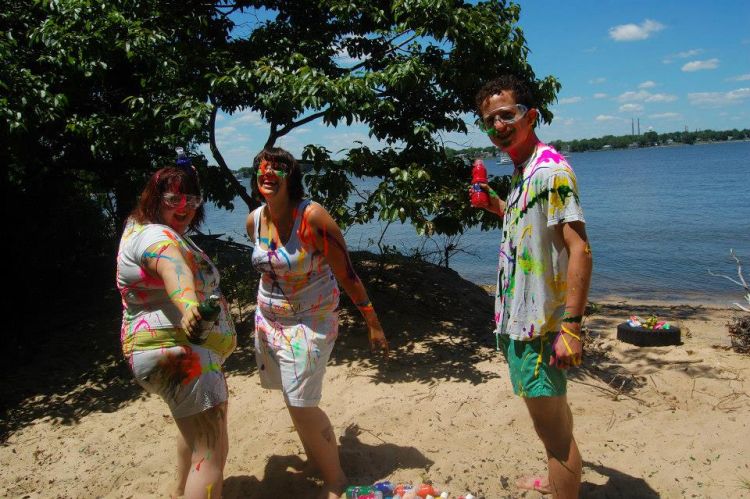 After we were slightly painted up, we prepared to play Messy Twister. This is something that everyone sees online and says they have to try at some point, and we were no exception. The thing is, though, it’s actually not that fun! It’s super slippery and even more uncomfortable than regular Twister. If you want to get covered in paint, my advice to you is to not use Twister as an excuse. Just put on some clothes you want to mess up and throw paint around. It’s 100% good enough. 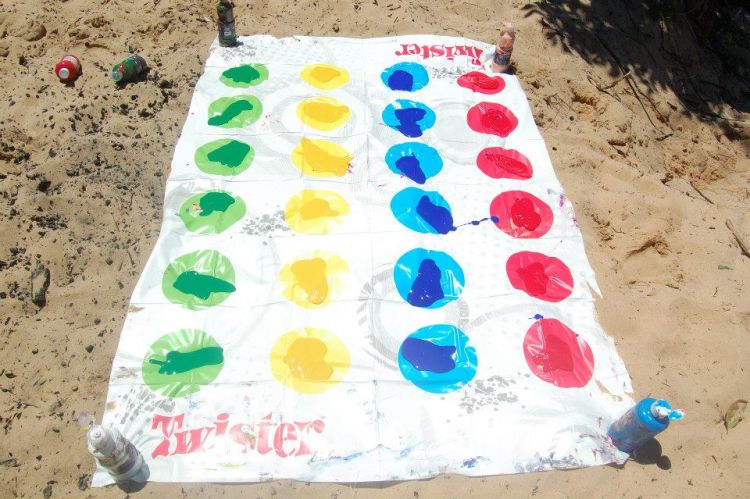 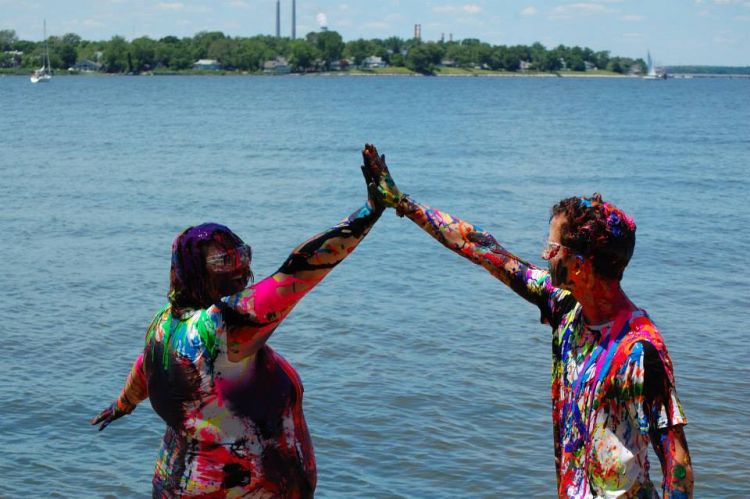 When it was time to wash off, but there were tons of rocks at the shoreline, so the picture Jess snapped of us emerging into the water that would house our colorful baptism makes it look like we’re rainbow zombies. I’m into it. 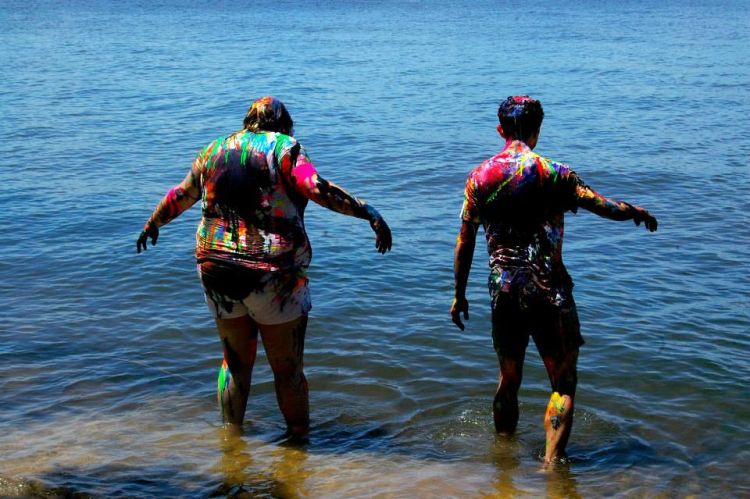 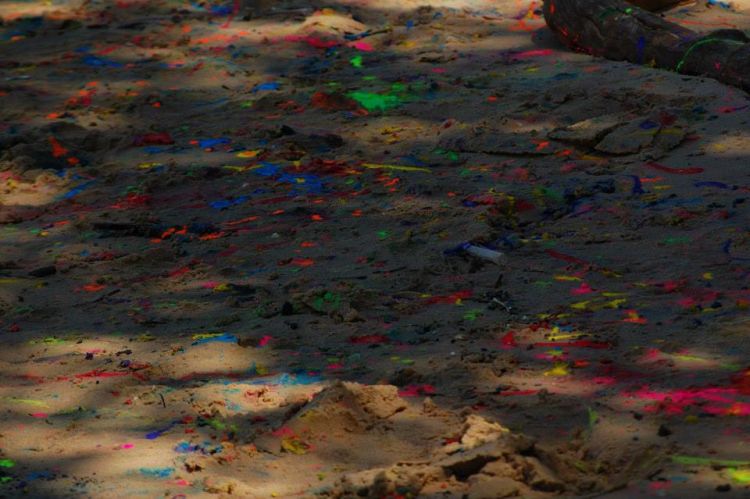 Our shirts were permanently stained in a burst of colorful explosion, even after we rinsed as thoroughly as possible. And the beach looked pretty epic afterwards, too. It was a wonderful time, and we’re definitely going to do it again. Next time might be with Holi powder, but the idea of not having another paint fight seems like a waste of living to me.

Check out the video for some footage of us playing Messy Twister, pouring paint on each other, and washing off in the bay. 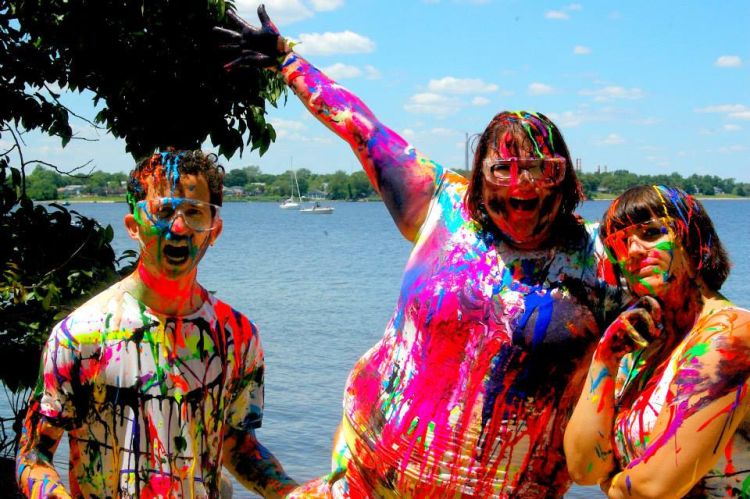 Thanks to Jessica for the idea and for taking all the pictures, to Jason for joining us and adding so much fun to the experience, and to the bay for hosting us.