Last year, April and I performed a magical ritual: A Mermaid Baptism. I mentioned it in my #84/100 Ways To Be Creative post because I set my alarm to remind me to celebrate it this year. I’m excited to announce that the alarm worked wonders, and I was able to remind April of the anniversary as well.

This time, I documented the ritual, and I’m going to share some aspects of it, in case you’re interested.

There’s a park I used to frequent as a kid, and my dad actually went there when he was a kid, too. In the late 60’s, kids built a bridge over the swamp that is in between my neighborhood and the park (they’re that close). The bridge isn’t really there anymore, but it’s just a three minute drive. I know lots of secret spots in the park, including the area that I went to yesterday.

I made the space my own, with some blue tinsel, and I strung some teal and yellow yarn in between trees. 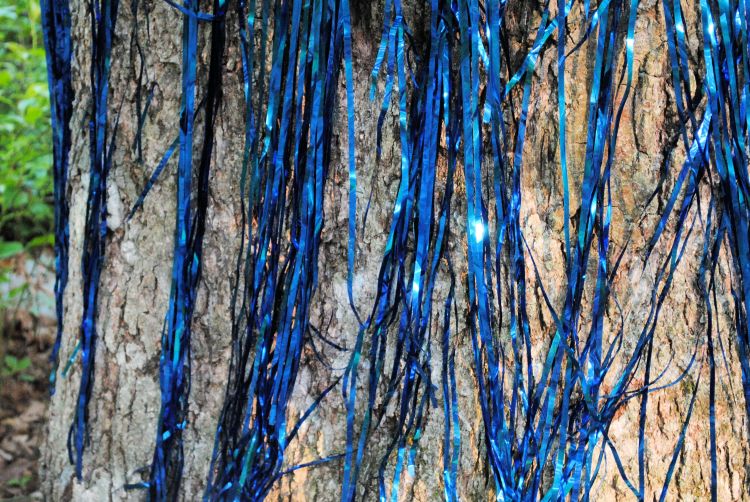 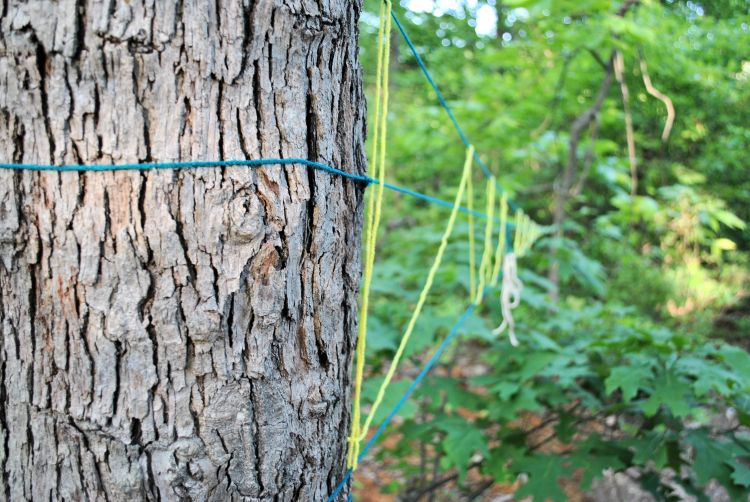 Then, I put out my supplies on a miniature green blanket that I knitted. 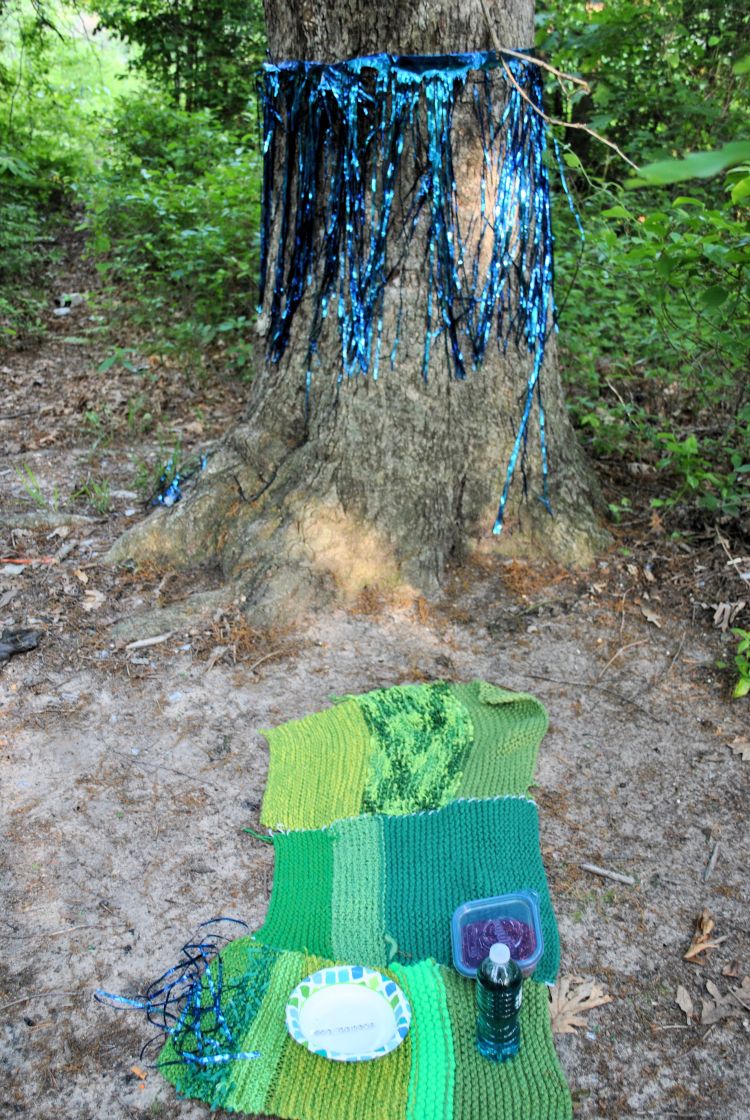 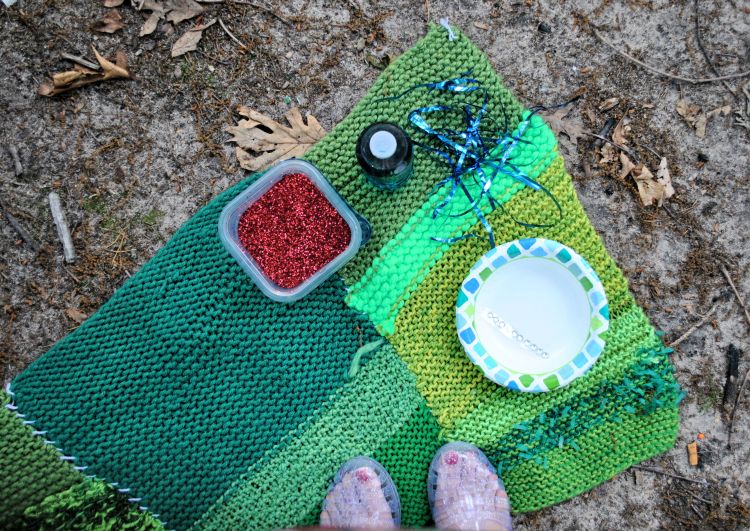 I mixed the teal water with my glitter and rubbed it on my face, arms, and chest. I created a symbolic circle with the water and glitter, and did some meaningful dances around the space. 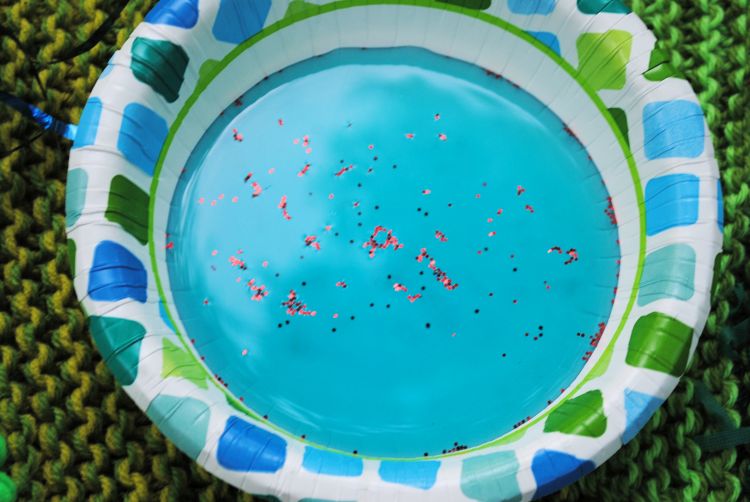 I set my video camera on a log before I began, and had no idea if it was getting me in the shot (there’s no screen to see what’s in the frame), but it caught almost everything, which is awesome. So below you can get the gist of what I did.

By now, you know my interest and connection to mermaids, so I won’t bother to explain why this ritual is important to me. Let’s just say this is the equivalent of my church. Mermaiding in the woods is as close to religion as I get, and I’m happy about it. 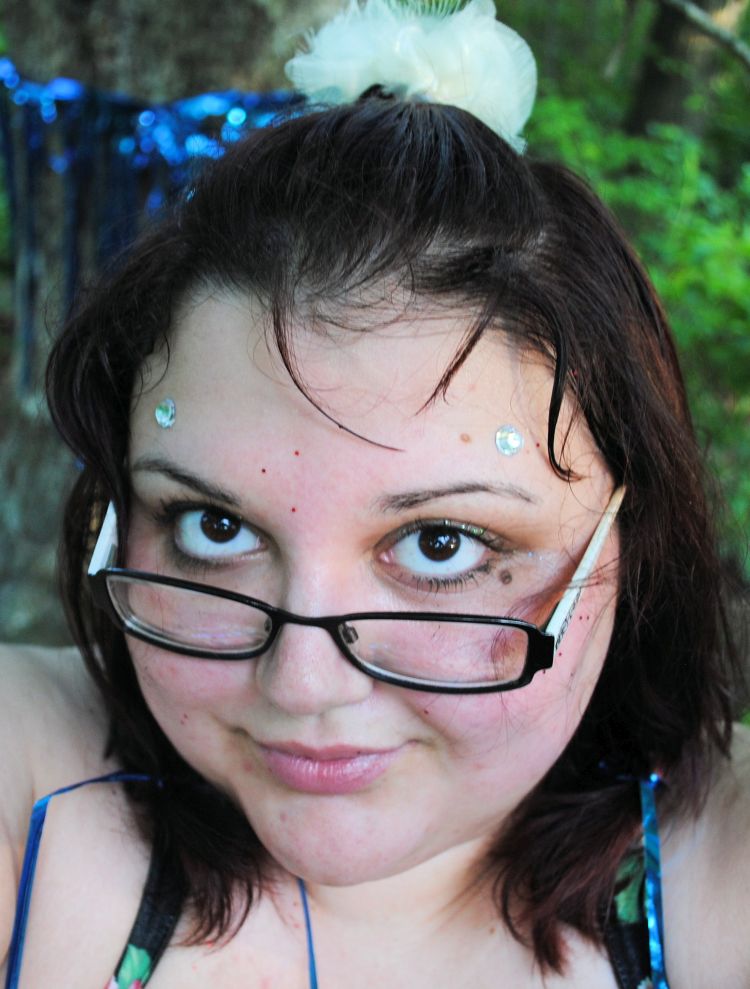