How To Play True American

By now, you probably know that I am obsessed with New Girl, the show with (the fantastic) Zooey Deschannel. Is my love because of how strange Jess Day can be? Is it how many colorful cardigans she wears? Is it that her go-to drink is the same as mine? Is it the beautiful dynamic between the characters, especially between Jess and Nick? Yes. To all of the above.

If you’ve ever seen the show, you might be familiar with a game that all the characters play when they’re together in the loft– True American: a life-sized Candy Land/drinking game. They never really showed enough of the game for the audience to figure out the rules, and they even admitted in an interview that they themselves don’t know how to really play. The thing is, though, that it looks like more fun than anyone has ever had. So some “overly” passionate fans went ahead and filled in the gaps. Thank you, internet!

The two main videos I watched to learn the rules were this and this. (There’s good information in the first one, even though I can almost guarantee you’re going to be incredibly annoyed with the girl speaking.) Today, I’m going to try to write out the rules for you. I will include supplies, how to play, things to remember throughout the entire game, and optional twists.

Remember that this isn’t a “real” game, so you are free to fill in the rules as you’d like! And the best way to learn, like any other game, is to actually play. 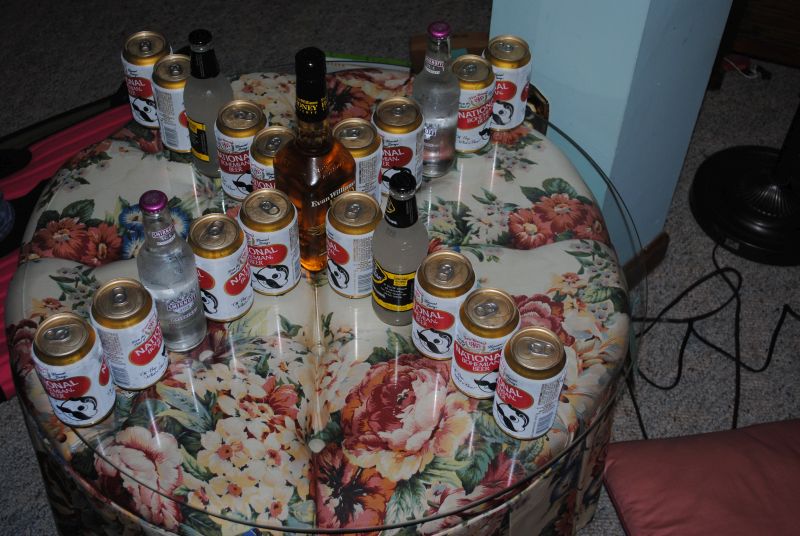 1) King of the castle. Set up your drinks on the table in a pinwheel-like fashion. The bottle of liquor (King of the castle) goes in the center, and the beers (pawns) stem out in four separate rows. The table goes in the center of the room. (I actually recommend doing this much closer to starting, just because setting up can take a while and you probably want your drinks cold.)

2) Create your obstacles/stations. There are four sections of the room, and each section has five stations (20 total). The fifth station of each section should be within reaching distance of the table in the center of the room. It should be tough, but physically possible for you to get from station one to station two to station three, etc. within each section.

Examples of stations: chairs, couches, exercise equipment, shoe box lids, cushions. In section one of our game, you began sitting on a stationary bike-type piece of equipment, jumped off onto a cushion, jumped onto the bottom stair, and rolled on an exercise ball to another cushion. Why are these stations necessary? Because the floor is lava.

3) Label each station with a simple sticky note, so you know where to go next.

4) Designate a bin or box for the empty bottles.

1) Stand around the table in the center of the room. Designate someone to shotgun a beer. Have everyone yell “1, 2, 3, 4, JFK” and the beer-shotgun-er will yell “FDR” and chug. As soon as they’re done drinking, grab a beer and run to a spot. Any spot will do.

2) Figure out the order you’re playing in. Maybe just pick someone and go in clockwise order?

3) Every time it’s someone’s turn, that person will have three options:

Whoever’s turn it was and the person(s) who win that round have to advance to the next space within their section. (If there is no winner, the person whose turn it was still has to move.) 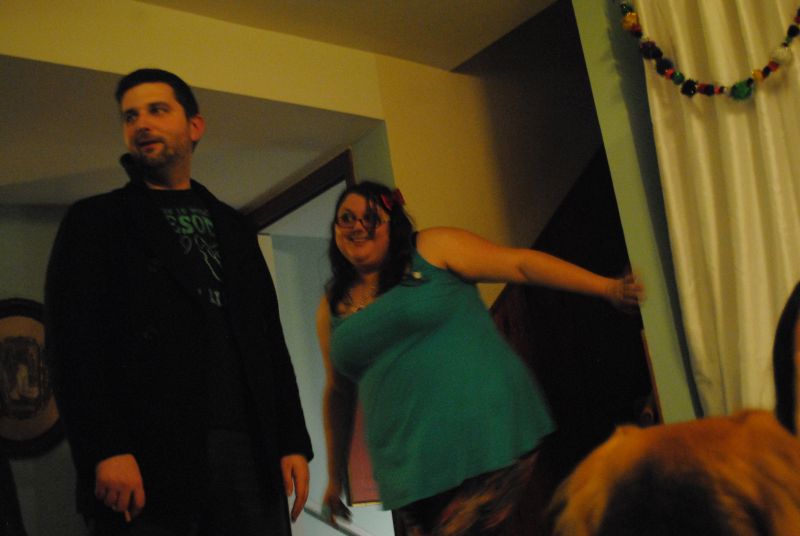 2) At any point in the game, any person can yell “Where does the trash go?”, at which point everyone else has to respond with “In the junkyard!” and throw any empty bottles they have into the designated bin.

3) If you are caught without a beer, you are out.

5) In order to get back in the game, you must drink an entire beer.

6) Whenever you land on station 5 (of any section), you must grab another beer… even if you’re not finished your first! And if you drink like my friend, Munchel, you might want to wear something with pockets because you are going to be doing a lot of climbing.

7) It is possible that you will have to share a station with one or more people.

8) The first person to get to a station 5 when there are no beers and only the bottle of liquor on the table, must drink a shot of the liquor. They will then be declared the winner. 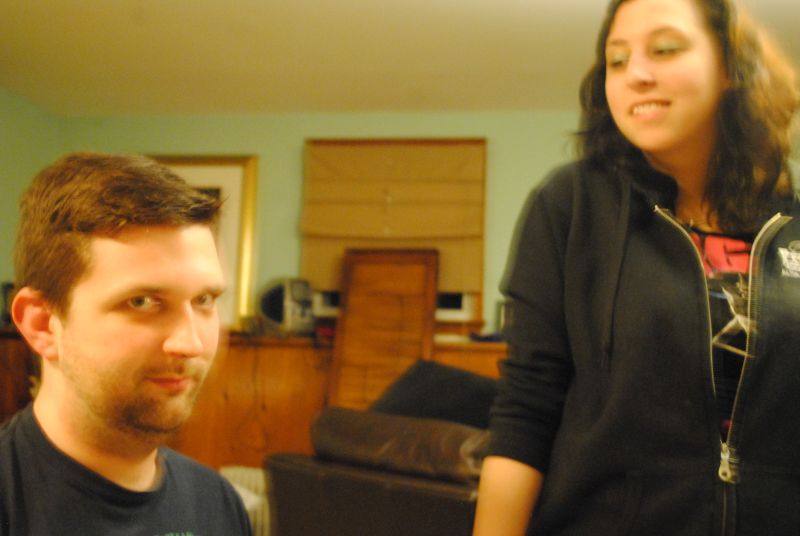 3) Teamwork (i.e. holding someone’s beer while they army crawl under a makeshift bridge, or riding piggy-back)

4) Keep replenishing the beers so no one ever wins

6) Anything else you want. Remember that you’re drinking and there are already a lot of rules to keep in your head, so maybe make it more complicated once you have some experience under your belt. 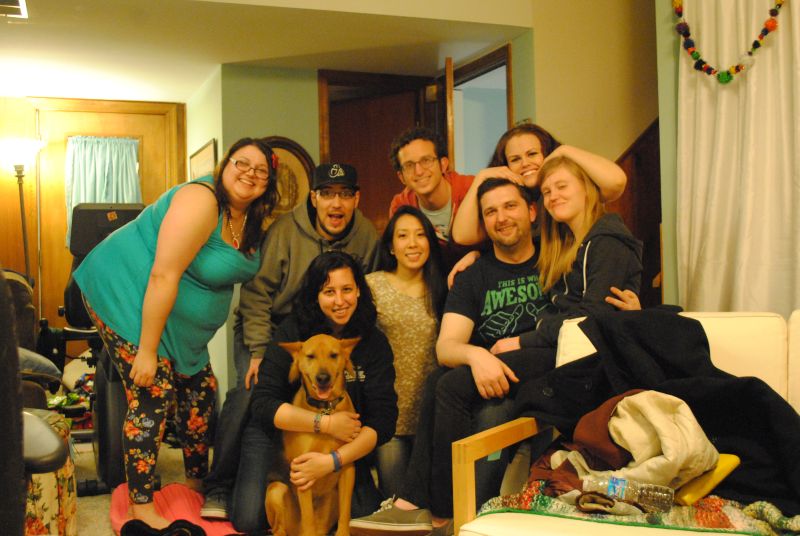 Does this look like something you would try? I swear it’s one of the most fun games I’ve ever played.