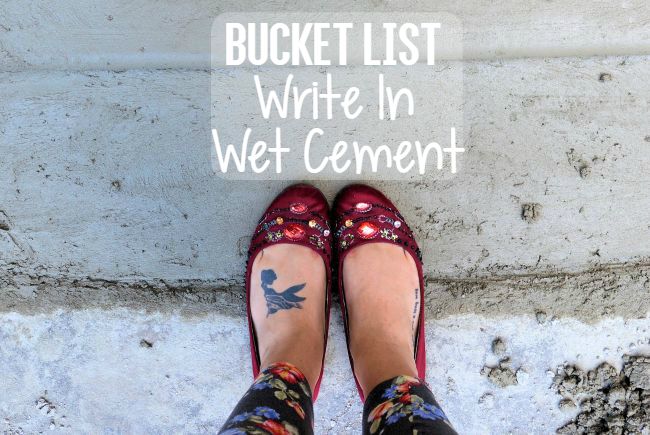 I’ve always wanted to write in wet cement, which is why it was on my official Bucket List. They’ve been doing a lot of construction near Joe’s house lately, and it seemed like we always just missed the stage where it was wet! One day, Joe left the house to run an errand and I immediately got a call from him on my phone. I thought he had forgotten his keys, but he was letting me know they just finished laying down some cement around the block, but to be careful because the construction workers were still around.

I grabbed my keys and camera and ran to find it. I used the blunt side of a pen to draw in the cement. It was more difficult than I thought it would be! Very gritty. 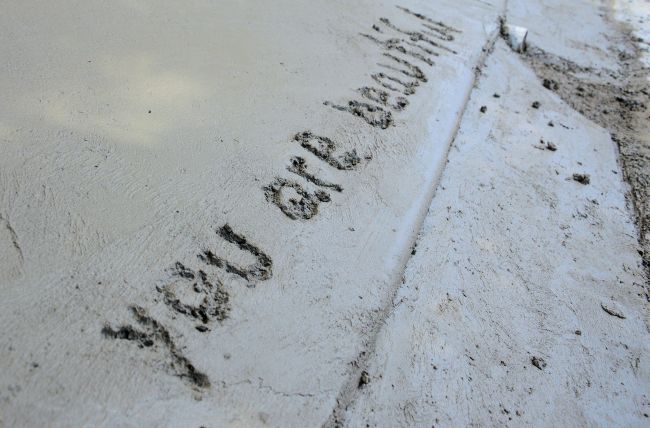 One day in college, I wasn’t paying attention in class and wrote a letter to my friend, Janice. It was about how I had always admired bathroom graffiti. I never thought any type of graffiti was inherently “bad”, like they taught us in school, but I had never written on the wall of any bathroom for myself. I always wanted the thing I wrote on a bathroom wall to be really important because of its permanence. (Even as an adult who does street art, I always gravitate more towards temporary installations.)

Wet cement is probably even more permanent than a bathroom stall, but I finally found a phrase and concept I can get behind leaving my mark with: “You Are Beautiful”, because you are and so am I. 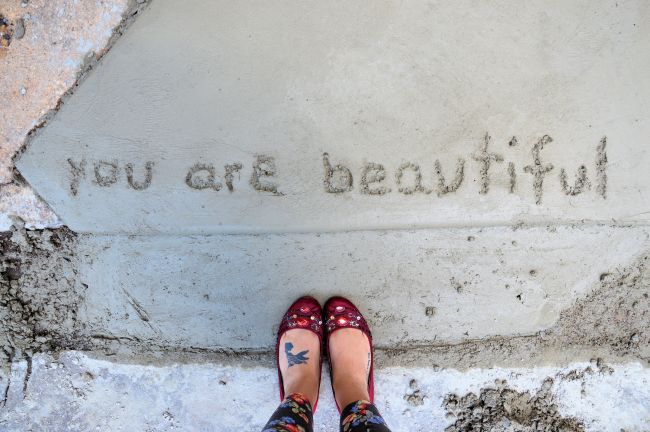 I also turned these into stickers you can buy!

Have you ever written in wet cement? What would you write if you could?