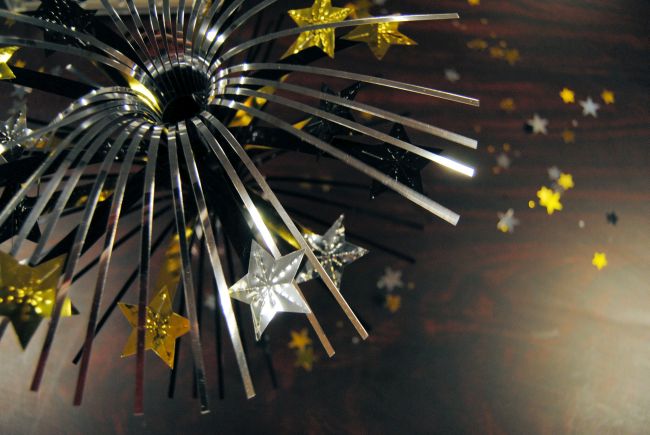 This month, my community event idea was straight off my Uncustomary Dates list: get all dressed up in “black tie attire” and go bowling. I chose May because it’s Prom Season, so the hope was that we would show up looking like way-too-old high schoolers playing a game before we headed off to the dance. All was well in theory, but what I didn’t expect was that bowling alleys apparently aren’t “cool hang outs” like they were when we were kids! No one was there to witness our shenanigans. 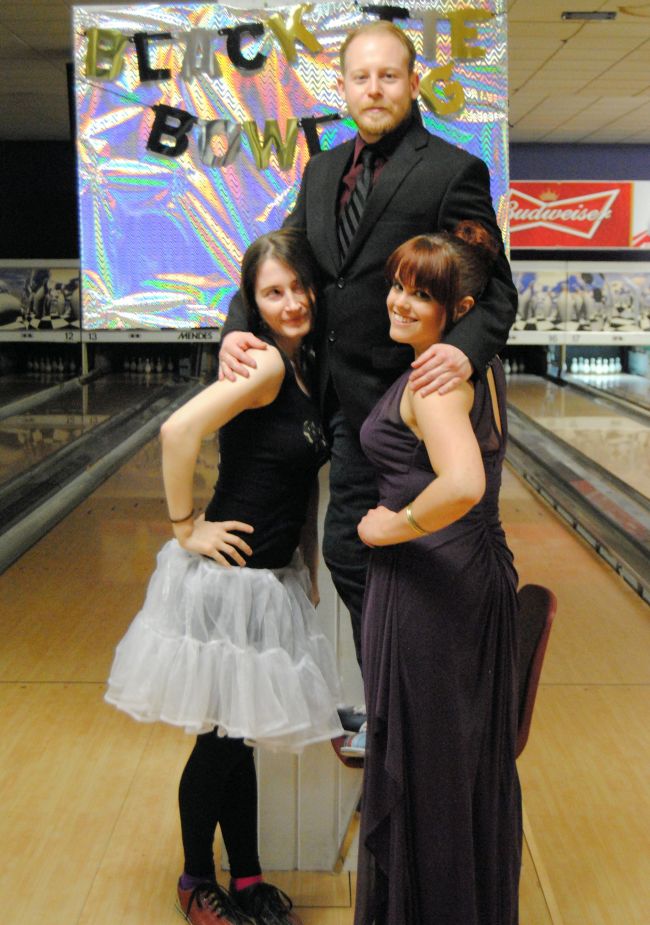 I had called earlier that day to reserve lanes, and the lady kind of laughed at me for trying. When we showed up there were less than five people in the entire place! So crazy. This exact alley was a place all the pre-teens would hang out on weekends, and it was just left as a shell on a Friday night. 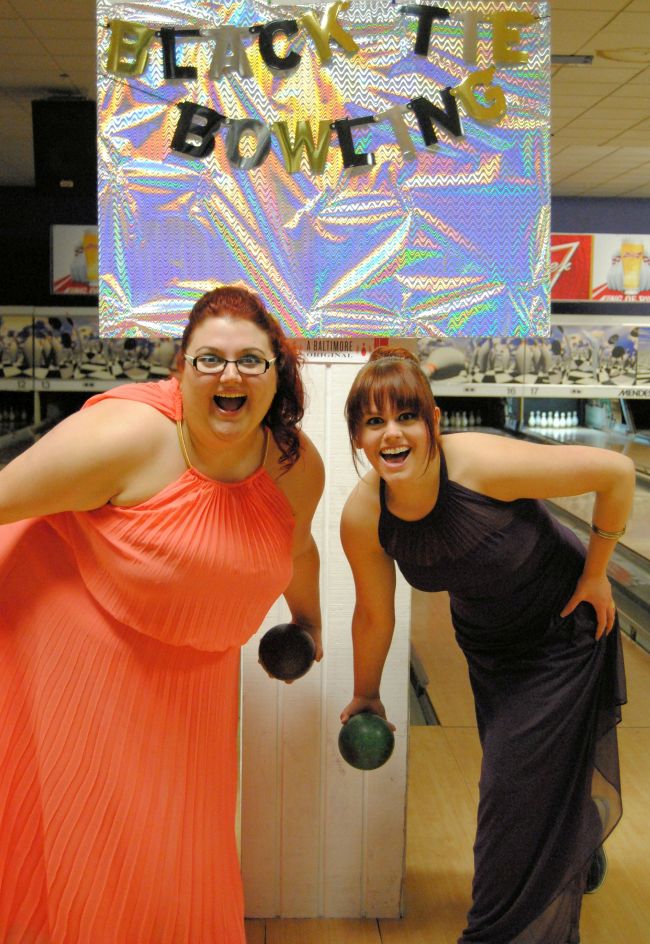 There was a good portion of the night where we had the entire place to ourselves, but as it got closer to Galaxy Bowling, where all the alley embodies the environment of a rave, a few more people showed up to play. It’s cool, though. Having an alley to ourselves was a new experience for us, and we decided it was good enough. We had a good time.We were also surprised by how good and cheap the food and beverage options were. Wine coolers and cheese steaks? Not just soda, shitty beer, and concession stand pizza? Score! 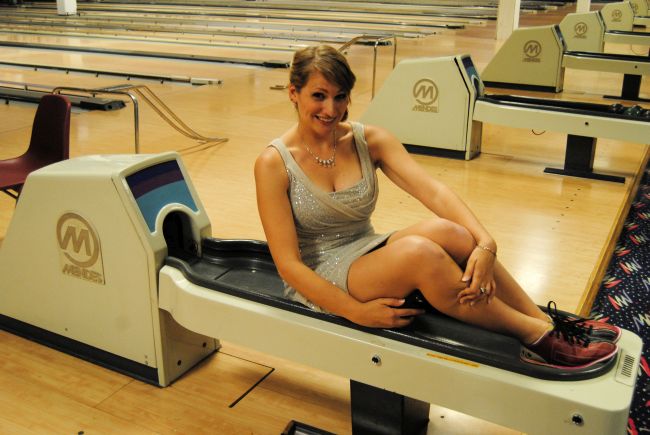 I brought a little backdrop for photos, which we took advantage of. How could we not? Look how spectacular everyone looked!! Sequins, tutus, and literal black ties! We looked so dapper in our fancy clothes and clunky rental shoes, too. 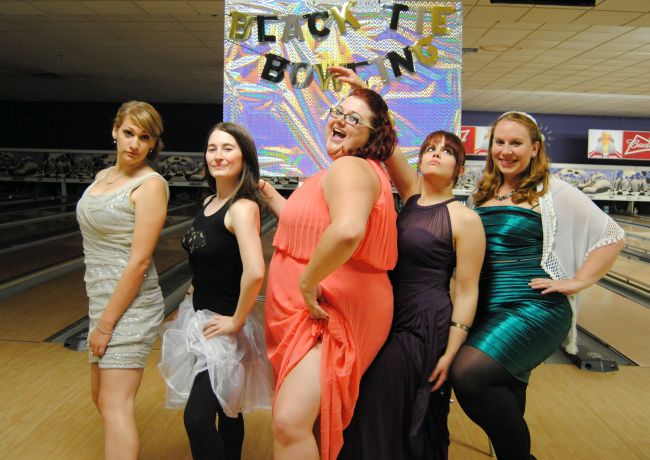 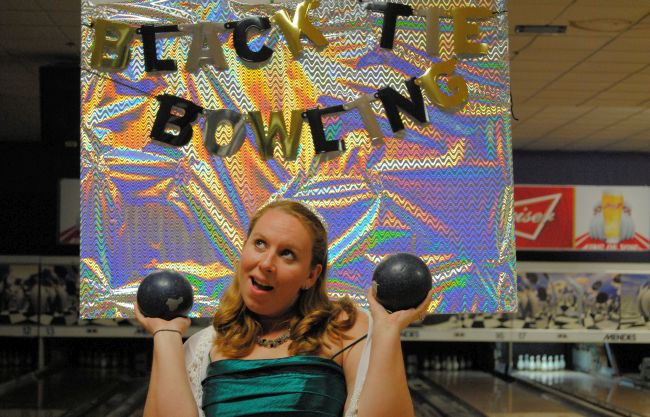 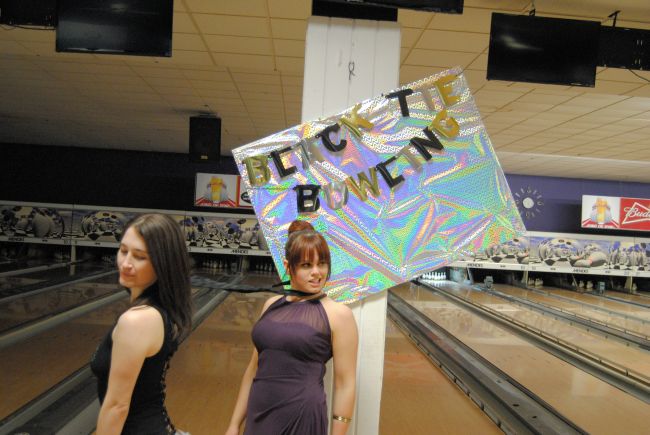 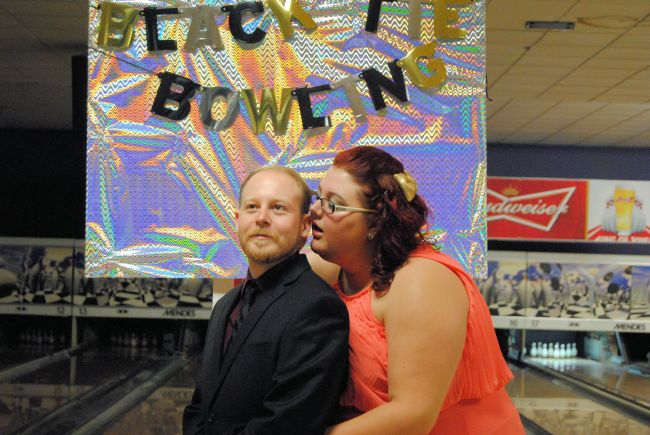 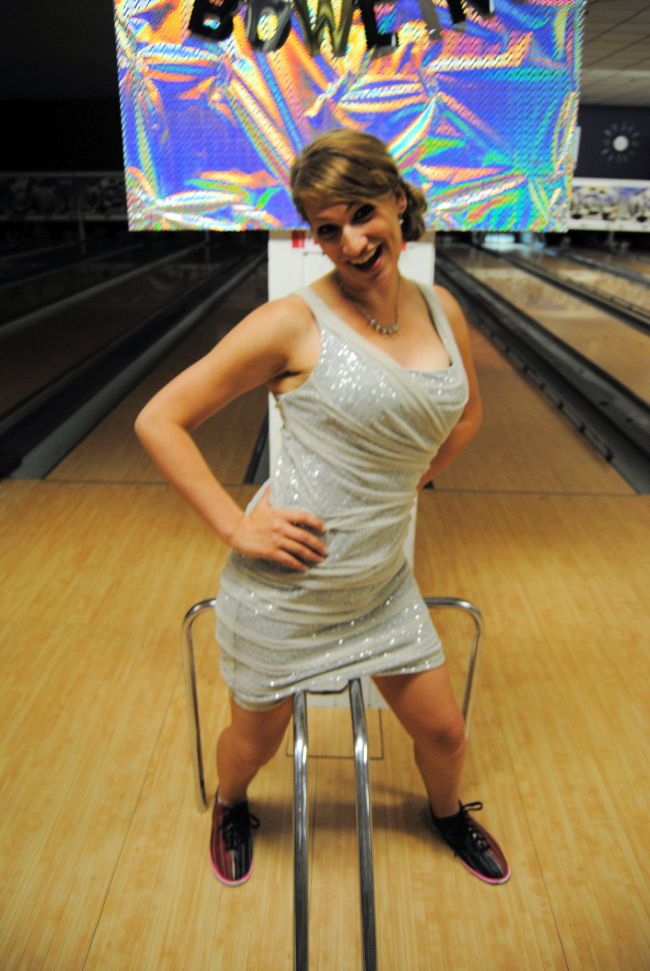 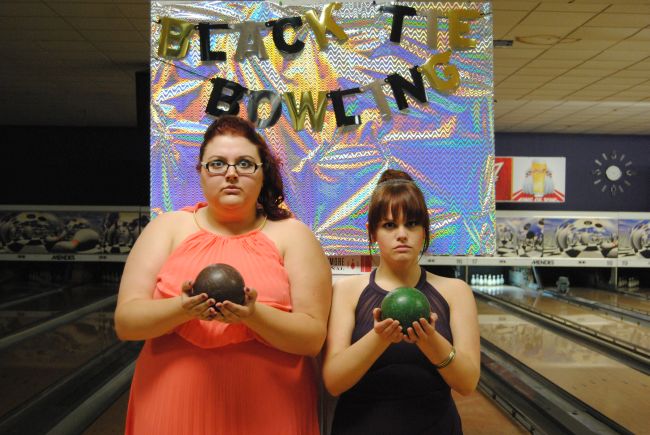 Yeah, we actually bowled too. 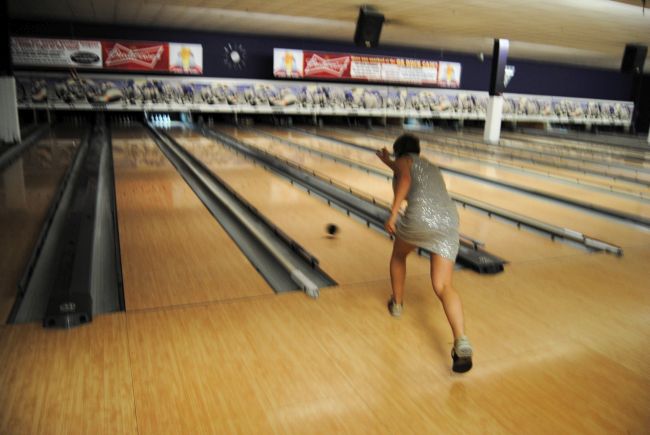 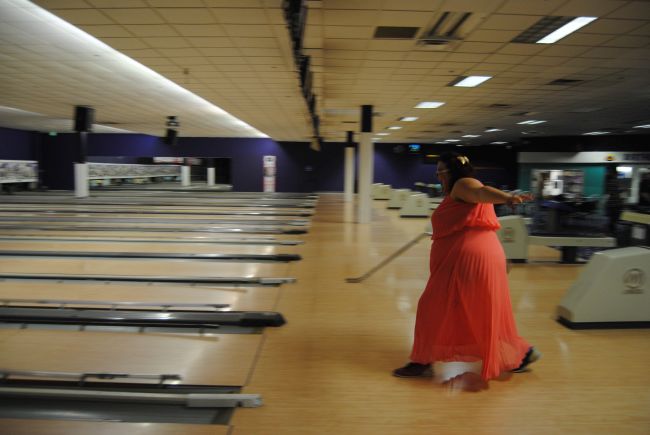 Nick might try to tell you that he actually won by one point, and that we altered the scores, however this photograph is the ultimate evidence that I will submit to the court. Your honor, let the record show that Judy kicked Nick’s ass. 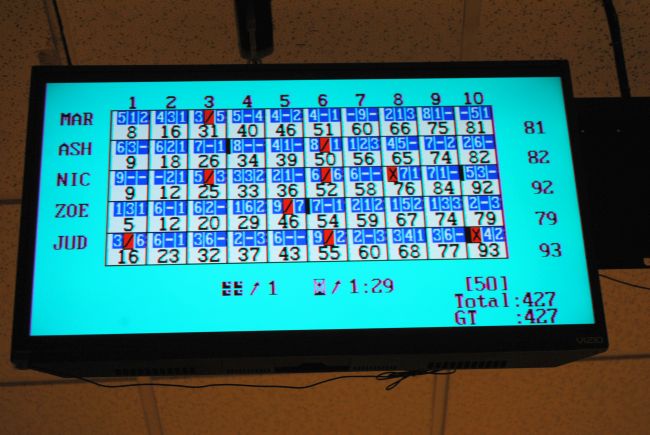 Nonetheless, the top two bowlers were crowned Prom Queen and King, and shared a slow dance (leaving room in between for the holy ghost) beneath the neon light show raining down on us from the ceiling. 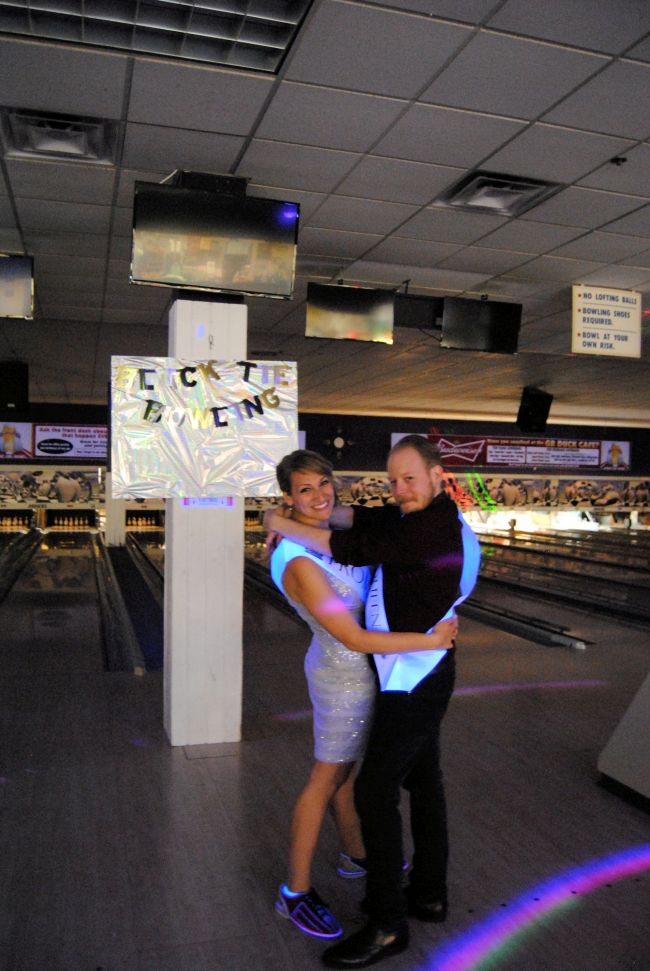 Thanks to all the awesome employees of Glen Burnie Bowl for putting up with our nonsense, and their very reasonable rates! (Their shoes are so big, though! Ashley had to get all the way down to kids shoes with Velcro like a baby with orthopedic inserts. A sexy baby with orthopedic inserts.) And thank you Ashley, Nick, Judy, Zoe, and Katie for dressing to the elevens and coming out for some fun! Unfortunately, Charlotte wasn’t able to come out till we were done bowling so we could see her unique style.

See upcoming and past event information here. Would you ever wear prom-gear to a bowling alley?

FYI I have no idea who took what photos of us in front of the backdrop. Me, Ashley, Nick, Judy. Credits all around!