100 Ways To Be Creative: Have An Art Picnic

#44 on my 100 Ways To Be Creative list is to have an art picnic. I decided to do this with my friend, Michelle, who now also lives in Maryland.
The main middle ground between our houses is Laurel, so we tried to find a place to do it there. The first park we picked had been burned down in March. And when Michelle got to the back up park, it was inaccessible, due to a street festival. We persevered, and found a nice park with a lake. 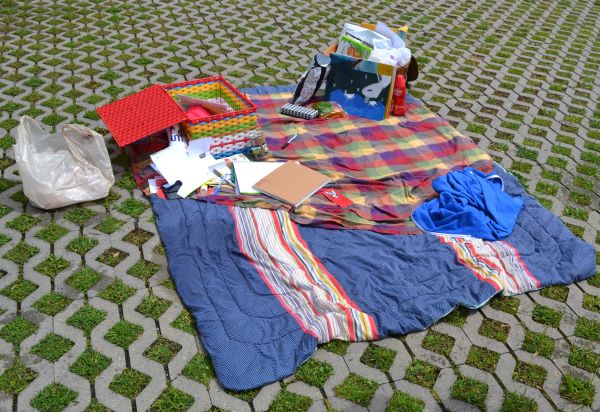 We set up on the soggy ground, under a flagpole, next to a playground. 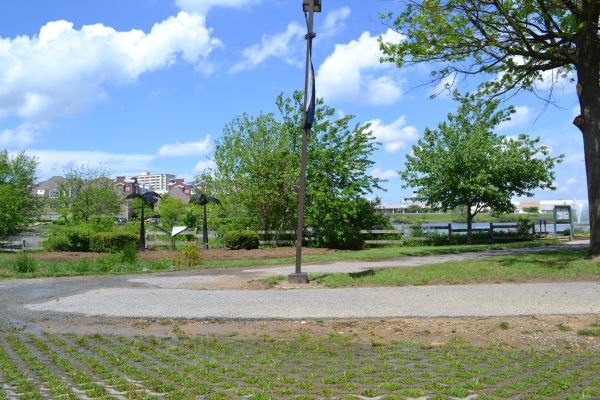 We had a nice view of the lake, fountains, and people walking by. 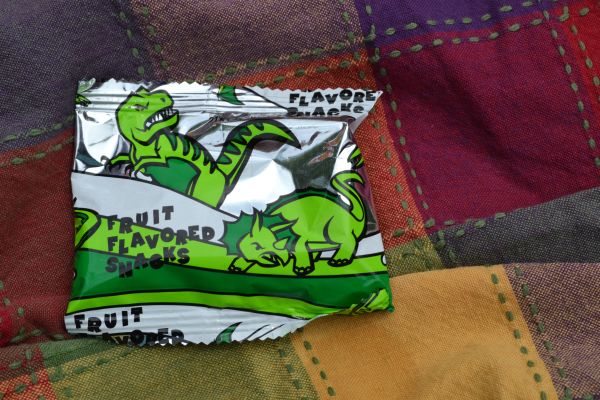 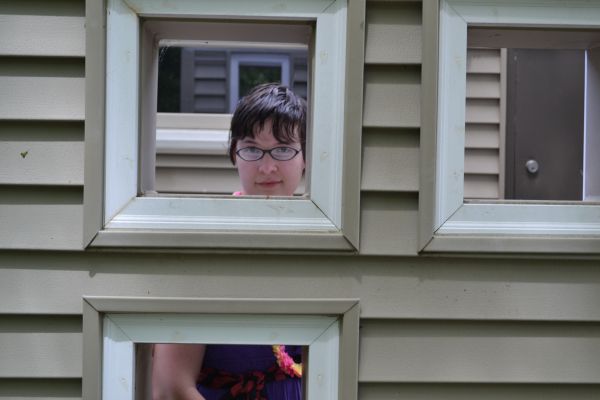 We took a break to go to the bathroom, 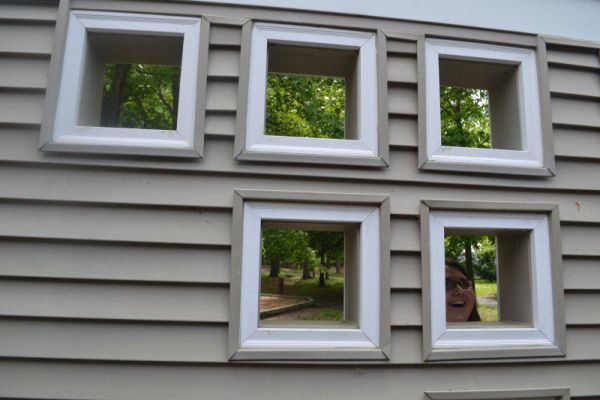 and found some windows, 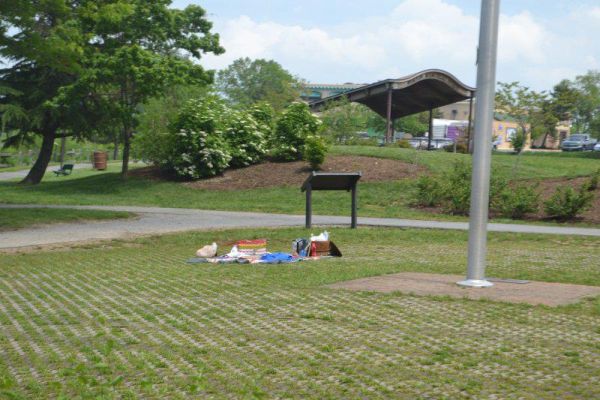 but then we walked back to our blankets 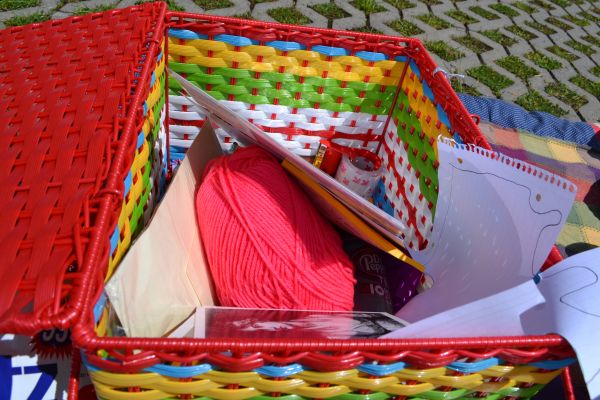 and worked on mail, art, and being creative. (I also recorded Michelle opening up her mail, and a video will be created later.) 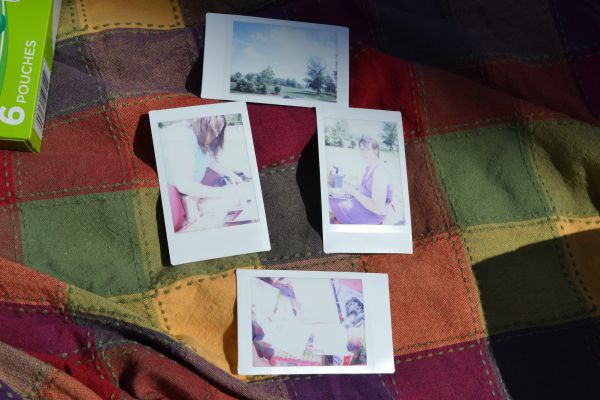 I also took some instant photos with my mini Polaroid. 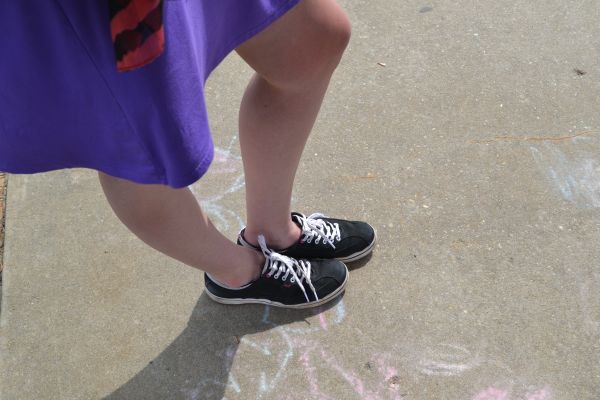 After a few hours, we were hot in the sun and our butts were wet, so we packed up and walked over to the nearby stage. We twirled and admired the sidewalk chalk. 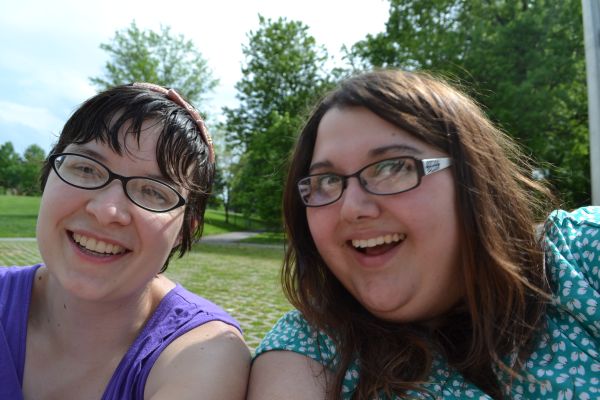 We had a really good time. 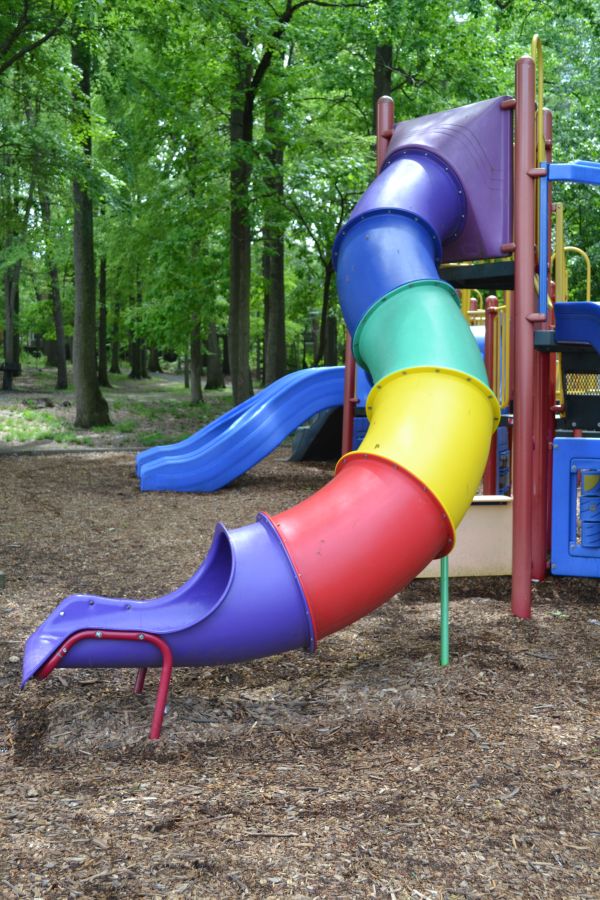 Rainbow slide!
It’s nice to be doing creative things outside. When I was writing postcards to pre-addressed strangers, I was never at a loss for words. There’s so much stimuli and inspiration all around, there’s always something to think about. We decided we should probably do this more than just the one time.
Also, if you want to see gifs of me dancing, you should check this out.
Michelle pointed out that any music works with it.

Have you ever had an art picnic?